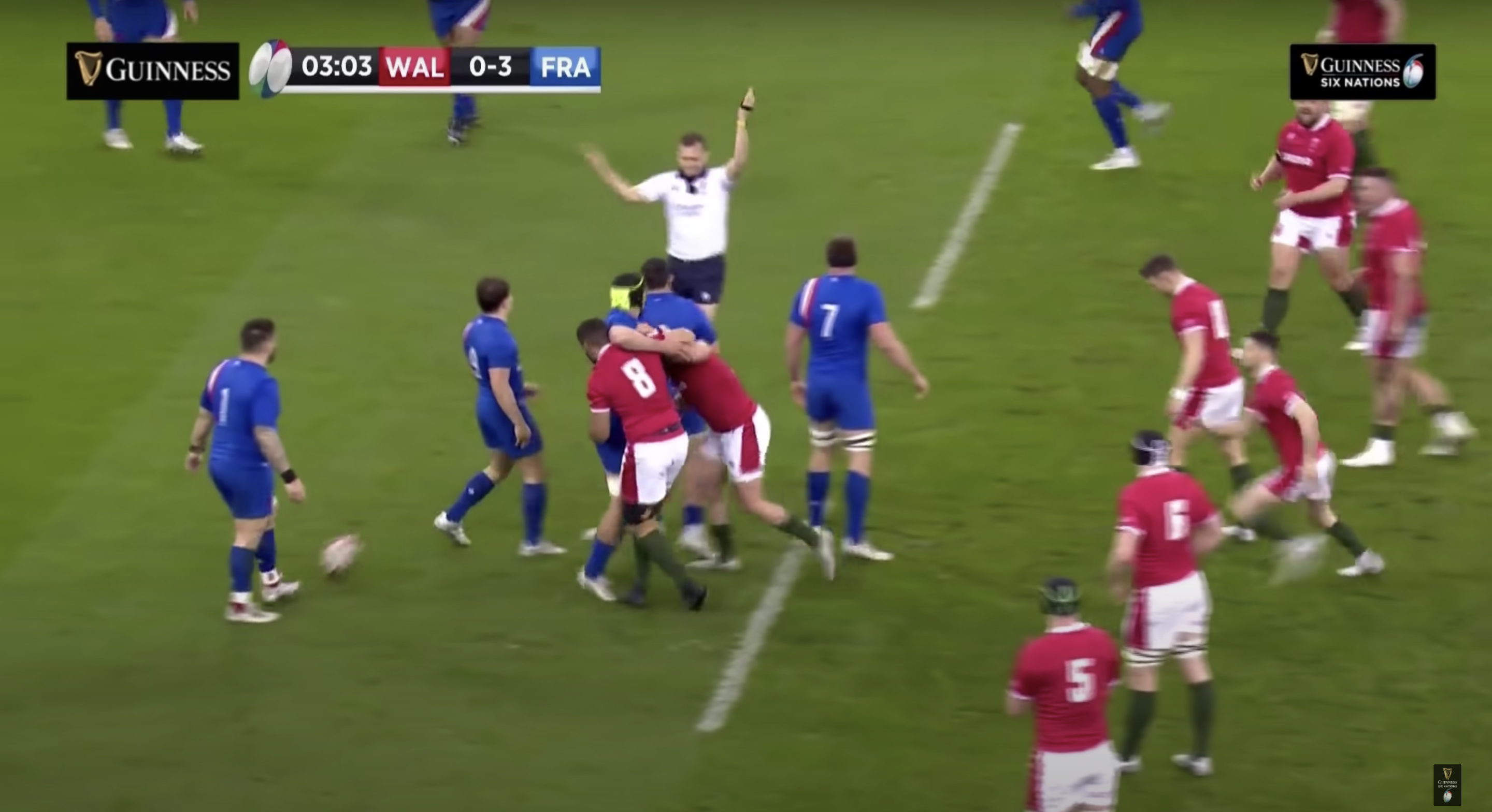 Eddie Jones sent a warning to France this week that there has never been a team in Test rugby that does not have a “chink in their armour.”

While it is certainly true that Fabien Galthie’s Grand Slam chasing side do not have many chinks in their armour, Wales certainly exposed one at the Principality Stadium on Friday night. France did indeed come away with the win, but not necessarily in style, and Wales captain Dan Biggar even said the better team lost.

One of the main French weaknesses Wales exposed in Cardiff was Les Bleus’ fragility under the high ball. With kicks raining down from Biggar and Kieran Hardy and the likes of Liam Williams chasing, fullback Melvyn Jaminet, fly-half Romain Ntamack and No8 Gregory Alldritt did not look all that convincing under the high ball.

Fortunately for England, an area they really excelled in against Ireland at Twickenham was their kick chase, with forwards and backs alike putting a lot of pressure on the Irish backfield. England are sometimes criticised for kicking ad nauseam, but it may be the perfect tactic against a French side that kick more than anyone else in the competition. Neither side will want to play with the ball in their own half, and with the likes of Freddie Steward at fullback, England may have a greater aerial presence.

With that in mind, it would make more sense if Ben Youngs starts at scrum-half, as he is the best box-kicking scrum-half England have. England’s strong scrummaging performance will also give them hope heading to Paris, as there may be a number of scrums following knock ons from failed catches.

Yoe Rugby shared a video online this week of France’s weakness under the high ball, and it would be very surprising if England do not adopt a similar tactic, particularly as, like Wales, their attack has not been firing on all cylinders this Championship. Take a look: