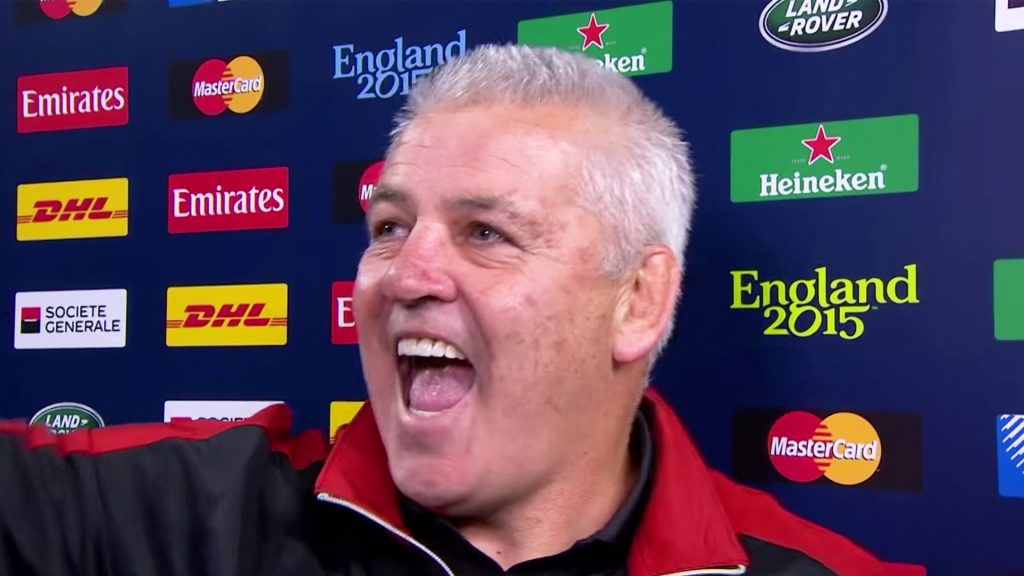 Warren Gatland after beating England at the 2015 Rugby World Cup

This Warren Gatland interview comes after one of the most famous victories in Rugby World Cup history.

An injury-ravaged Wales had just tournament hosts England – in a thrilling comeback in the latter stages of the game.

The Wales coach was understandably overjoyed at the result as we can see in this interview.

Wales had come into the match as underdogs after suffering from a long list of injuries.

England, on the other hand, had come into the tournament with high hopes of reaching the latter stages after an impressive opening day win against Fiji.

Things looked to be going to plan for Stuart Lancaster’s side who opened up a 22-12 lead after 52 minutes of the game. It didn’t last though.

Gatland and his men, suffering from even more injuries throughout the game, managed to mount an incredible fightback in the last half hour of the contest.

Gatland is now coach of the Waikato Chiefs in New Zealand

Through the boot of Dan Biggar and following a splendid Gareth Davies try, Wales were back level with the scores tied at 25-25.

The momentum was firmly with Wales who capitalised on English indiscipline to win a penalty from 49m out.

Dan Biggar slotted the attempt to earn one of the most famous victories in Rugby history that effectively knocked England out of their own World Cup.

At the final whistle, Warren Gatland was visibly ecstatic with the result.

We see in this post-match interview as the coach basks in this triumphant moment. Clearly overcome by emotion and with an adoring Welsh crowd cheering in the Twickenham stands – this has to go down as one of the best post-match interviews in rugby history.