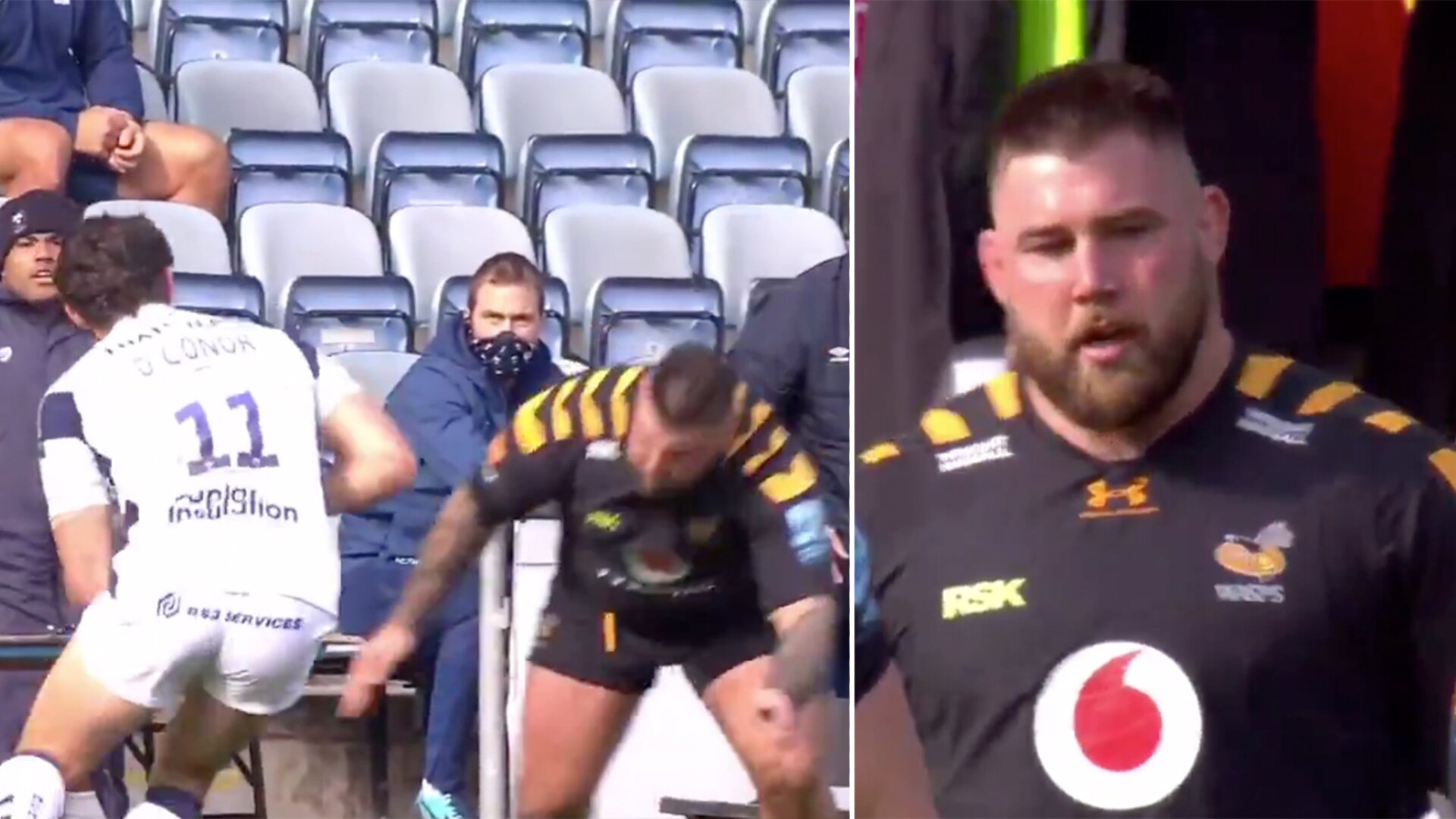 Wasps front row Kieran Brookes gave rugby fans the ultimate reminder on why you should never run straight into a prop this weekend after what he did to Bristol Bears’ winger.

Wasps brushed aside the Bears last weekend to give themselves their first Premiership final since 2017.

Bristol Bears winger Piers O’Conor was given a serious shock this weekend when he made the foolish decision to run straight into and bump Wasps’ prop Kieran Brookes.

The winger somehow thought that he would be able to bounce the 30-year-old fridge. He found out the hard way that this is not a good idea when you come up against a prop.

Imagine being on the receiving end of a massive pile-driving tackle from Kieran Brookes .. shudder #WASvBRI pic.twitter.com/E9VAEJls44

But if you put them in a 1 v 1 where they can’t run around each other, there will only be one winner.

Take a look at this behemoth of a hit on the poor winger!

💥 “The one person you don’t want to hit straight on is a tighthead” pic.twitter.com/6YHpFZpjKM

In other news: Positive COVID Tests for Wasps

Wasps’ preparations for the October 24 Gallagher Premiership final have been hit by an outbreak of Covid-19 at the club. Four players and three members of backroom staff have produced positive results during the latest round of coronavirus testing.

As a result, Wasps have cancelled training for the remainder of the week in a significant disruption to the build-up to their Twickenham clash with Exeter on October 24.

It is a significant setback in the build-up to their showdown with the Chiefs on Saturday week having emerged from lockdown as the Premiership’s form team. “The club’s medical team were informed of the test results following the latest round of the PCR Covid-19 screening programme,” a statement read.