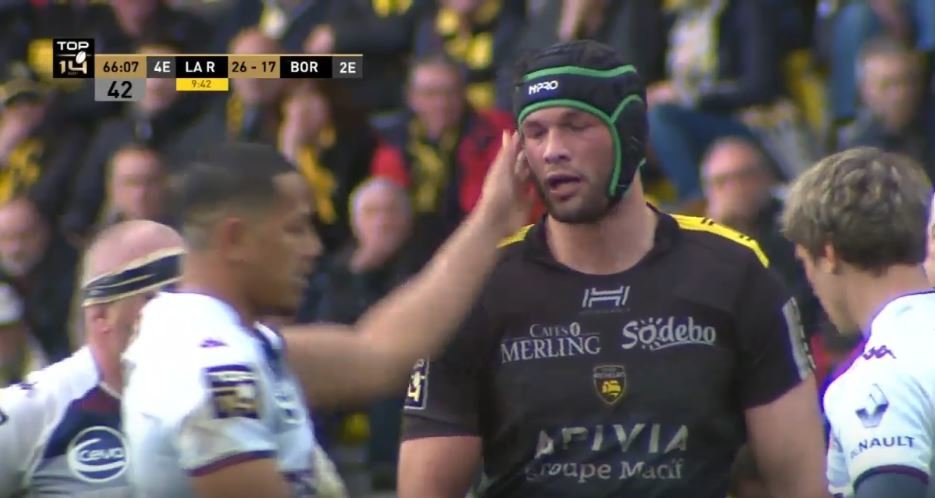 Rugby Onslaught understands that Dom Barrow who is a medical joker at La Rochelle before travelling to Saint year has now earned the 9th yellow of his career.

Solid effort from Barrow who then shakes the hand of Serin and then gets his face felt by one of the Bordeaux players. Was it Yobo?