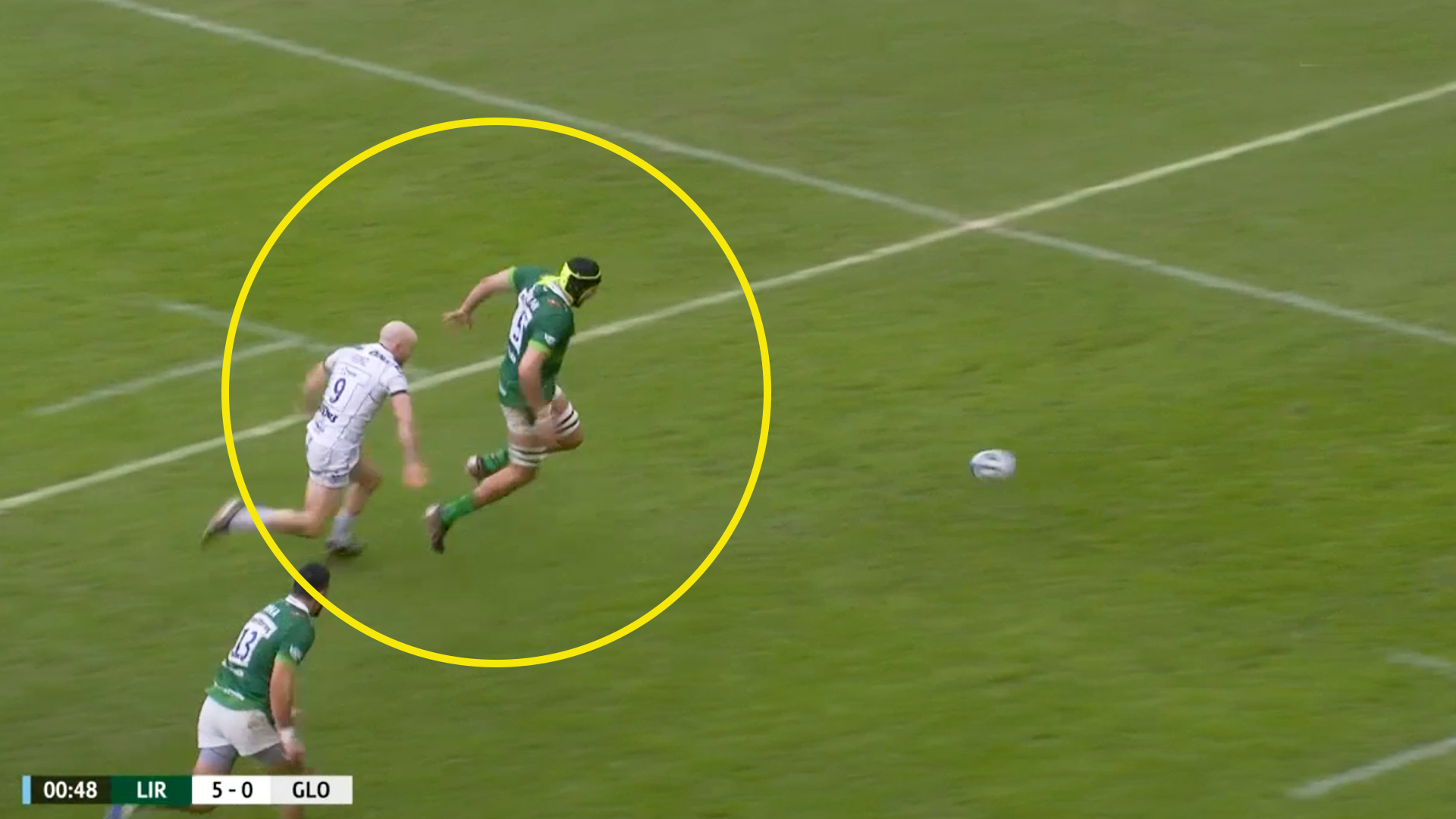 WATCH: Incredible moment that rugby player plays on through serious injury to set up try for his his team

It’s been a busy weekend in the world of rugby with a blockbuster weekend of Six Nations action – but one moment that you probably won’t have seen came from the Gallagher Premiership on Saturday.

This moment came from the clash between London Irish and Gloucester this weekend.

As you’ll see in the video below this is as inspiratioal as it comes.

The moment came in the opening minute of the clash as Irish’s second-rower Adam Coleman went to charge down a kick close to the Gloucester try line.

Fans were full of praise for the brave efforts of the 29-year-old.

We see as Coleman slams down the attempted clearance kick of scrum-half Willi Heinz before persuing the bouncing ball close to the Gloucester whitewash. It was immediately clear to see that the Australian had hurt himself.

watch the incredible moment in the video below

Fair play to @AdamColeman__ earning his wages for @londonirish even when his hammy pings! Keeps going on one leg to win the ball back that creates the try! pic.twitter.com/Dr0QKO42l9

We see as the lock hops on one leg to chase the ball before retaining it just in front of the Gloucester try line. After managing to keep the ball, Irish go on to barrel over and score from close range.

The 29-year-old left the field of play after this with an injured hamstring.

Here are some of the messages that were left for Adam Coleman on social media after his heroics.

“Well done that man….you deserve a pint from every one of you team mates!!!”

“At least someone put their body on the line for Irish! (PS just some banter)”