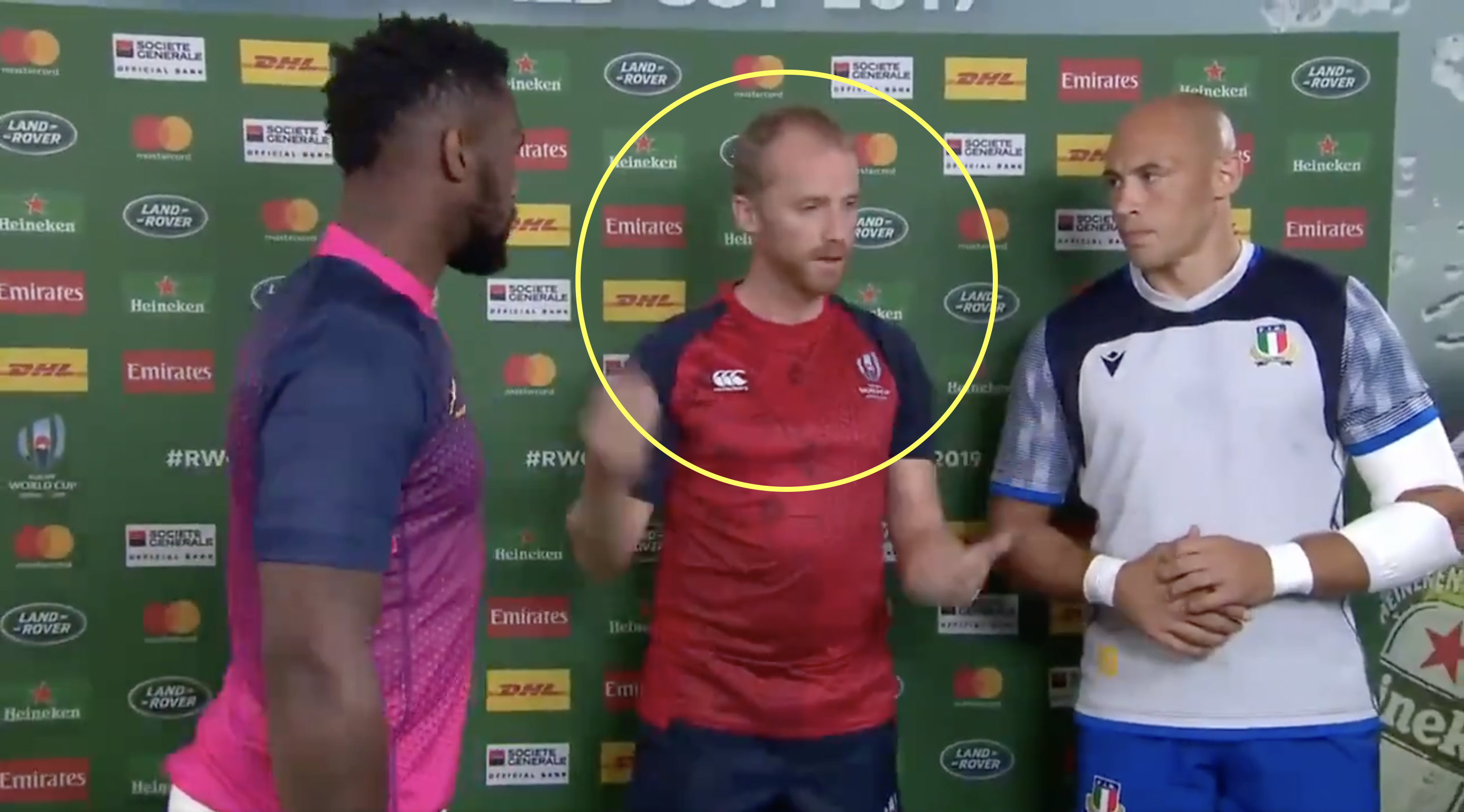 Referee Wayne Barnes has shared a video of some oddities of the rugby law which may save a future referee from incurring the wrath of some angry spectators.

Haven taken charge of 96 Test matches and countless more club games, Barnes is one of the most experienced referees ever and would have seen everything across his career. But the three laws he has picked out in his video would leave many fans scratching their heads.

He shared the video on Twitter, and wrote: “The laws of rugby union are complex at the best of times. Then there are exceptions that can confuse even the most avid fan.”

The laws of rugby union are complex at the best of times. Then there are exceptions that can confuse even the most avid fan.

Here are some examples for you to look out for:https://t.co/492VS7Pkg2#ThrowTheBook

Of all three laws that Barnes pointed out, the one which stipulates a player’s feet can be outside the field of play when grounding is probably the one that would cause the most confusion at a stadium. A try like this was scored by Wasps’ Christian Wade in 2015 against Saracens, and when looking at the finish it just looks plain wrong.

There is even footage on YouTube of the law concerning the ball going over the crossbar. This is very rarely seen indeed, but there is footage from a match between Connacht and Leinster in 2008, where a ferocious wind blew back a kick from Leinster’s Felipe Contepomi. Barnes was spot on that it would cause plenty of outrage, as even the Connacht players vehemently protested to the referee after the penalty was deemed successful. Though, as shown by Barnes, the referee was right, the Connacht players can be forgiven for their reaction. Take a look:

Barnes is set to take charge of his 97th Test match on Saturday in one of the biggest matches of the year as France host the All Blacks. It is only a matter of time before the Englishman overtake’s Nigel Owens’ record of 100 Test matches.