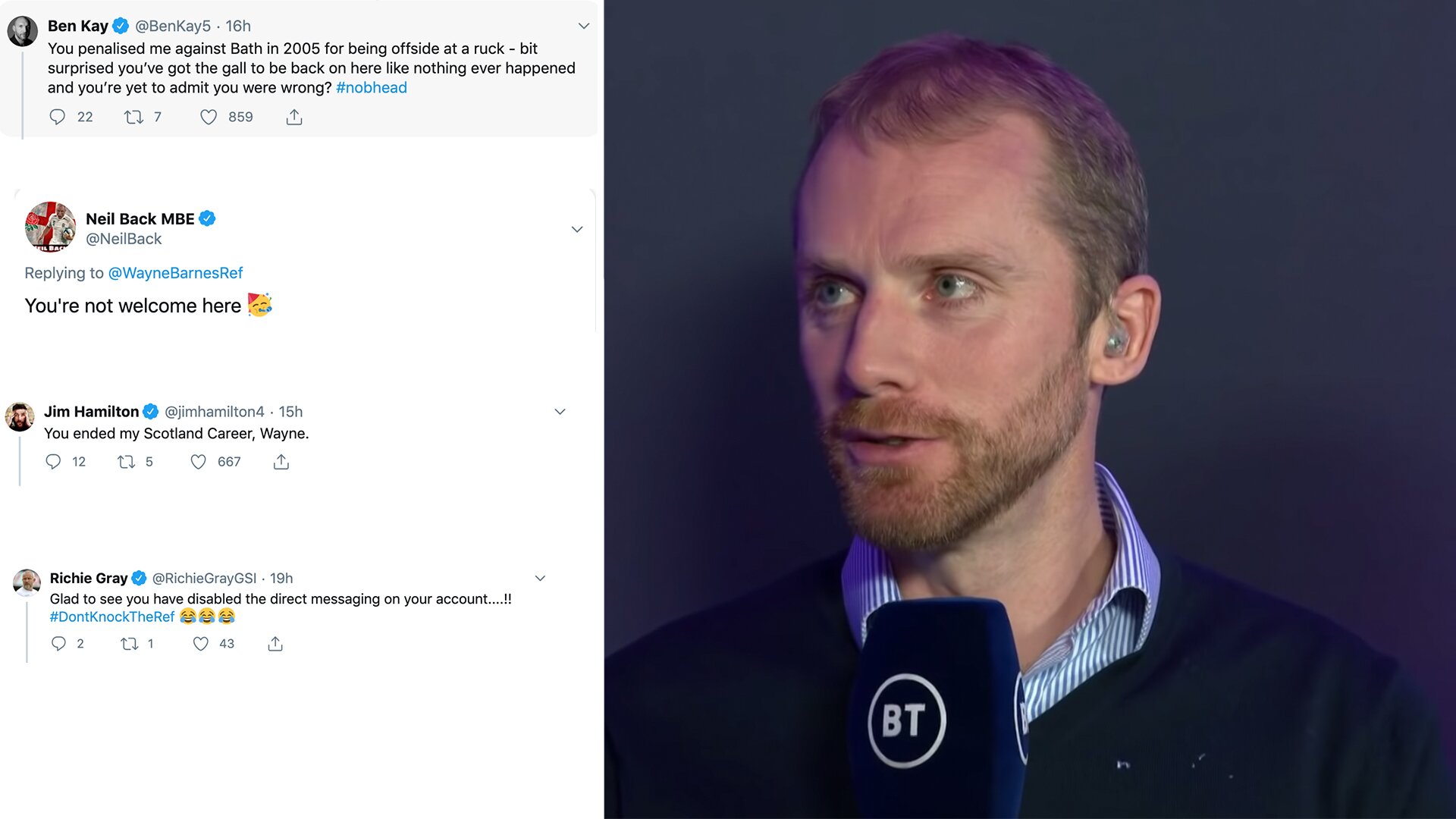 Wayne Barnes has returned to social media, years after he first joined the platform. However, he may have wished he stayed away after the response that he got for returning.

The top class international referee has decided to return to the social media platform after years away.

The obvious reasoning for him doing it is because of the fact that he would have received a hefty amount of abuse after international games.

Dear IRB, Wayne Barnes is shit. Get rid of him.

Dear English fans: Nigel Owens is a world class ref. You have Wayne f*****g Barnes… Probably time for you lot to pipe down

His return to the platform didn’t go unnoticed. His returning tweet to the platform received thousands of likes and hundreds of shares with fans and former players all welcoming the World Cup legend back.

Back on Twitter after 15 years. No fighting, cheating or biting, please. Time on.

Some were not as quick to welcome him back as some too the opportunity to make a playful pop at the Englishman.

Former England lock and World Cup winner Ben Kay took the opportunity to pull up the referee on a mistake that he made years ago.

Likewise Scotland legend Jim Hamilton also had something to say about the move back to the status sharing platform.

Barnes also made an effort to appear in the media during lockdown, speaking to media outlets such as BT Sport about the different officiating tips that he knew.

Wayne Barnes is continuing to ref in the Premiership despite stepping back from his duties at International levels. He is still considered one of the best in the world.