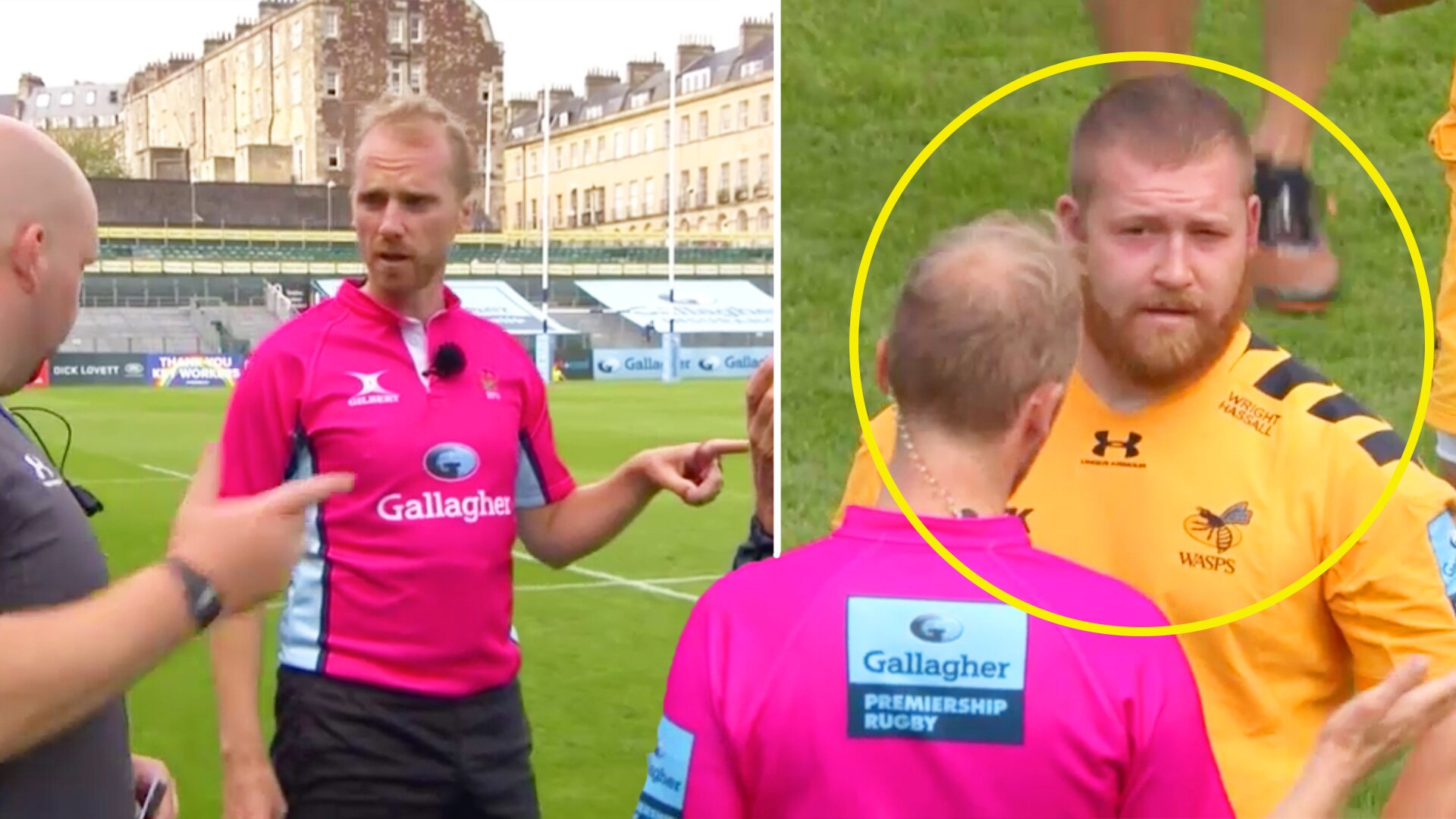 There were bizarre scenes in today’s Gallagher Premiership clash between Bath and Wasps as Wayne Barnes took the bull by the horns with some superb refereeing.

Fans took to social media to heap praise on the English referee who stayed calm and composed in a difficult situation as multiple Wasps players succumbed to injury meaning that they were struggling to field a scrum that could contest at the set-piece.

In the 33rd minute of play, Wasps suffered an injury to their hooker replacement which meant that they were facing having to go uncontested at the scrum with no experienced hookers on the filed.

We watch as Wayne Barnes comes over to the Wasps management and asks if they have a player capable of playing at number two or whether they should play it uncontested.

The Wasps team manager says with conviction that prop Tom West is a confident hooker and that he will be able to play in that position for the rest of the encounter.

We then see as Barnes goes over to West and asks if he’s confident to play at hooker. West replies with, ‘I’ll give it a go.” to which Barnes sternly replies ‘no-no not give it a go, if you’re not happy with hooking – tell me now.’

He goes on to say, ‘If you’re not confident I’ll order uncontested scrums, make a decision.’

We can then hear on the ref mic as one of the players asks, ‘when did you last play at hooker?’

West looks on and answers, ‘about three years ago.’

Wayne Barnes then made the call that the game should go to uncontested scrums which was clearly the best call to make at that moment in time.

Fans were quick to take to social media to heap praise on the referee for his handling of this bizarre situation.

Whatever about Wasps playing with 15 players. How the hell is the team manager going to confidently tell the ref #1 can hook. Fair play to Wayne Barnes asking the player if he’s can. Imagine that convo never happened and he got seriously hurt scrummaging #BathvWasps

Wayne Barnes showed why he is the best ref in the world today. Allowed the game to flow and constant communication. Couldn’t fault any decisions

Wasps went on to win at the Rec in what was one of the most entertaining matches since the rugby restart.