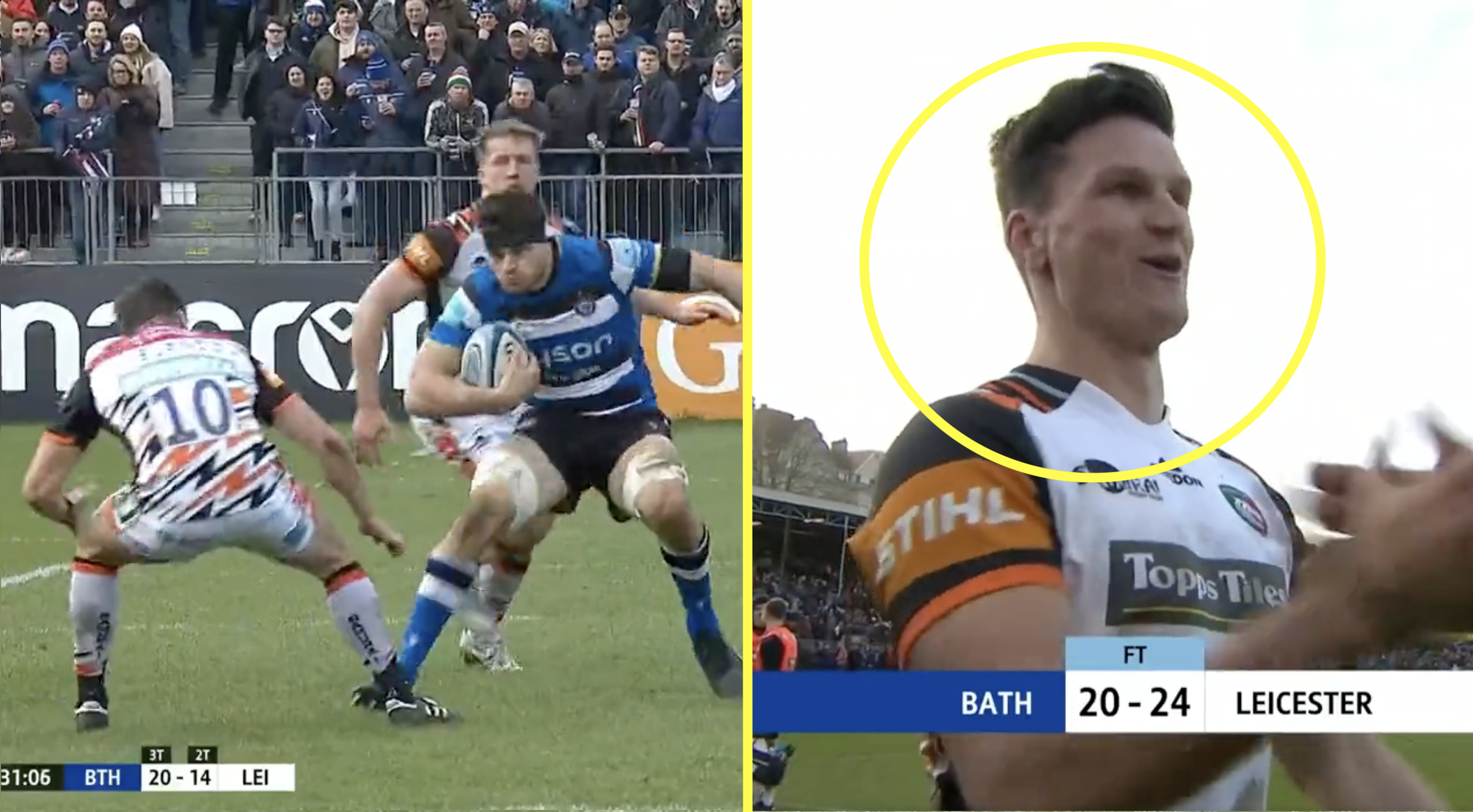 What Freddie Burns said to Scotland forward after sidestep humilation

Bath’s Josh Bayliss went viral today with his hot feet against Leicester Tigers, running in for a try from 40 metres out.

But sometimes whenever there is a good finish, there is a player that has not had a moment to remember. On this occasion it was Tigers fly-half Freddie Burns.

Fortunately, the fly-half could see the funny side of the try after the game, probably because Leicester won the game in the end thanks to a try from Burns himself. The BT Sport cameras caught the moment Burns shook hands with Bayliss after the match, where both players laughed and Burns said “You’ve done me horribly, mate!”

Regardless of what the result was, Leicester were going to remain on top and Bath were going to remain at the bottom of the Gallagher Premiership table, but the Tigers’ win meant they extended their lead at the top of the table after Saracens lost to London Irish at the same time.

Take a look at the moment Burns encountered Bayliss: