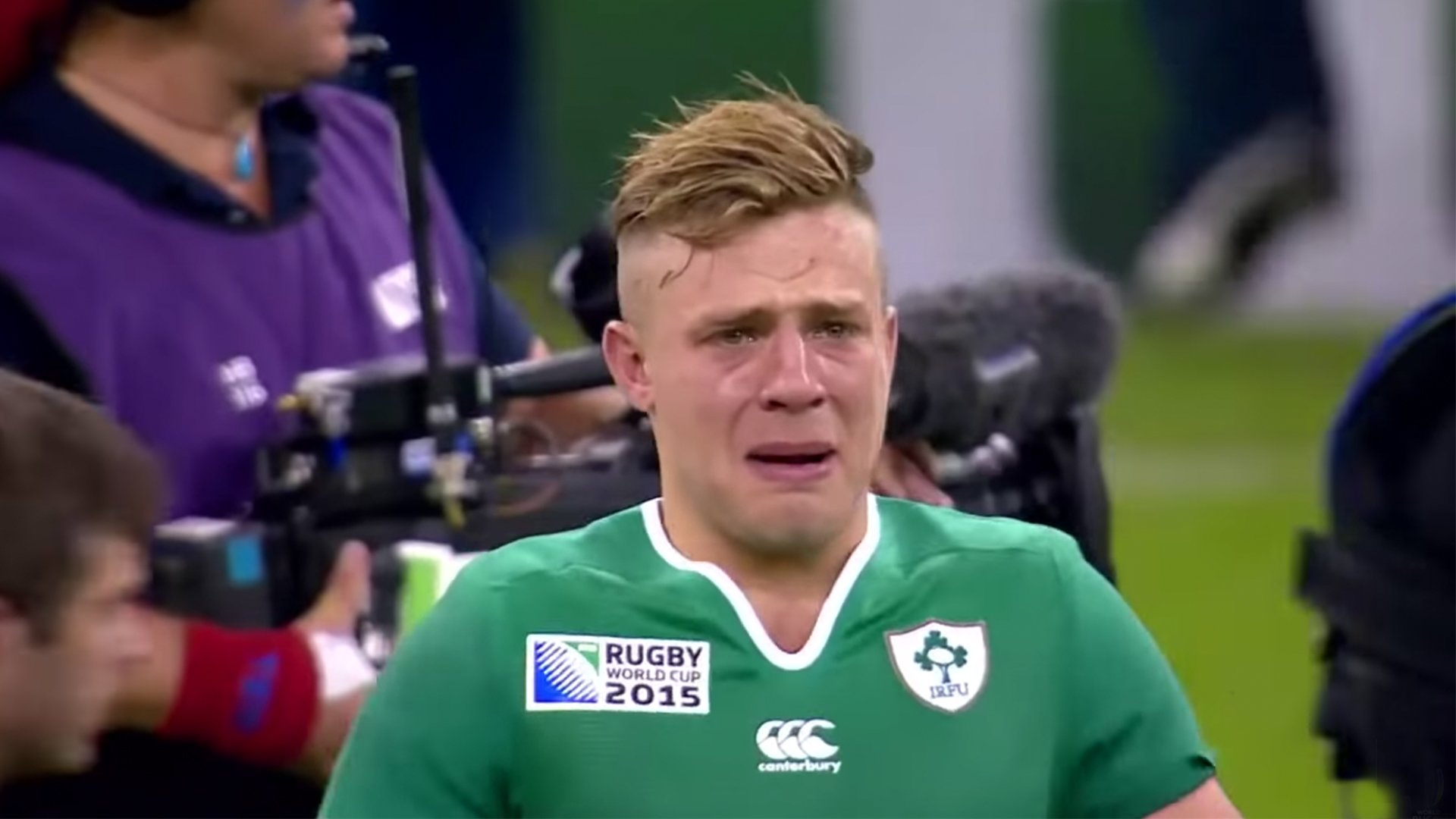 What’s the most painful Ireland defeat?

Irish rugby has been something of a roller-coaster ride in recent years. With historic wins and harrowing defeat.

We at Rugby Onslaught have sought to rank some of Ireland’s most painful defeats down the years.

This was the second time that the Pumas had knocked the men in green out of the competition after the 2007 side famously defeated Ireland in the pool stages.

This loss at the quarter-final stage of the World Cup in England was painful as much as it was convincing – with the Argentinians scoring two early tries and building a 17 point lead within the opening quarter of an hour.

Joe Schmidt’s men fought back to within six points with just over ten minutes to go but the South American side pulled away in the closing stages with several late scores to break Irish hearts.

This 2003 Grand Slam decider was expected to be a close-run affair in the Irish capital.

Both sides went into the closing day fixture having won all of their Six Nations fixtures in what was a do or die contest for both teams.

In the end, Clive Woodward’s England overpowered the home side with a clinical 6-42 victory.

What added insult to injury was a controversial moment before the game when England lined up on the wrong side of the red carpet for the pre-match handshakes.

English skipper Martin Johnson refused to move onto the correct side forcing Ireland to greet Irish President Mary McAleese on the grass.

Talk about winning the mind games!

4. Wales overcome Ireland to progress to semi-finals of 2011 World Cup

This had been Ireland’s best chance to make it to the last four of the Webb Ellis Cup.

Having impressed in the Pool Stages with a dominant win over the Wallabies – Declan Kidney’s men went into their last-eight tie with Wales as narrow favourites.

The men in red led throughout most of the encounter in Wellington and eventually ran out as 10-22 winners to progress in the competition.

This one is perhaps most painful for the what if’s.

Kidneys side would have gone on to face the French in the semi-final in a very winnable fixture and from there…who knows?

3. France win to effectively dump Ireland out of 2007 World Cup in Pool Stages

The Ireland side that travelled to the 2007 World Cup was littered with legendary players.

With the likes of Ronan O’Gara, Paul O’Connell and Brian O’Driscoll in their ranks – this Irish side had been labelled ‘the golden generation’.

The team had targeted the 2007 World Cup after an impressive Six Nations campaign.

Alas, it wasn’t to be for Eddie O’Sullivan’s men who landed in the pool of death – facing tournament hosts France and a red hot Argentinean outfit.

The decisive pool match against France at the Stade de France was where Ireland’s World Cup dream was effectively ended in a convincing 25-3 loss to Bernard Laporte’s men.

After failing to secure a bonus point in their win against Georgia the men in green had a near-impossible task to progress in their final pool match with the Pumas.

They eventually bowed out of the tournament with a whimper after a convincing loss to the South American side.

In 2018, Joe Schmidt’s Ireland were arguably the best team on the planet – with a dominant Six Nations Grand Slam followed by a historic win over the All Blacks in the Autumn.

Many had Ireland as dark horses to win the Webb Ellis Cup.

2019, however, was not as successful for the men in green who finished up third in the Six Nations.

Joe Schmidt’s men still had confidence going into the World Cup and after an opening match win over the Scots – hopes were high that this side could go far in the competition.

Their match against the tournament hosts Japan, was fierce with the Irish leading for much of the game until a 58th minute try from Kenki Fukuoka swung the contest.

The Japanese went on to secure a famous victory that sealed top spot in the group.

This was the decisive moment in Ireland’s World Cup that led them on a road to the reigning World Champions New Zealand in the last eight… moving on!

1. Ireland come agonisingly close to a first-ever win over New Zealand in 2013

This was one of the greatest test matches of all time and one that haunted Irish fans for years.

The Autumn international in Dublin had been a fierce affair with the home crowd making for an electric atmosphere at the Aviva.

Ireland had played out of their skins throughout the whole match and with 73 minutes gone – the score stood at 22-17 to the hosts.

Leinster fly-half Jonny Sexton had a penalty from 21m out to extend his sides lead to eight points in what would normally be a routine kick for the young fly-half.

His attempted sailed right of the posts giving the All Blacks six minutes to go for a converted try.

The reigning World Champions exhibited a masterful display of patient attacking build-up to work their way up the field and score in the corner – well into overtime.

Aaron Cruden slotted the touchline conversion at the second attempt to snatch away the draw in an agonising climax for Irish fans.

What for you was Irelands most painful defeat?