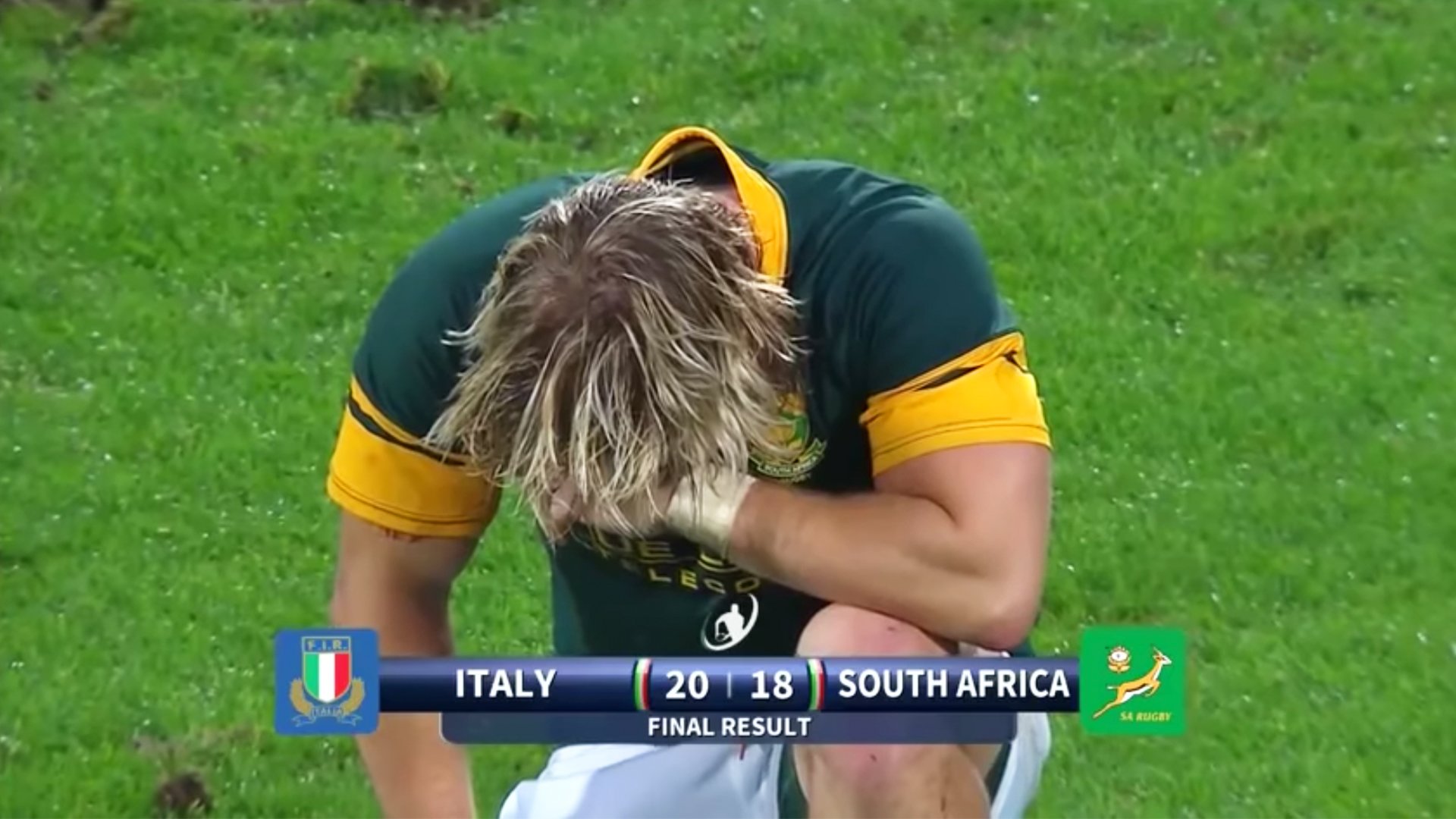 South African rugby has endured many highs and lows over the years. In this current Springbok regime the national side has endured great success but not without some painful defeats.

We at Rugby Onslaught have sought to rank the rainbow nations six most painful defeats over the years.

6. Ireland put Boks to the sword in Dublin

Alister Coetzee’s tenure as head coach of South Africa was a tumultuous one.

This comprehensive defeat to Ireland in their 2017 tour of Europe was embarrassing for the ease with which the men in green overcame the Springboks.

The Irish walked away as 38-13 winners in what was South Africa’s biggest lost to them in their history.

Clive Woodward’s England ran out as 53-3 winners in this 2002 Autumn International.

The game was painful for it’s one-sided nature, as well as the way the visitors lost their cool in an ill-tempered contest.

Springbok lock Jannes Labuschagne was sent off in the 23rd minute for a late and dangerous tackle on English flyhalf Jonny Wilkinson.

Later on in the match skipper, Corne Krige lost his head and threw a punch – accidentally striking one of his own players and knocking him out!

4. Jake White’s side thrashed 49-0 in Brisbane, one year before World Cup triumph

Their 2007 World Cup victory was no different, as a year before their famous triumph in France they were utterly humiliated 49-0 in Australia.

He kept his job and the rest, as they say, is history.

This was a real low point for South African rugby.

These were some of the darkest years in South African rugby with this loss to the Italians in 2016 being one of the standout losses in what was the start of a torrid run.

It’s clear that confidence was at a huge low with passes being thrown to ground, lineouts being lost and tackles missed.

Conor O’Shea’s Azzuri fought back from behind to snatch their only win over the ‘the big three’.

The Italians eventually ran out as 20-18 winners

This one was tough to take for South African fans.

2. All Blacks overwhelm Springboks in Pretoria in 2003

2003 was a very bad time for South African rugby.

This convincing home defeat to New Zealand underpinned just how poor this Springbok side was.

This team went on to give a lacklustre performance at the 2003 World Cup after this humiliating 16-52 home defeat.

We can’t seem to find any footage of this landslide defeat… probably for the best!

This was men against boys and it was one of the defining losses in the Coetzee years.

The All Blacks ran in eight tries in a devastating whitewash that showed how low Springbok rugby had sunk.

What for you was South Africa’s most painful defeat?