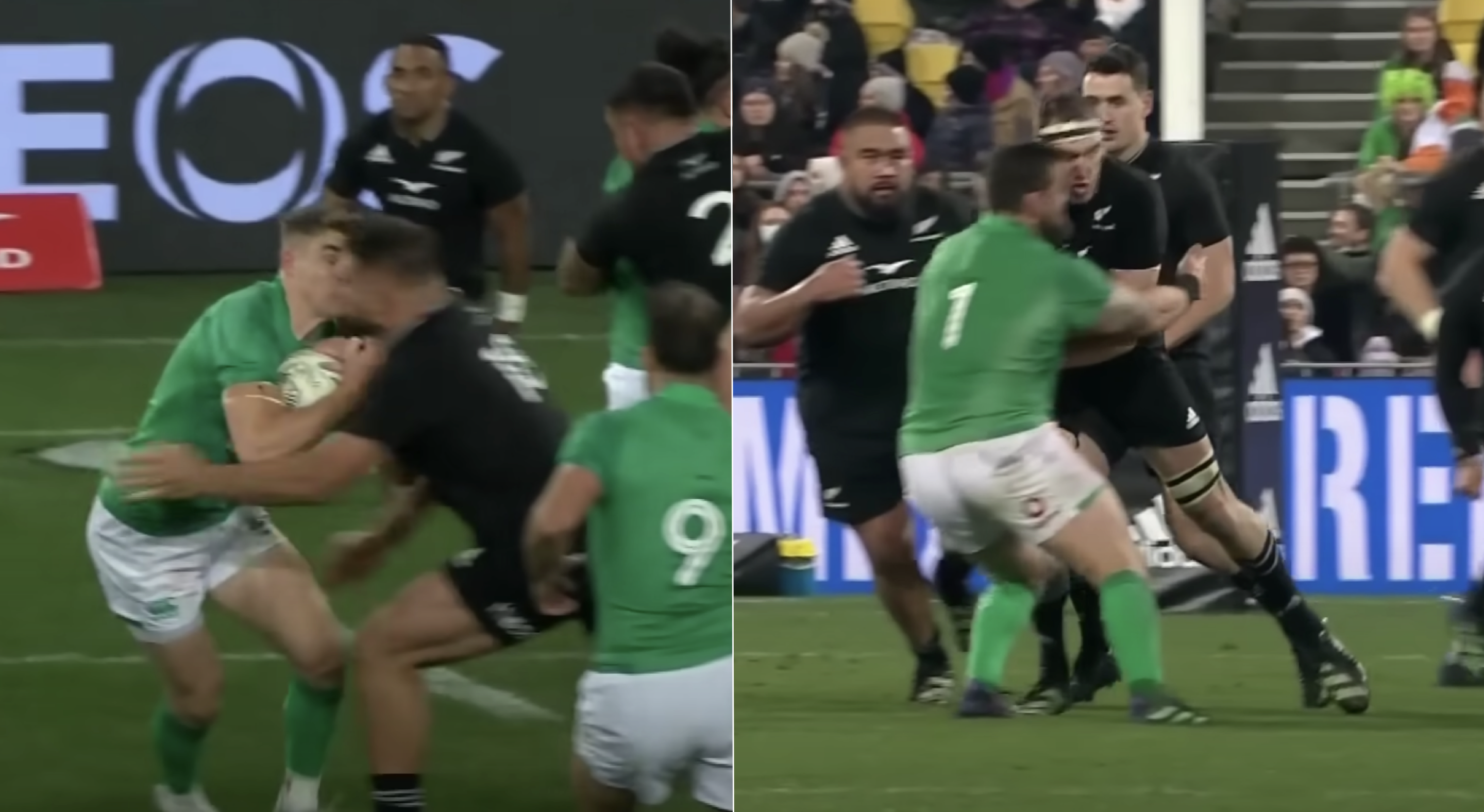 World Rugby slammed by YouTuber for inconsistencies during All Blacks series

There was absolutely no doubt that the topic of referees and inconsistencies was going to flare up when Wayne Barnes produced a yellow card on Saturday for Ireland’s Andrew Porter one week after Jaco Peyper gave a red to the All Blacks’ Angus Ta’avao.

Unsurprisingly, this has proven to be quite controversial following Ireland’s win in Wellington and subsequent clinching of the series.

One YouTube account has shared a video dissecting the two events and how they were treated differently, and then called for World Rugby to take action. Though these were both head on head collisions, it is worth noting that they looked different at the time- Ta’avao and Garry Ringrose both went flying to the ground with the ball being spilt, while Brodie Retallick was able to carry on running and even present the ball at the ruck after being hit by Porter. That is perhaps why Barnes did not spot it straight away. However, the events after the whistle had blown have proven to be controversial.

This was written alongside the video: “How many videos is enough before World Rugby will finally start taking accountability for bad officiating? How many games have to be ruined by World Rugby’s strict red card policy surrounding head clashes? How long before we actually start seeing refs use common sense and context before handing out red cards for rugby incidents? More importantly, how long before we actually see consistent refereeing in international rugby?

“Don’t get me wrong, The New Zealand vs Ireland series was a good one and one where Ireland deserved to win. But I’m sure Ireland fans would agree that the head clash in the last match was exactly the same as the one in the previous week where the All Blacks got a red card. All Blacks fans have the right to be absolutely livid at World Rugby for being inconsistent with it’s officiating. Had Andrew Porter gotten a red card for his hit on Brodie Retallick, which left him with a broken cheek bone, then the game would’ve been completely different. So how is it that one weekend, we have a head clash and it’s red card. Then the following week, the framework simply just changes and the ref can use context? How is that good for the game of rugby? Every week the laws change and it’s just ridiculous.

“What makes me angry is that this game might be the one that results in Ian Foster losing his job, yet World Rugby won’t say a damn thing because they are cowards. They’ll just sugarcoat this mistake as “Player Safety” and Northern Hemisphere fans will most likely buy into that excuse. When will this ridiculous framework for head contact stop? How many games must be ruined?

“Just to be clear, I don’t blame the refs in this. Jaco Peyper did what World Rugby requires him to do. In my opinion, I prefer the way Wayne Barnes dealt with it. But we all now that is not how head clashes have been dealt with these past few years. These types of incidents are always red carded. So what has changed within a week?”