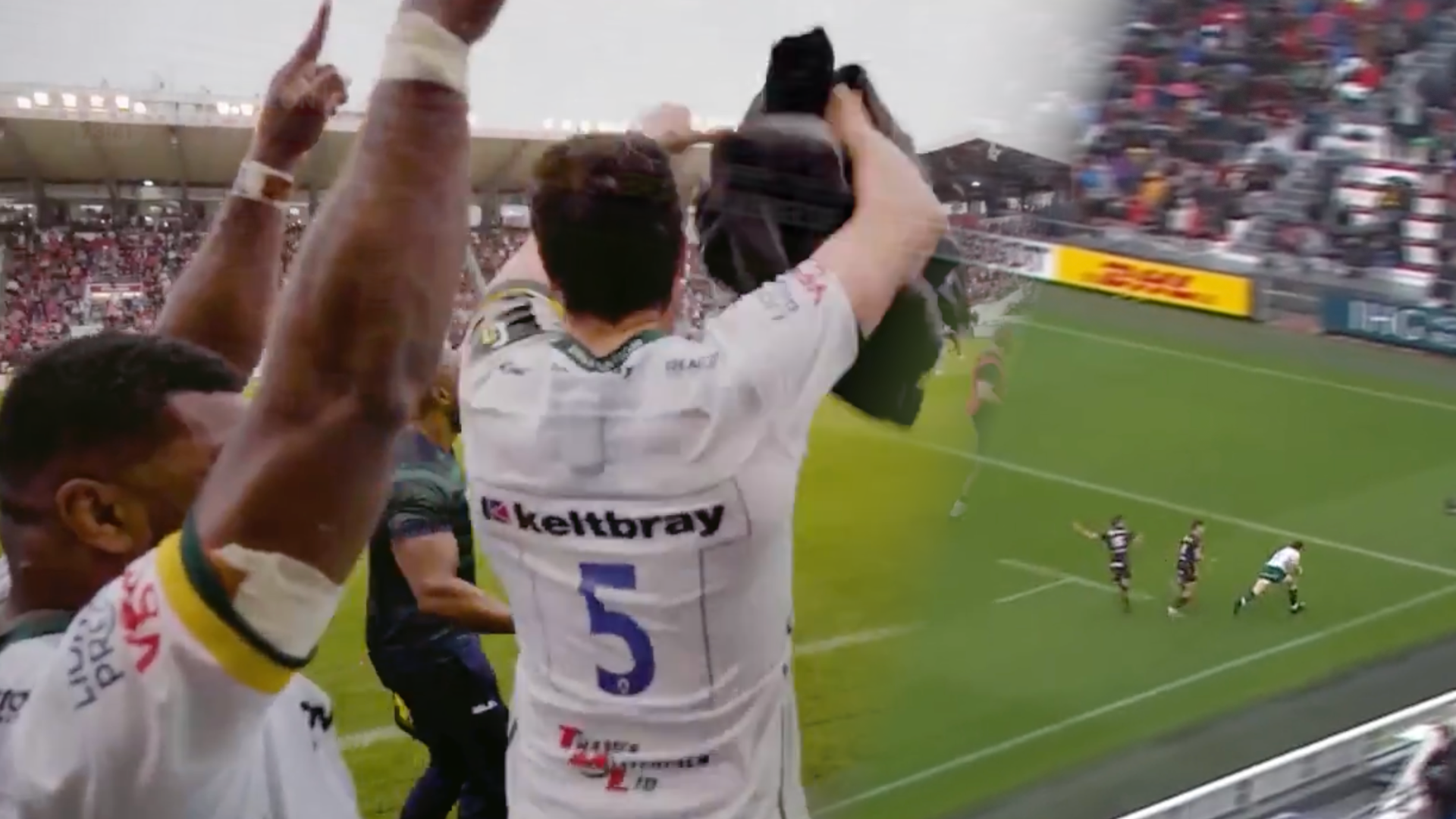 Those at the Stade Mayol witnessed one of the greatest individual tries of all time on Sunday, and that is no exaggeration.

The scorer was London Irish’s Henry Arundell against Toulon in the Challenge Cup quarter-final, and by now much of the rugby world would have seen the 19-year-old fullback’s length of the field try, but not as many would have seen the reaction from the bench.

The Exiles have shared behind the scenes footage of the bench reacting as Arundell ran past them in the process of scoring his try. It is a mixture of disbelief and exhilaration from the sidelines, as more and more players began to rise to their feet with every defender their teammate beat. By the time Arundell had scored, it was bedlam amongst the bench, with Wallaby Rob Simmons screaming out: “Henry, your’re a beast!”

This was not only an incredible score, but it put London Irish in the position to win the match. Irish were trailing 19-13 when Arundell got his hands on the ball at 74 minutes, but they were trailing by only one just a few seconds later. However, the conversion attempt was unsuccessful, meaning they lost by just the one solitary point.

What is interesting is London Irish head coach Les Kiss was not surprised by this incredible finish by Arundell when looking back over the game.

“He makes people make defensive errors,” the Australian said. “He is a good lad, a level-headed lad.

“We weren’t surprised when that happened, we know what’s possible with him.

“For Henry, Will Joseph, Tom Pearson, Juan Gonzalez….there’s four young guys who have got a taste of European rugby in one of the toughest cauldrons. That’s great for us and it was great to see Henry do what he did today.”

Take a look at the bench’s reaction:

It was a special effort from @henry_arundell on Sunday.