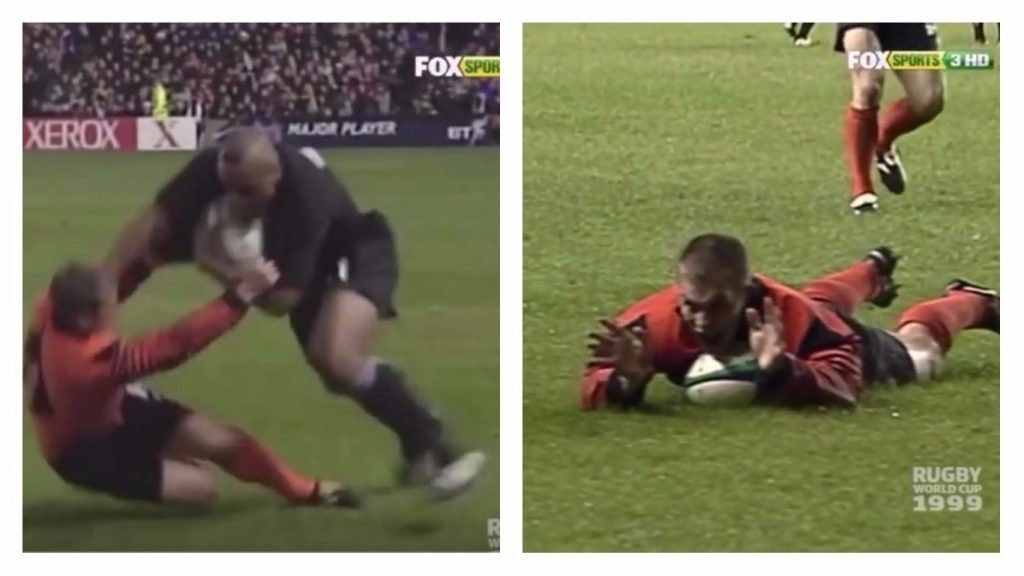 Now more so than ever in rugby size is associated with success. The idea of a small, fleeted footed winger – once the stereotype – has been superseded by the 6’2, 100kg+ specimen wing, built very much in the fashion of the late, great Jonah Lomu.

The widely accepted Lomu narrative was of that of a 6’4, 120kg man mountain running rough shod over more modestly sized and less athletically gifted human beings. And that was largely the case.

However, he didn’t always get it his own way.

This encounter with Scotland’s Cameron ‘Cammie’ Murray proved that the old stereotype was net yet obselete, something modern selectors might take heed of.

If you click on the Rugby Onslaught logo above it will bring you back to the home page where you can see all latest posts. Alternatively you can scroll down the page to the most read posts, see what’s hot right now.

We’re still in the teething phase of the new site so any issues, please let us know on the Rugby Onslaught Facebook page, either in the comments section or via a direct message.

RugbyPass is the premier destination for rugby fans, streaming International Test Matches including the Aviva Premiership, Pro12, Top14, The Rugby Championship, Super Rugby and more to your device wherever you are in Asia. Every match on RugbyPass is available live and on demand and is carried in HD quality with adaptive streams to match your connection.