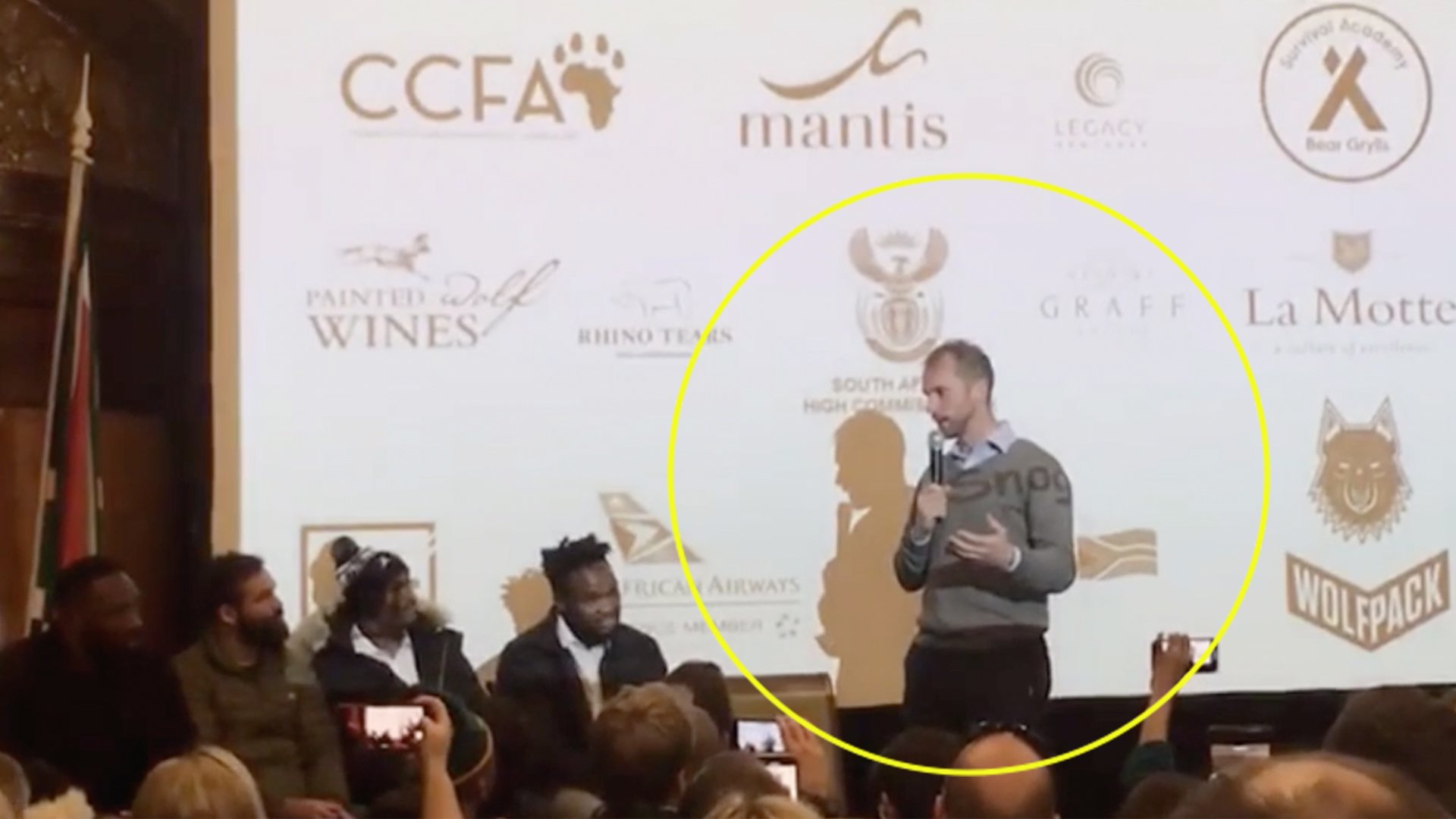 Rugby referee Wayne Barnes gave a phenomenal speech this week to the South African team and their supporters at a celebration dinner.

The English referee was full of brilliant one-liners and stories as he recalled what it was like watching the 2019 World Cup final as primarily an England fan.

The referee said this about his feelings of the final.

“I know this is a celebration of South African Rugby and what a wonderful occasion it was, but if I’m honest on November 2nd in Yokohama Stadium when I was sitting there, just before kick off… I was pretty smug.

And then that first scrum happened, Tendai, and I thought oh shit it’s going to be a long night…”

Wayne Barnes who will retire from refereeing after the World Cup it seems, was one of the top referees in World Rugby, and he would have very likely have been referee for the final in Japan if England did not reach the final. A referee is not allowed to officiate a final if he is from the same country as the team in it.

Here is the video of Wayne Barnes and the speech he gave.

He really is full of brilliant banter and he is a great storyteller.