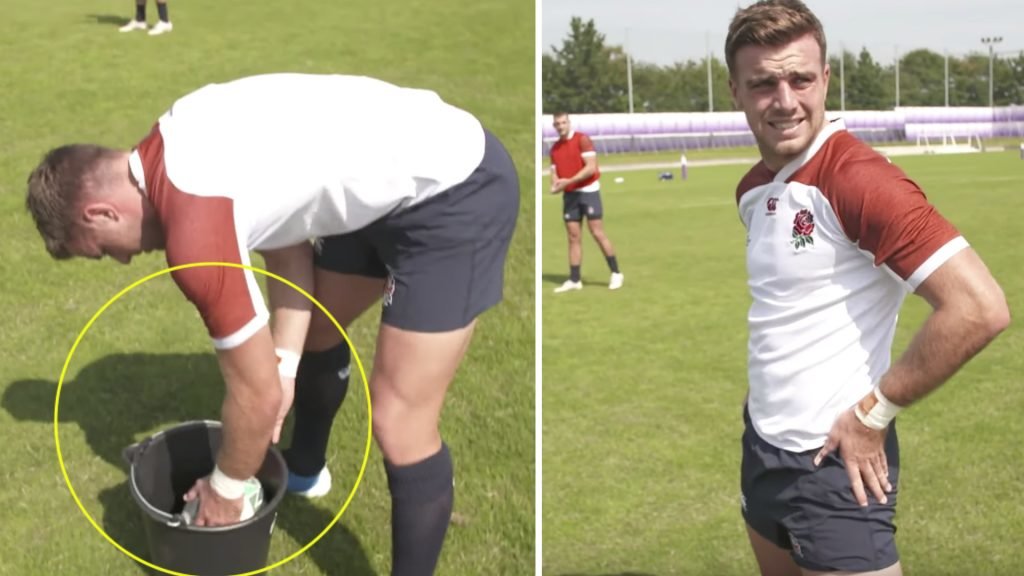 The Rugby World Cup is well and truly all around us now, as we near the end of the Pool stages of this brilliant tournament. There have been some key themes of this World Cup, tackle controversy, soapy balls and humidity.

For anyone who doesn’t know, the England Rugby social media team has been consistently releasing a brilliant series on England and their World Cup campaign. The series is called ‘Rising Sons’ and it follows the exploits of the men in white as they aim to win their second-ever World Cup.

This episode looked at the England team as they took the bullet train past Mount Fuji and headed to the city of Tokyo to continue their World Cup adventure.

One thing we noticed from this video is just how down to earth and humble this England team appears to be. In previous years, England has been known as an arrogant team, looking into themselves and seeing themselves as being above everyone else. Not our words… but it’s a widely held opinion. This team seems so far removed from that, however. Eddie Jones seems to have instilled normality to this England team, and it’s portrayed very clearly in this video.

In this video the England players can be seen wandering through the streets of Tokyo, taking it all in. Jones lets the players’ partners visit, there doesn’t seem to be any massive restrictions for this England team. An interesting clip in this video showed England backs training with what appeared to be a wet or soapy ball. Much has been made of the humidity at this tournament with ex-players such as Andy Goode suggesting that players should even wear sticky mitts to combat it.

England will be hoping that drills like this help the team as they hope to finish the Pool stages as one of only teams to leave this stage of the tournament unbeaten.

This really shows much of a problem the humidity has been for teams at the tournament if they’re going to these levels to combat it in training.

Watch this clip below of them training with the wet balls. It’s well worth a watch.