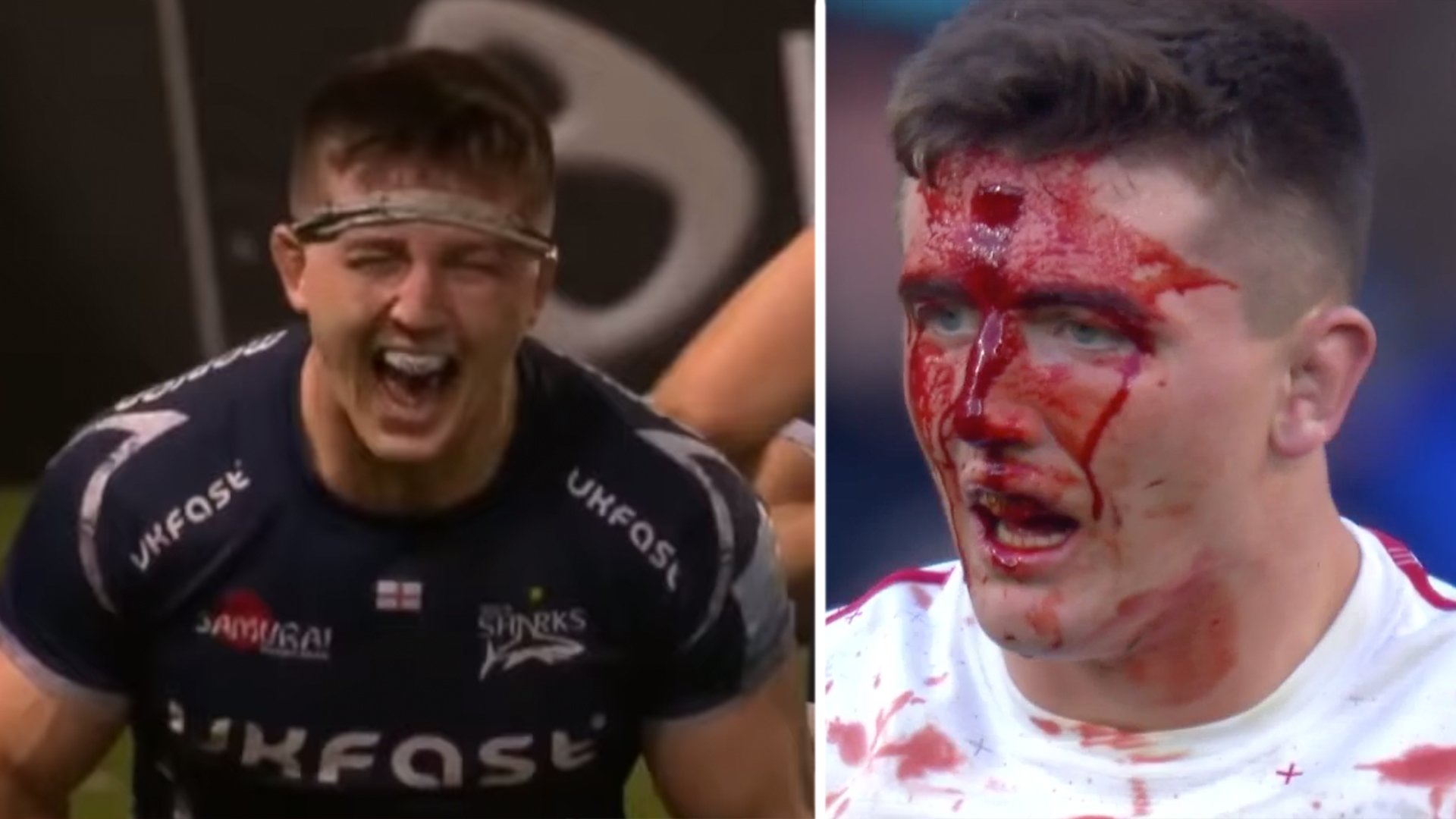 England flanker Tom Curry, is without a doubt one of the brightest sparks in England’s rugby team. So why on earth did Eddie Jones select him out of position?

A highlight reel emerged this weekend reminding us of how good Tom Curry is as a flanker in rugby.

The 21-year-old flanker is one of the best players in the World for his ability to STEAL THE BALL. This video below highlights how he is quite simply incredible at this.

This begs the question, why did Eddie Jones put Tom Curry, a player who has never started at Number 8 in the back row? He is not a massive ball carrier, he is a ball stealer.

In this video below you can see just how good he is at stealing the ball. He couldn’t do that in the 8 position for England.

Make Tom Curry a flanker not a 7!

Eddie Jones denied England’s sluggish first-half performance in their 24-17 loss against France was the consequence of a World Cup hangover.

Jonny May’s brace of tries after the break could not drag England back from a shocking start in their Guinness Six Nations opener, with Jones’ men conceding 24 unanswered points to Les Bleus thanks to a score from Vincent Rattez and two from captain Charles Ollivon.

Much more was expected from a side who confidently powered their way to the World Cup final with dominating victories over Australia and New Zealand. Instead there were flashbacks to their stuttering showing against South Africa, France gaining the upper hand early on and England struggling for ideas in the face of inspired opponents.

But Jones was at pains to concentrate on how his side managed to pull themselves back into contention in the hostile environment of the Stade de France.

The first thing that Eddie Jones should do is to put Tom Curry back in the flank!