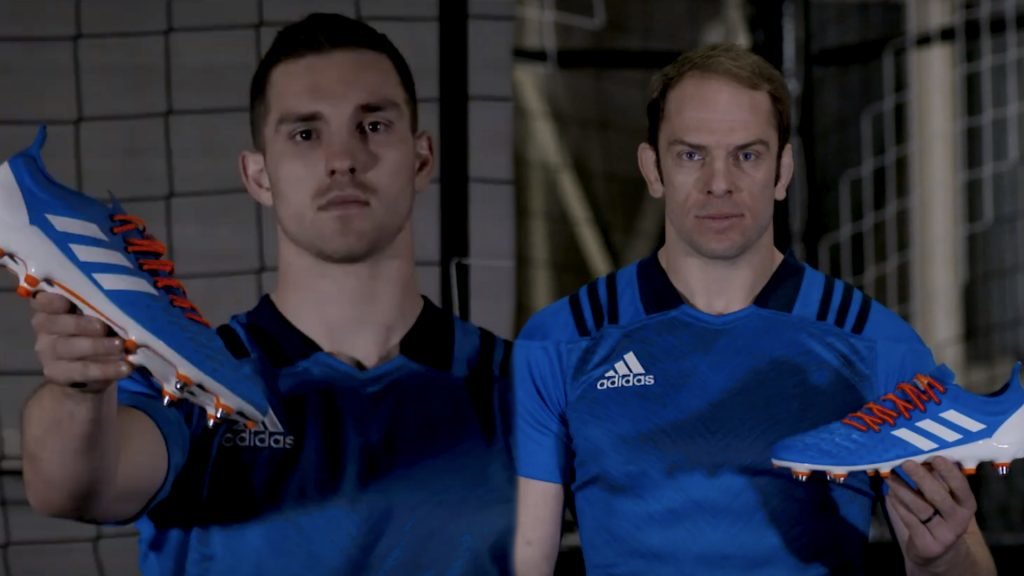 Adidas have made a boot for backs AND forwards

It’s finally here, the forwards no longer have to languish in the shadow of backs and their beautiful boots. Cheers Adidas, let’s hope they don’t break after one scrum…

George North, Alun Wyn Jones and Manu Tuilagi all help to push these boots out for Adidas and we think they’re actually very smart!

In other news: Tom James signs for Scarlets

The 32-year-old will link up with the squad next week, continuing an impressive career in professional rugby.

James played 163 games for Cardiff Blues in two spells that spanned 11 seasons. He also had two years with Exeter Chiefs in the English Premiership.

A powerful, pacy runner, he was capped 12 times for Wales, making his last Test appearance against Scotland in the 2016 Six Nations.

James took a break from the professional game at the end of 2017 and has since spoken openly about his battle with depression.

He returned to rugby last season, making a lone appearance for the Blues and featuring for Merthyr, Pontypridd and Cardiff in the Welsh Premiership.

He is now determined to make another mark on the regional game down west and has been feeling in great shape ahead of the coming season.

“I can’t wait to get started. I am absolutely delighted to have secured this move with the Scarlets,” said Tom.

“At the end of last season I felt I still had plenty to offer professional rugby, but the opportunity didn’t come at the Blues.

“I have worked hard in the off-season, feel in good shape and the hunger is there again after a tough couple of years.

“This is an exciting move for me, especially with the way the Scarlets play the game and hopefully I can also offer my experience to the younger players in the squad.

“I want to prove to people that Tom James is back.”