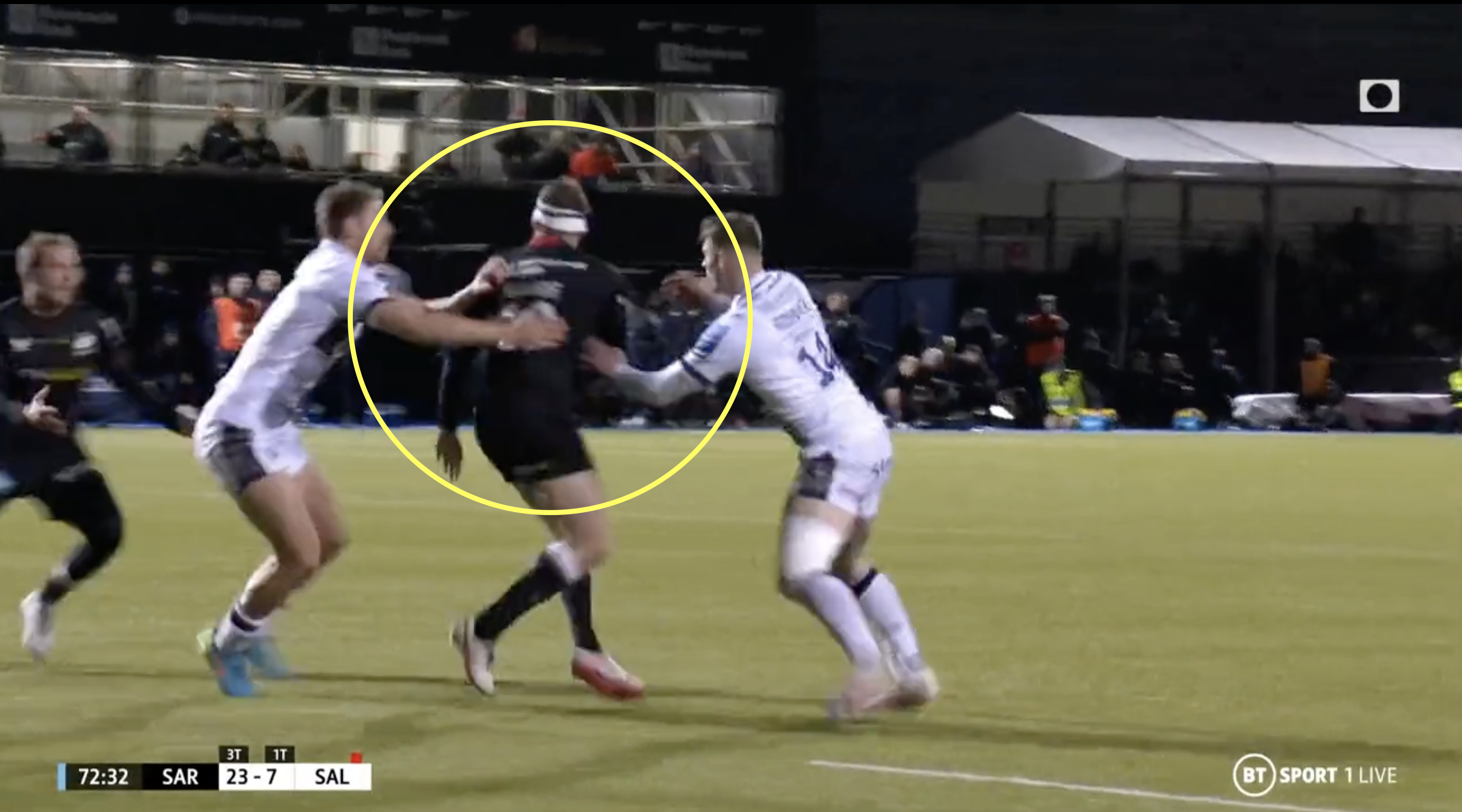 If Alex Goode did not have his head strapped against Sale Sharks on Sunday, anyone could be forgiven for thinking he actually has eyes in the back of his head following the try he created for Max Malins.

The moment came late in the game as Saracens secured the win with their third try of the match. Goode, who was playing at fly-half at the StoneX Stadium, looked shaped to play a pass to his left just metres away from Sale’s line before twisting almost 180 degrees to pop the ball to Malins on his inside.

When two very intelligent players are on the same wavelength and are working in tandem, they can produce moments of magic like this when the ball carrier does not even need to look where he is passing. Fans across the Gallagher Premiership are accustomed to moments of brilliance like this from the 33-year-old, but Saracens fans are likely to have a couple of seasons of him working in tandem with his successor Malins.

The 25-14 win leaves Saracens in second place in the Premiership, six points behind Leicester Tigers, ahead of the biggest round of the season this weekend. Round ten sees Saracens travel to take on fifth place Exeter Chiefs on Saturday, and reigning champions Harlequins travel to Welford Road to take on league leaders Leicester the day after in what could easily be a preview of the semi-finals later on this season.

With fly-half Owen Farrell expected to be out for the next couple of months, Goode will likely step up to play in the No10 shirt on a number of occasions, and based on his performance against Sale, that won’t affect Saracens too much.