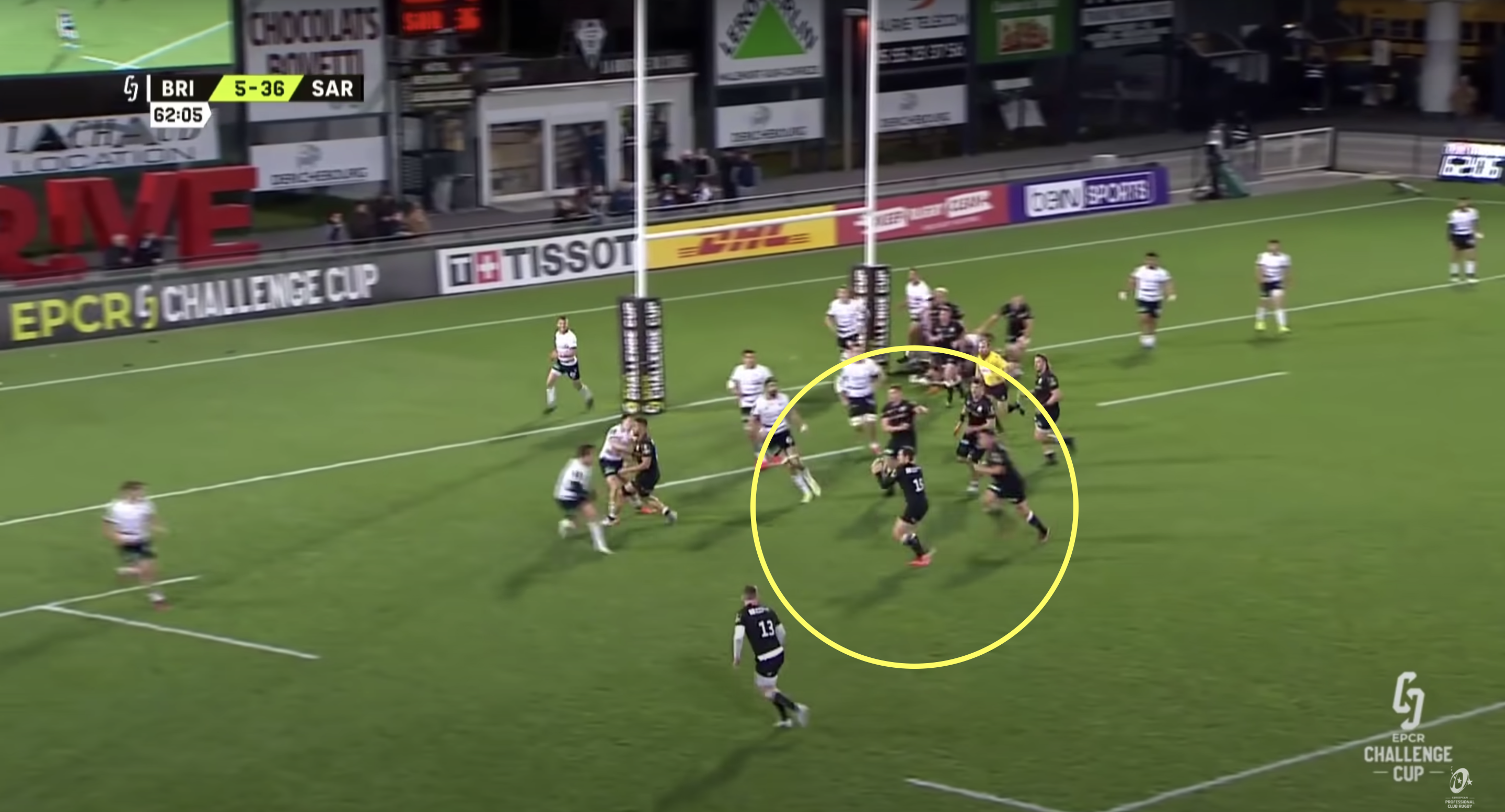 At the age of 33, Alex Goode has seemingly been around forever, and we are all still waiting for him to have a bad game for Saracens.

The former European Rugby player of the year is the paragon of consistency and has been one of the key cogs in a Saracens team that have dominated Europe over the past decade. Though he may not have been playing at the lofty heights the Men in Black are used to last Friday night, playing Brive in the Challenge Cup, he showed his class nevertheless.

His performance was full of class, maybe with the most impressive moment coming in the second half when he created a try for winger Rotimi Segun with a perfect 15 metre pass. What was more special was the fact that he was able to produce the ball almost instantly after receiving a pass from Owen Farrell. But hands like these are what many Saracens supporters have become accustomed to with the fullback.

This was not his only moment of class in the match though, as he played a key part in Jamie George’s try. After receiving the ball in the back field, he created a gap for Ben Harris to waltz through, who in turn put the hooker in for the try. This was the same try that resulted in the now infamous red card for Brive fullback Axel Muller for his truly egregious hit on Harris after he had passed to George.

The win meant Saracens qualified for the next round, where they will host Cardiff in the round of 16.

Take a look at Segun’s try:

This pass from @Alex_goode0 to set up @RotimiSegun was a delight 🤩

Remember you can get your tickets to the Last 1️⃣6️⃣ from 6pm this evening 🙌#StrongerTogether ⚫️🔴 pic.twitter.com/bpptgP1FIy

Take a look at the highlights: