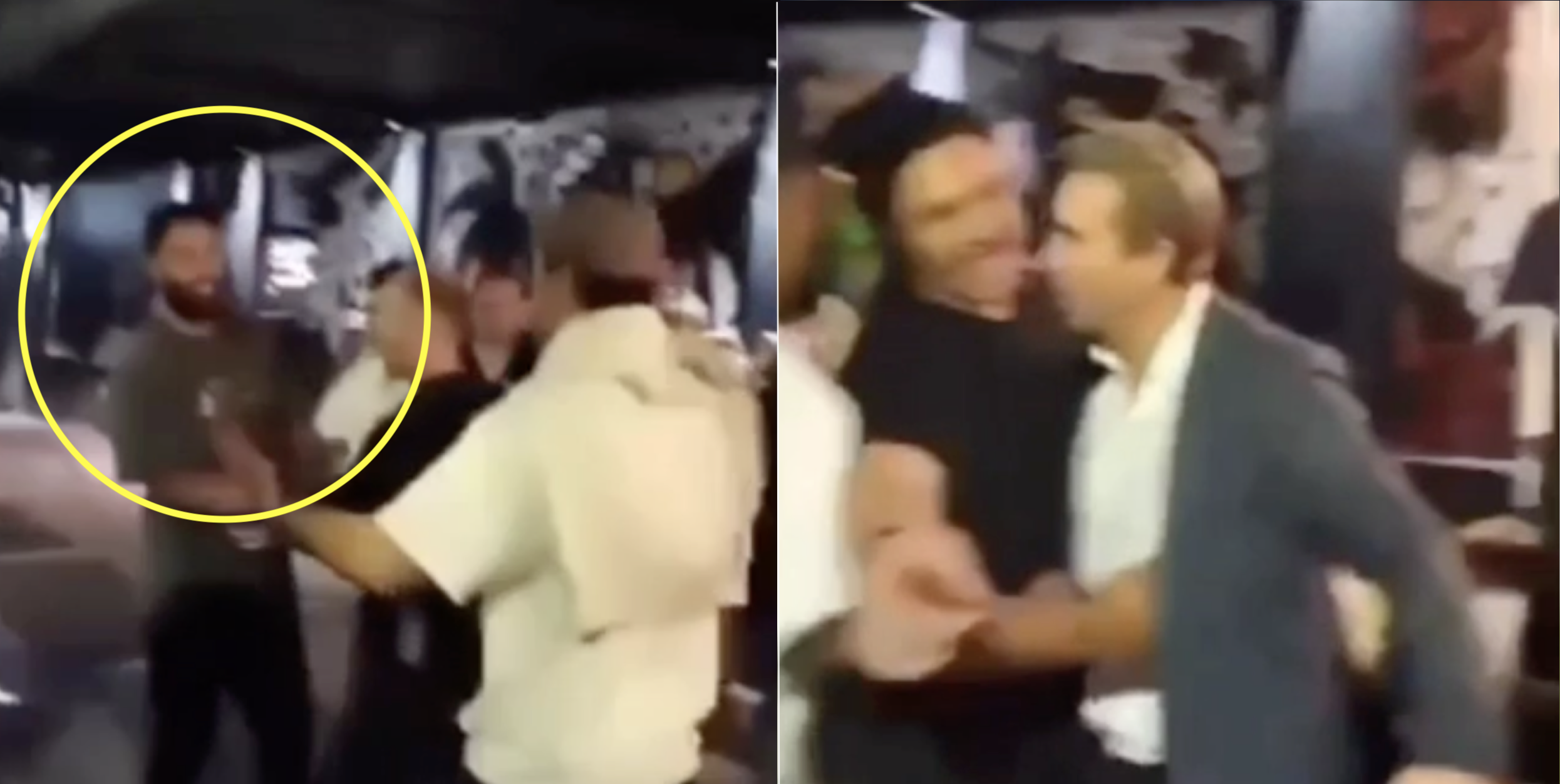 The All Blacks are not taking their series loss to Ireland well by the looks of things, as footage has emerged in the wake of the third Test loss in Wellington of an altercation between one of the players and former All Black Justin Marshall in the street.

The video has been shared on Reddit, and though it is not the clearest quality, it looks as though it is an altercation between Akira Ioane, who started and scored in Wellington, and former All Blacks No9 Marshall.

It is hard to make out what Ioane is saying over the commotion on the street, but he is being held back by the people around him as Marshall tries to walk towards him. Meanwhile, fellow All Black Caleb Clarke is trying to be a peacemaker in this situation and telling Marshall to walk the other way.

Marshall works as a pundit now and may have said something during the series that Ioane took umbrage with, as the 48-year-old is clearly not in the flanker’s good books at the moment.

The 2-1 series loss means the All Blacks have now lost four of their last five matches, and the pressure is mounting on coach Ian Foster. Marshall’s punditry colleague John Kirwan has recently questioned what the future has in store for Foster with the Rugby Championship fast approaching in August.

“He wins (the Rugby Championship) and we see some signs of improvement then I think he’ll survive,” Kirwan told Newstalk ZB.

“If he doesn’t then I just don’t know what will happen.

“None of us are used to that.

“It was a bit of a shock for everyone to see that happening … there’s a lot of negativity out there.

“The All Blacks have a lot of soul searching to do.”