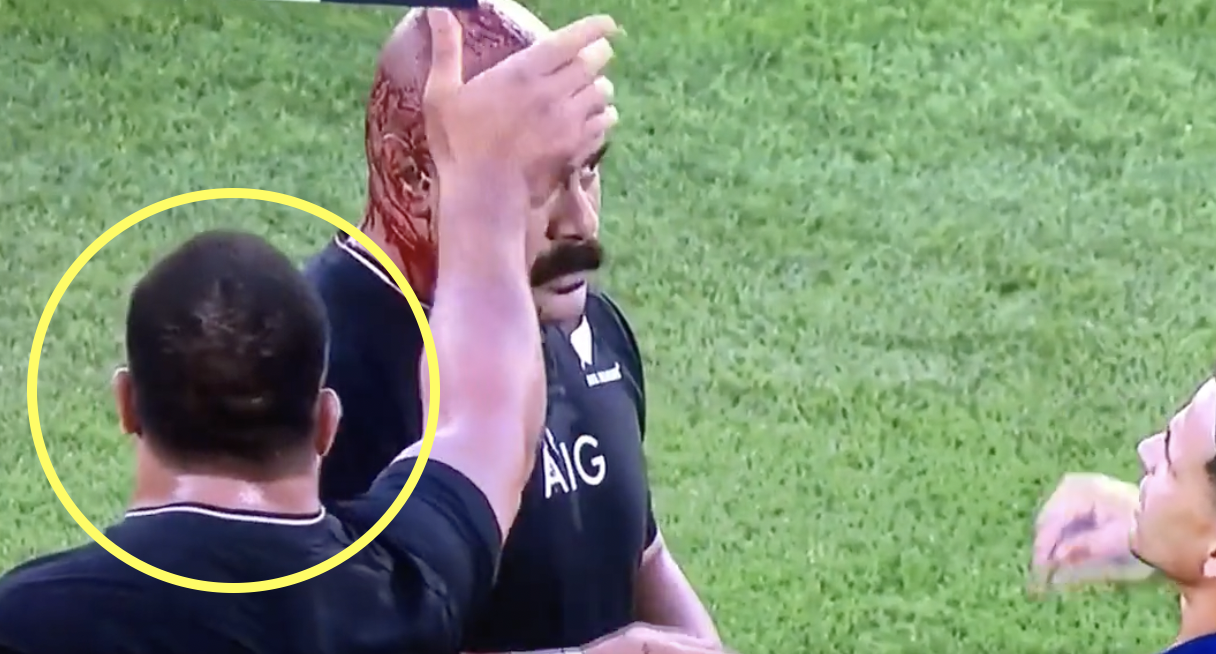 All Black qualifies as a doctor during Rugby Championship

All Blacks loosehead Karl Tu’inukuafe picked up a nasty gash at the top of his head against Argentina on Sunday, causing blood to gush out like a fountain and effectively form a red hat on his head.

Referee Nic Berry instructed him to get it treated, but before the medic came to the field he was paid a quick visit from his front row partner Nepo Laulala, who provided his own treatment. In his expert medical opinion, Laulala felt the best course of action involved wiping his hand across Tu’inukuafe’s head to clear the blood. The procedure was shared by rugby writer Jamie Wall on Twitter.

Laulala’s treatment did not quite cut it, however, and Tu’inukuafe was forced to get a second opinion on the cut, and was swiftly seen by the medics.

Laulala could have fooled anyone on this occasion into thinking he is a medical professional, although his treatment of Argentina’s Pablo Matera in the opening tackle of the match was not conducive to living a happy and healthy life. The prop almost cut the flanker in half with the biggest hit of the match straight from the kick-off.

Despite shedding plenty of blood, largely by Tu’inukuafe, the All Blacks came out on top against the Pumas, winning 39-0. The win kept them at the top of the Rugby Championship ladder, and they finished the weekend with a five point lead over South Africa following their loss to Australia in the succeeding match on the Gold Coast.

The All Blacks face Argentina again this weekend in Brisbane, and will want to maintain their exemplary defensive record they have shown against the Pumas since they lost to them last year. Since the historic loss, Ian Foster’s side have won both their matches 38-0 and 39-0 against Mario Ledesma’s side.