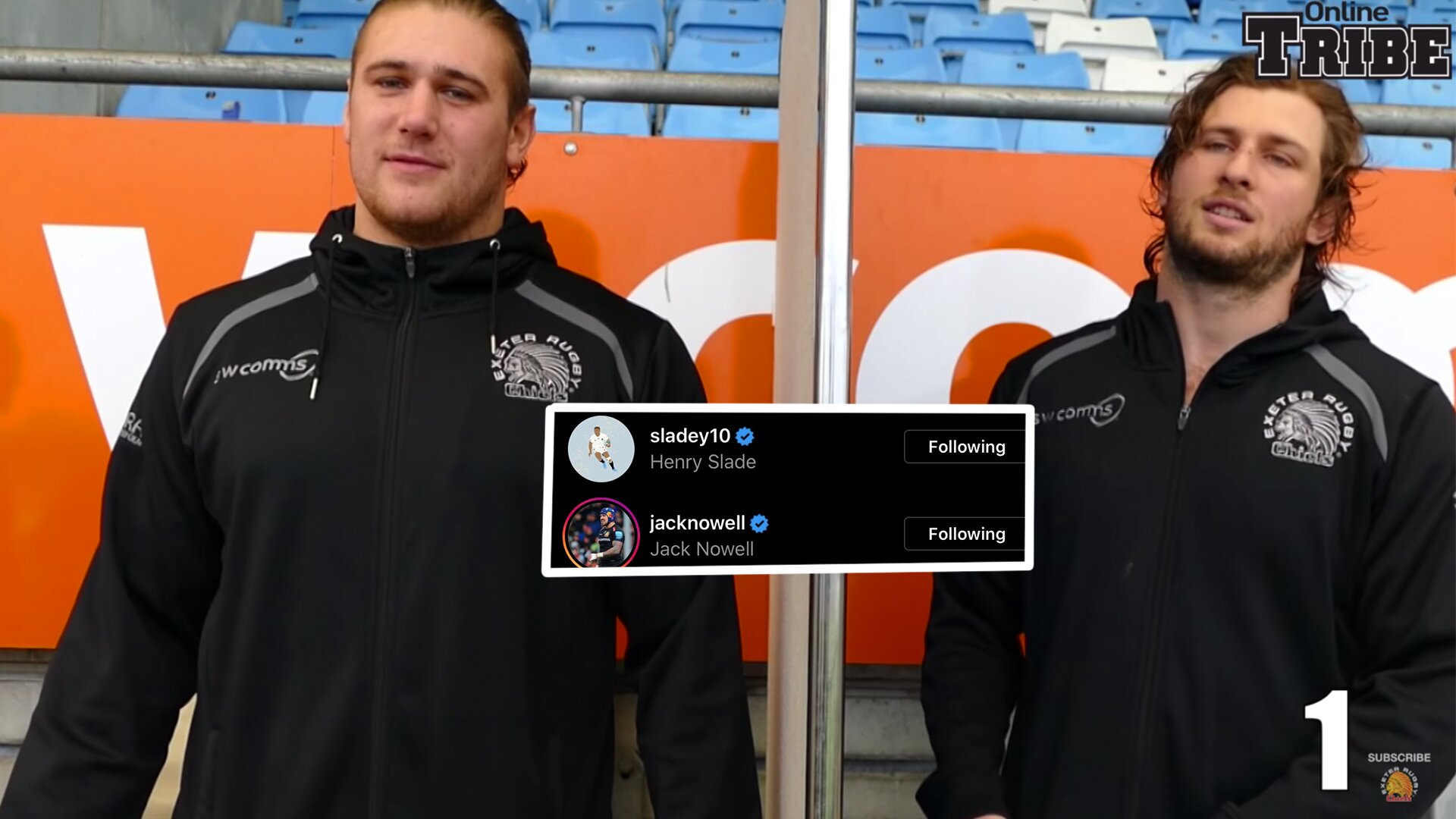 Exeter Chiefs rugby club is looking at a Personal Relations nightmare after several of their players shared support for anti lockdown sentiments on social media.

Harry Williams, one of Exeter’s props released an Instagram story saying that the nation was being lied to, and that they needed to ‘open their eyes’. 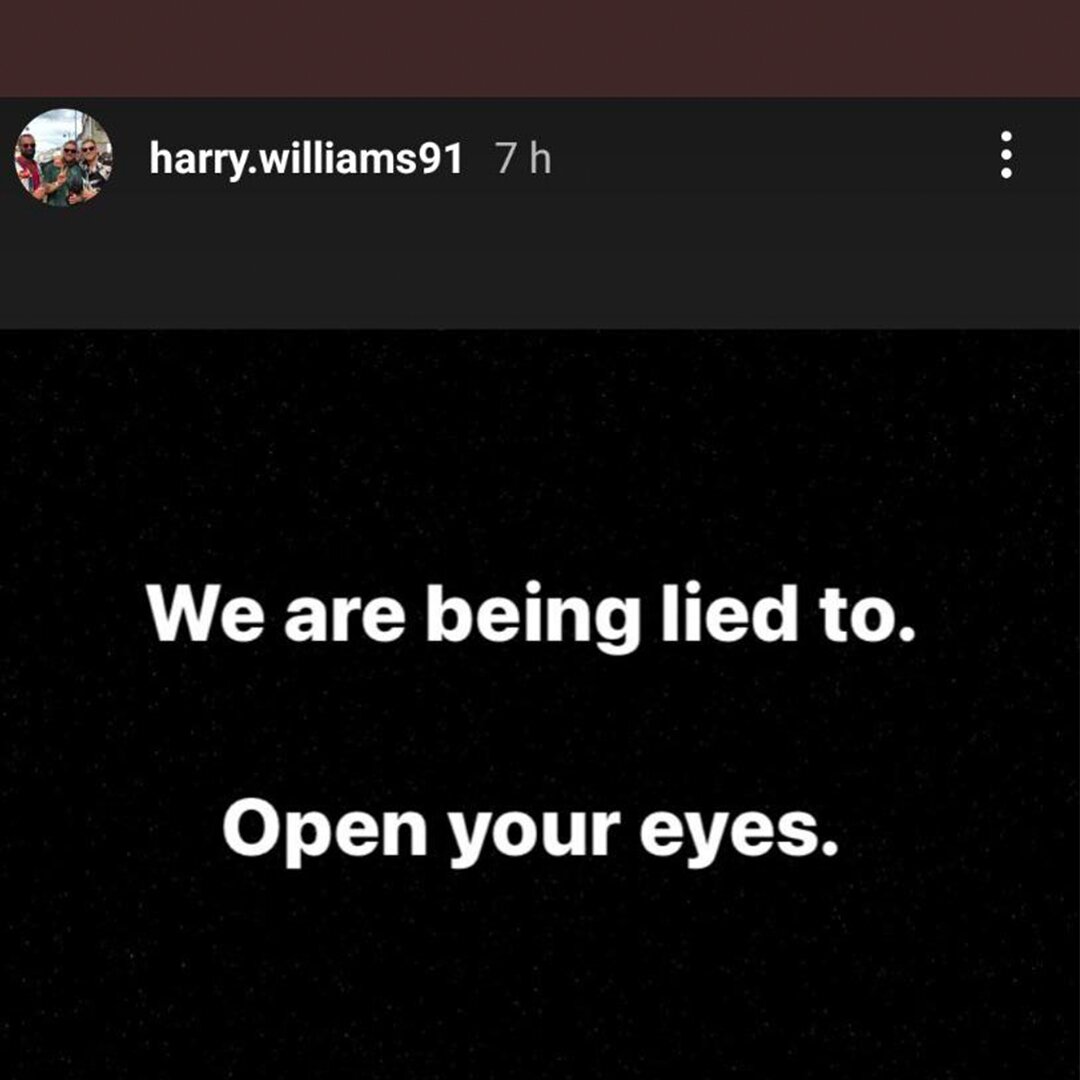 Henry Slade and Jack Nowell both reshared this rant from the Exeter prop.

This suggests that a lot of the Exeter players are in agreement with this kind of thinking.

This is Henry Slade resharing the controversial post by the prop. 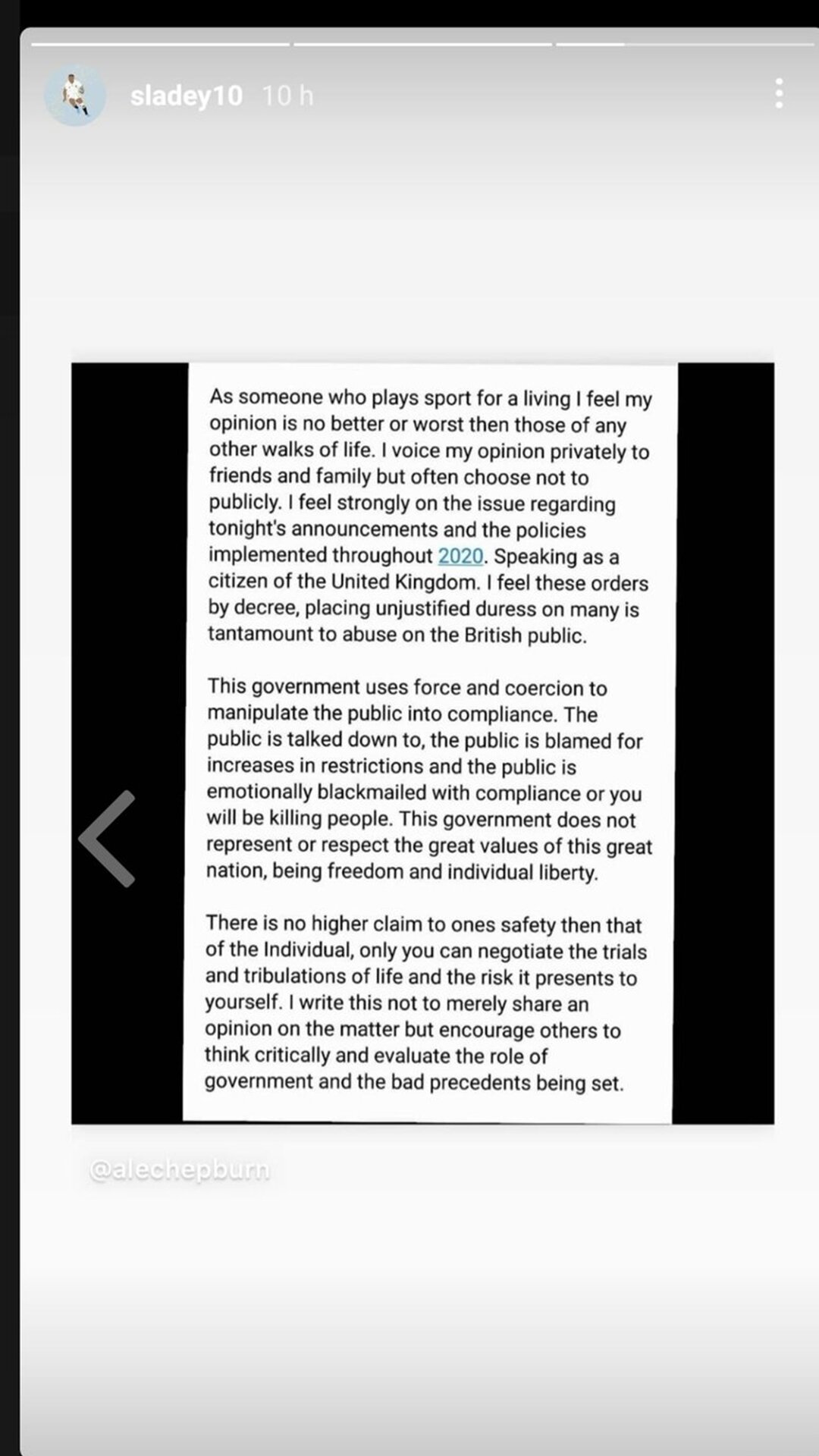 Fans have already begun to turn on Exeter Chiefs players after the news emerged that Exeter players were sharing these kinds of messages.

My god, Exeter Chiefs players are *phenomenally* thick, aren’t they?

So at @ExeterChiefs that’s now Rob Baxter, Harry Williams, Alec Hepburn, Henry Slade, and Jack Nowell all sharing or talking about anti lockdown or anti testing Covid conspiracy theories??? No chance they should be allowed play in Europe this season. #Exeter @ChampionsCup

Not Chiefs players once again tweeting dangerous nonsense about the pandemic. Had it with them this year to be perfectly honest.

Interestingly these posts have garnered support from their Exeter teammates. Mainly Henry Slade and Jack Nowell who Both liked Alec Hepburn’s posts.

Here is the post that Hepburn made sharing anti lockdown sentiments. 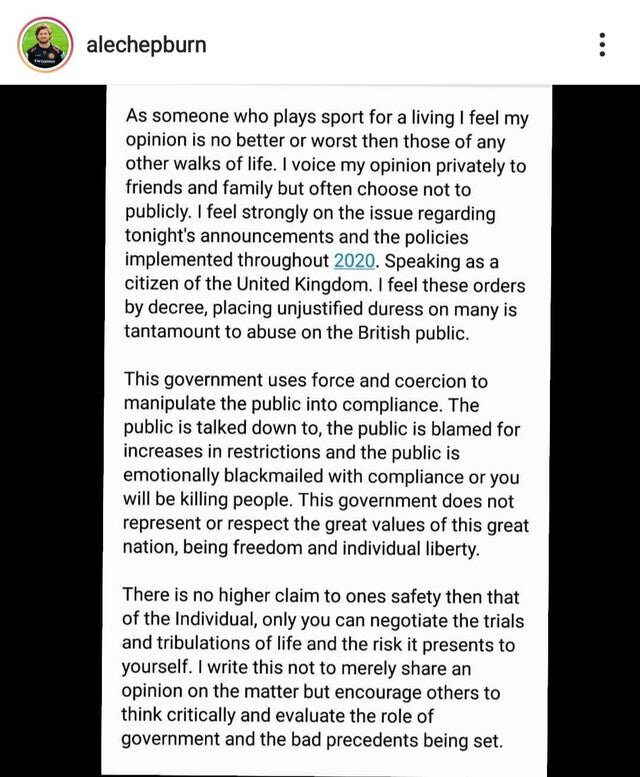 The seeds were planted back in the summer with Exeter’s cultural appropriation scandal with their mascot being released from his role at the club for his links to Native America.

Exeter have now given themselves a reputation in rugby as quite a controversial team after some of their players have expressed these views.

Rob Baxter spoke in the summer about players that he would room with, and he instantly replied with ‘Harry Williams’.

It appears Baxter agrees with a lot of the views that were made this weekend.

We were making an Exeter documentary of sorts as they were turning heel. On ice at the moment. So we’ve a bunch of radio audio and other interviews saved.

This moment on Harry Williams from Baxter was a big ole yikes pic.twitter.com/2zSHKesEFU

Does this mean he sides with him on these kinds of views?