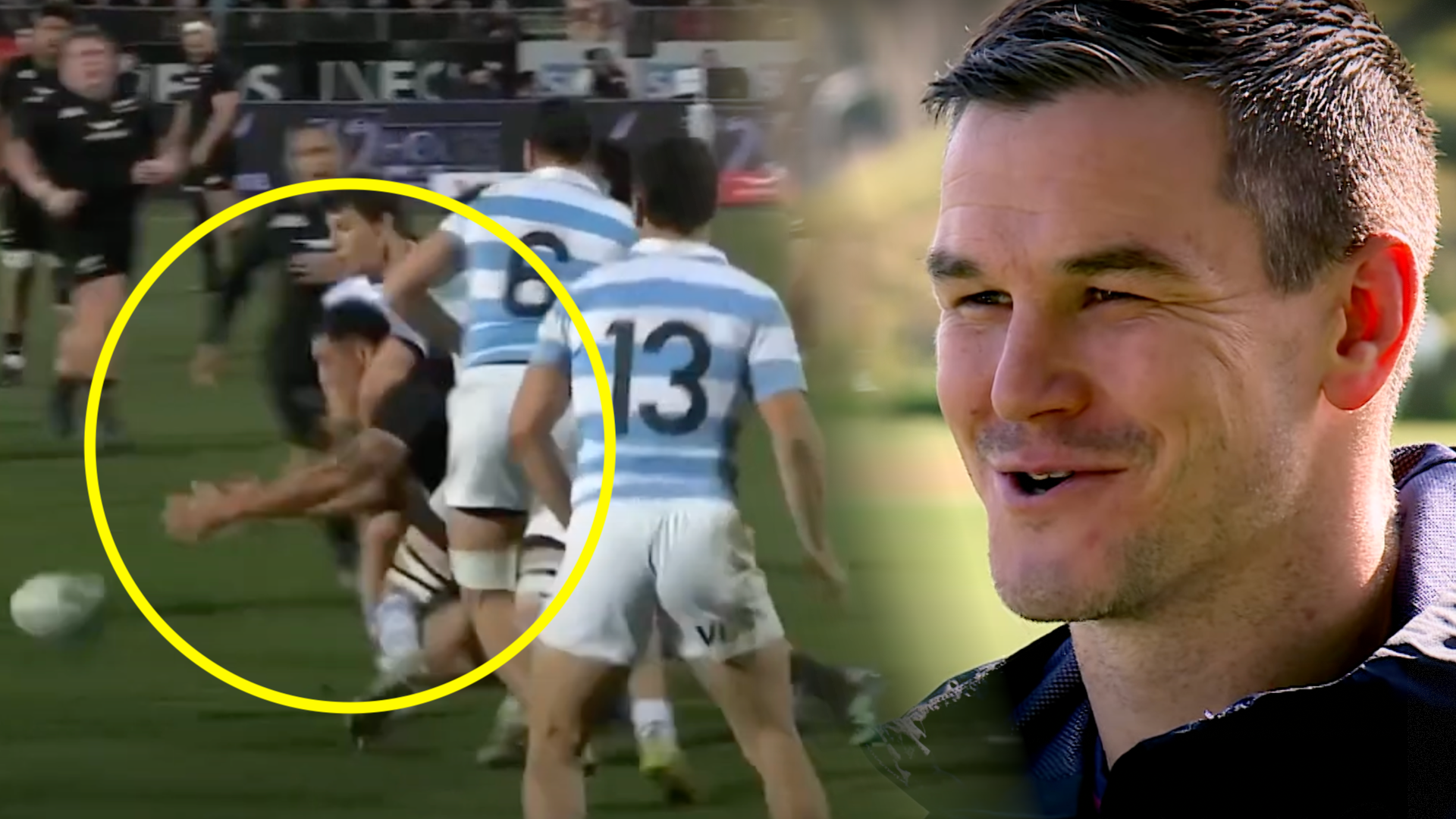 At the age of 37 now, it seems like Ireland captain Johnny Sexton has been pulling off his trademark loop since the dawn of time. There is not a defence in rugby that has not seen the fly-half pop the ball to the player outside him then scurry around the back to pick the ball up again.

That move has the fingerprints of Sexton’s longtime Leinster and Ireland coach Joe Schmidt all over it, who is now working as Ian Foster’s assistant coach with the All Blacks. Well it has not taken long for the former Grand Slam winning coach to try and get the All Blacks pulling off the same move. However, after their loss to Argentina last Saturday in Christchurch, it is safe to say that both that move and the All Blacks in general are a work in progress.

RugbyCoach8 has shared a clip on YouTube of New Zealand trying to emulate Sexton’s classic move with Jordie Barrett in the ‘Sexton role’. He popped the ball to Richie Mo’unga, who in turn had the option of popping the ball to the player to his left, Codie Taylor, or pulling the ball back to Barrett, just like Ireland do. But a mistimed run from Taylor saw the ball being spilt forward, which more or less sums up where the All Blacks are at the moment: zero fluidity in their attack and poor handling, two aspects of the game where they have been lightyears ahead of the rest of the world over the past decade.

Take a look at the clip:

In the wake of the loss, an unprecedented amount of pressure has been mounted on Foster, with many calling for Schmidt to replace him as coach. For now though things seem to be as they were, with the All Blacks preparing for their rematch against the Pumas in Hamilton this Saturday.