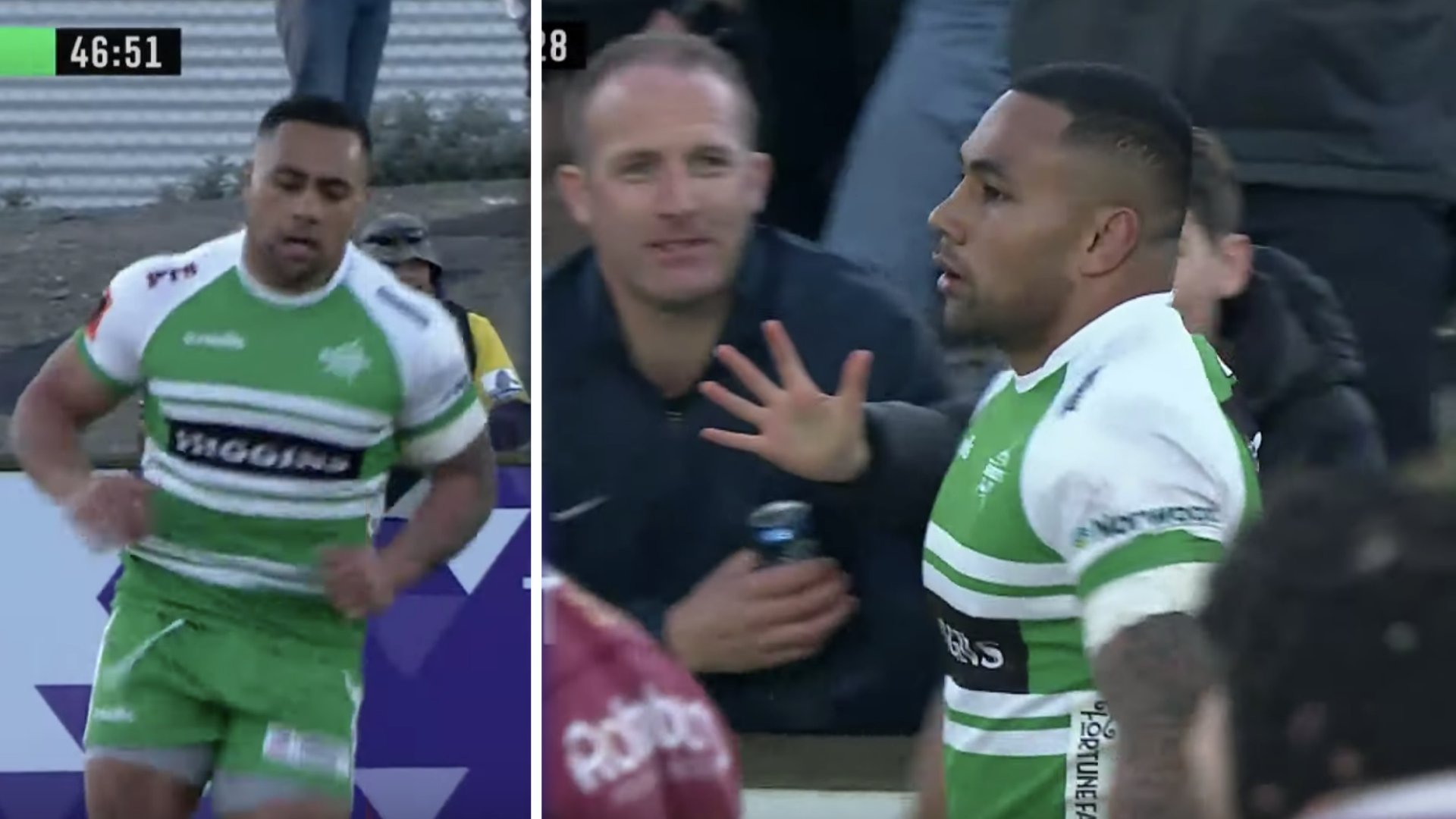 What a performance from Ngani Laumape, who was incredibly unlucky to miss out on an All Blacks spot for the World Cup. The New Zealand centre, who played exceptionally for New Zealand in the Lions Tour of 2017, scored two tries here, raising questions about his exclusion from the team.

Here are his two tries.

The first try was pure speed from Laumape.

And the second one exhibits just how dangerous this man is with ball in hand off the foot. He just seems to be a class above the rest at this level.

It was interesting to see his lack of emotion when the ball went over for the try, his mind is obviously on Japan and the fact that he is missing out on this tournament when he’s at his very peak.

He will be hoping that All Blacks coach Hansen was watching this.

Aso was ruled out late from last week’s win over the Bay of Plenty Steamers because of a virus but he has recovered fully as he prepares to partner Peter Umaga-Jensen in the midfield.

His return sees Billy Proctor return to fullback where he has featued in the earlier rounds of the Mitre Cup this season.

Wellington Lions head coach Chris Gibbes has made two other changes to the starting XV with a new inside back combination of Kemara Hauiti-Parapara and Trent Renata taking over from Connor Collins and Jackson Garden-Bachop who move to the bench.

“We think it’s a good time to look at another combination in case we have to use one later in the season,” Gibbes said.

“It is also a good opportunity for Trent, who has been working really hard, to show us what he can do. He’s obviously a very experienced player and we expect him to show that on Sunday.” Laumape would boss this team.

Sunday’s match will be played for the Mike Gibson Memorial Trophy which is currently held by Wellington.

Gibson was a popular centre and wing who played for Wellington and Otago in the 1980s before he sadly passed away from Leukemia, aged just 27. He played three seasons for Otago, and one full season in Wellington and for the Lions.

“It’s a special trophy for both sides and we are delighted that members of Mike’s family will be in attendance on Sunday,” Gibbes added. Laumape added too.

“We are expecting another massive challenge from Otago who have already showed they possess a lot of attacking threats, especially out wide.”

Sunday will also see the first double header involving the Lions and Wellington Pride who will meet Counties Manukau in the Farah Palmer Cup at 11.35am.

It will also be a special occasion for Jackie Patea-Fereti who will beomce the most capped Pride player.

The Black Fern will pass Rebecca Liua’ana when she makes her 59th appearance.

The Wellington Lions squad to meet Otago is: