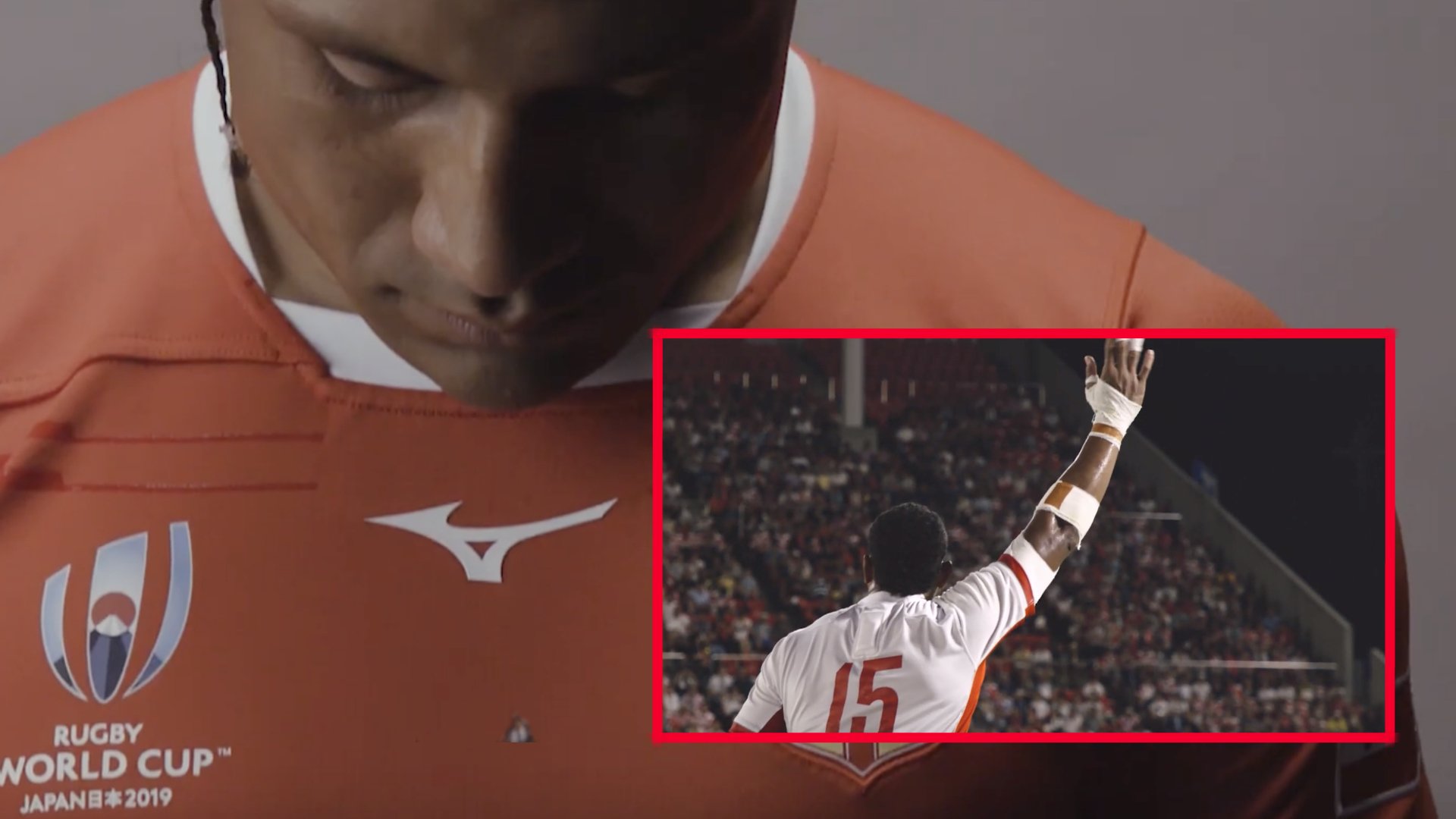 What a truly incredible advert for Tonga Rugby…

We stumbled across this video just a few hours and ago and it tells a truly incredible story about the struggles that Tonga and it’s team are going through just to get to this World Cup.

The video is an advert for Mizuno, and it follows the Tonga team as they go to Japan for the World Cup.

The production quality of this piece is incredible and we simply had to share it.

Many fans at the World Cup will most likely have Japan as their second team due to their playing style and likeability. But after watching this, it’s hard to not look at Tonga as a team to support at this tournament as your second team.

In the advert, one of the players says:

“Put on the red jersey means everything but mainly it’s for my family first, the struggle they go through so I know they’re proud just to give back to me. I’m sure we’ll do our best to make them happy.”

Some FANTASTIC content has been released on Tonga at the moment, RugbyPass are set to release a special documentary about Tonga as they head into the World Cup, so we’re about to be spoilt for choice when it comes to content from this Pacific nation.

The team go behind the scenes and even from watching the trailer you can tell that the amount of passion that comes with this team is incredible.

Tonga are in Pool C of the World Cup against the likes of England, Argentina and France. It certainly isn’t going to be an easy ride for them. But when content like this is coming out about them. And you can REALLY see how much it means for this team, it’s hard to not want them to do well.