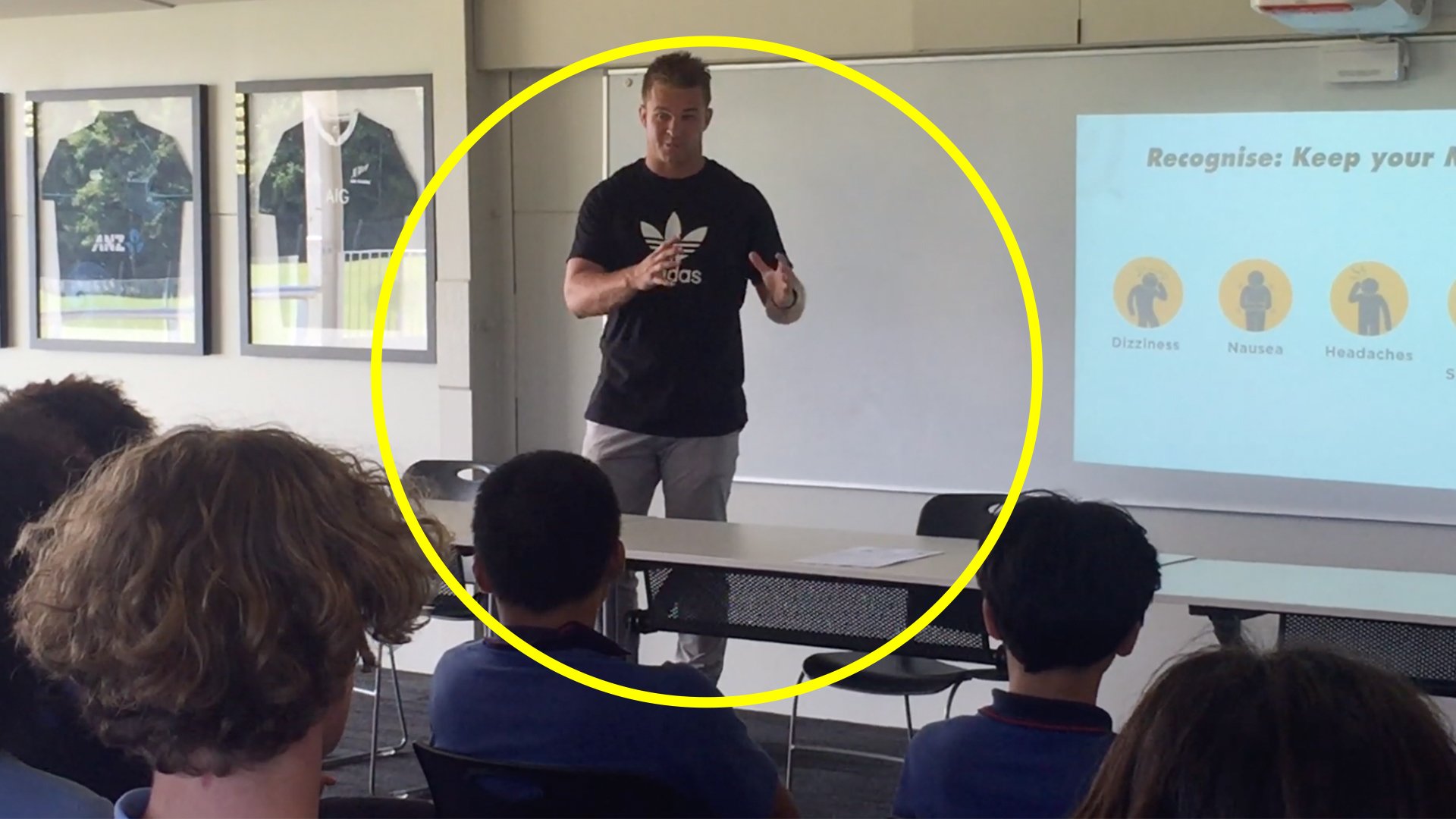 A previously unknown video of Sam Cane shows why he has been picked next All Black captain.

All Blacks head coach Ian Foster has revealed that Chiefs loose forward Sam Cane will take over as the long-term replacement for Kieran Read as New Zealand captain. The 28-year-old Cane, who made his international debut in the first match of Steve Hansen’s reign back in 2012, has accumulated 68 caps for the national side and first took over the match-day captaincy against Namibia at the 2015 Rugby World Cup.

The All Blacks flanker has been nurtured to take over as the next long term captain after legendary leader Richie McCaw retired in 2015.

The Chiefs seven broke his neck in 2018 and was at risk of never playing again.

Cane has been a key member of the All Blacks leadership group for a number of years and was viewed as one of the prime contenders to take over from former skipper Read, who relocated to Japan this year to represent the Kobelco Steelers. Alongside Cane, the likes of Beauden Barrett and Sam Whitelock were also considered possible replacements. Both men have captained the All Blacks in recent seasons in Read’s absence – sometimes even with Cane in the team.

A previously unknown video of Sam Cane giving it a motivational talk to a group of young teenagers in 2019 has now resurfaced online.

It tells us everything we need to know about why the 28-year-old was seen as the right option to be the next New Zealand long term captain.

In the video, Cane completely captivates the room with his aura as he talks about the effects of concussion in rugby.

He reminds us a lot of Kieran Read in the way he conducts himself.