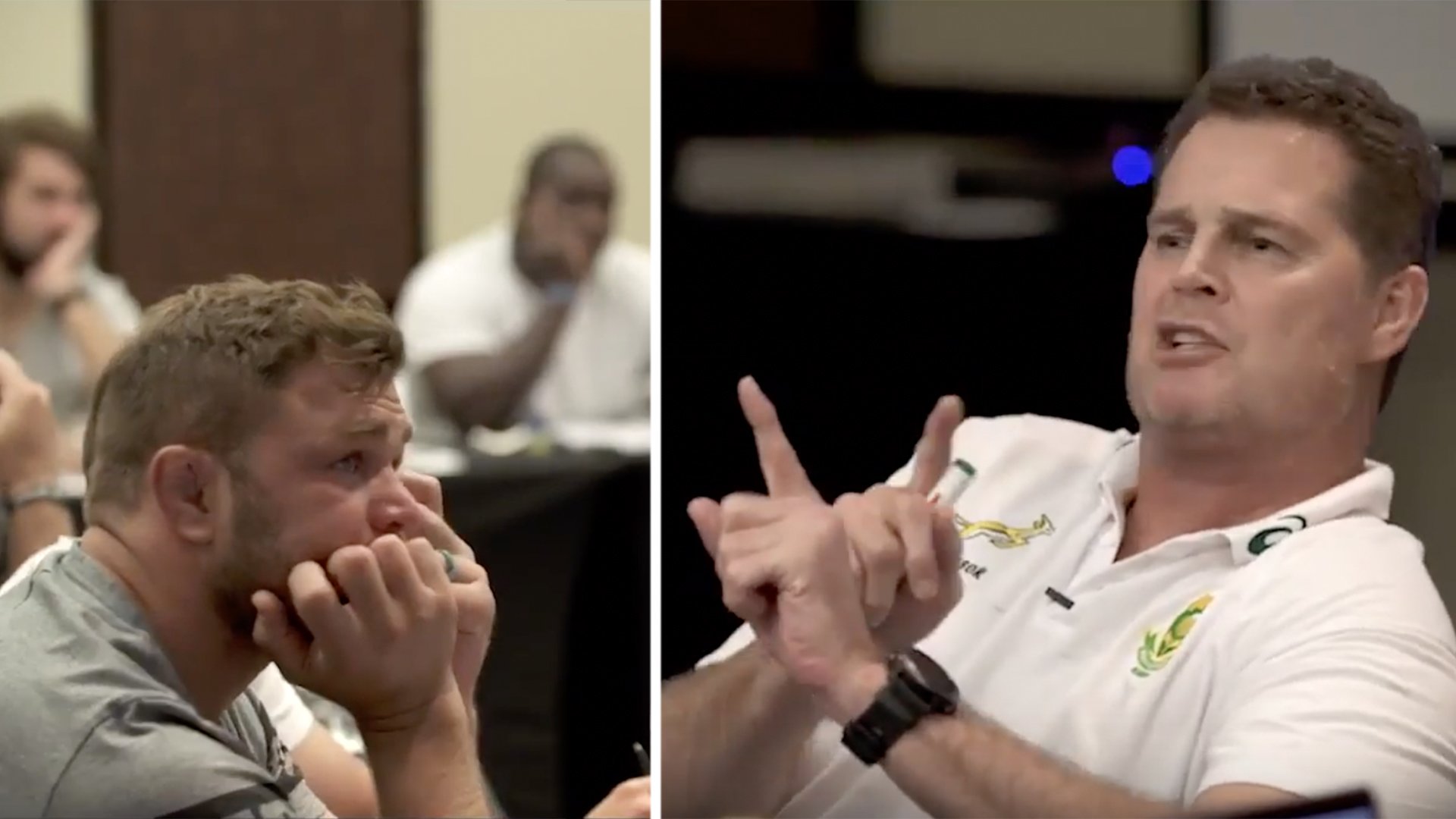 Rassie Erasmus revealed another incredible video on his Twitter account today and tells us so much about how and why South Africa won the World Cup.

South Africa’s ‘Bomb Squad’ which was known for its excellent use of the high ball over England was seemingly originated in this video, with head coach Rassie Erasmus talking about how important that it was for their team to buy into the mindset of buying for every single ball in the air on the pitch.

In an incredibly emotional and intense video, the South African clearly and passionately laid out what his team needed to do to win the World Cup.

The Springbok players hung onto every word that he said and it makes for an incredibly powerful video.

Here is the video where the ‘bomb squad’ that South Africa originated from.

South African director of Rugby Rassie Erasmus appears to have posted a video revealing the team talk that he gave to the South African team before the Rugby World Cup final.

Erasmus was spotted at Murrayfield on Saturday which fuelled speculation that he may be leaving his current role in South Africa.

The video was captioned saying, “Not Sure I would know what to say to any other team before a W Cup Final. Not Happening !!!”, implying that he wouldn’t be able to coach another team apart from the Springboks!

Here is the first video of two that he posted on his new account.

We get to see the incredible team talk that he gave to the Springboks before his team took on England in the 2019 World Cup final.

Here is the first video… What a team talk!