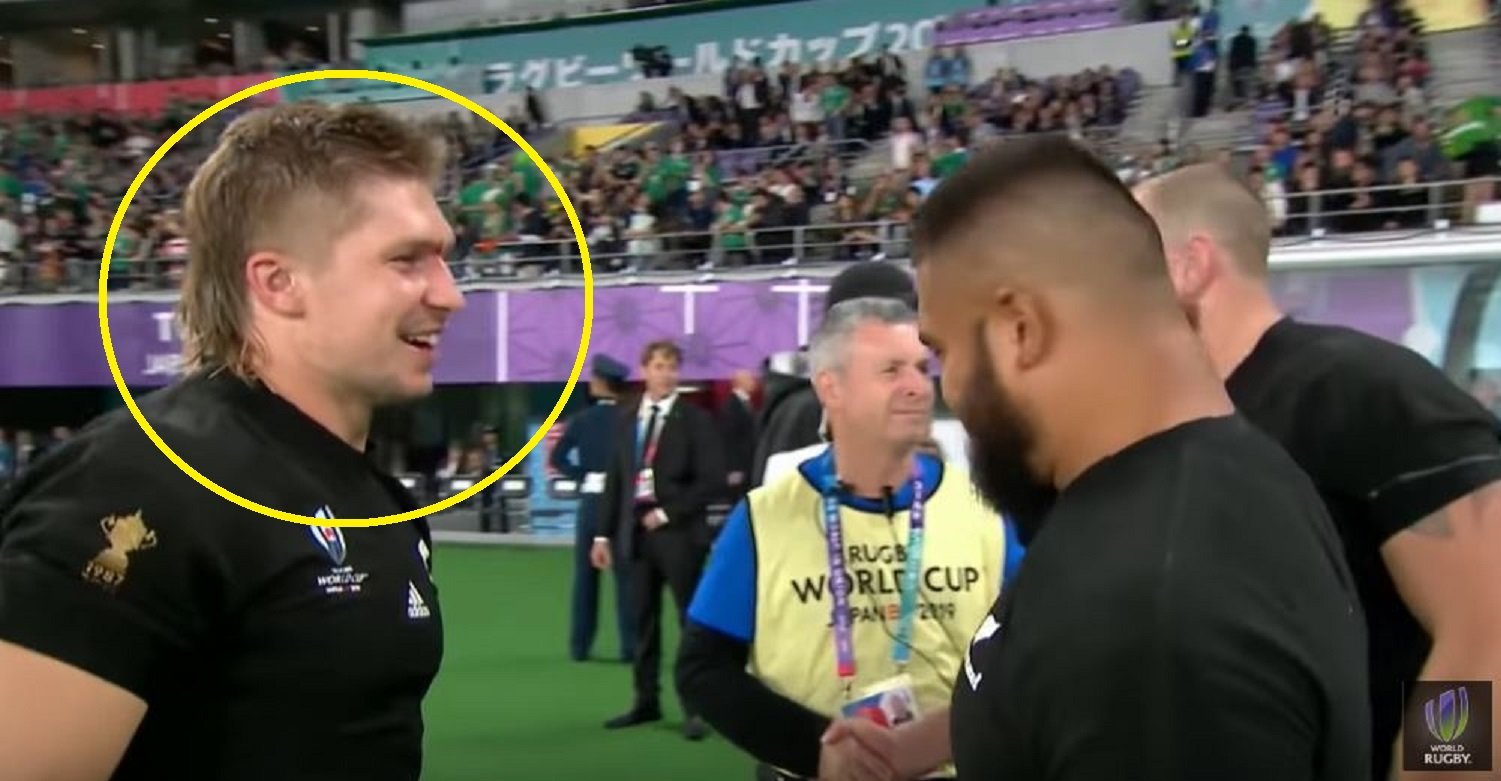 Not only were Ireland dumped out of the World Rugby cup cruelly by a ruthless All Blacks side who didn’t give a damn about them, they now suffer the ignominy of having 50 per cent of their tries removed.

On his try-scoring performance in front of his son:
“I get a bit of stick for not running more. I’m always a person who runs when it’s on. I was looking a lot this week at footage with chances around the breakdown. For a run, there were opportunities and I’m just really happy I took them.

“I think a lot of it was just trying to put a performance out there that represented my little boy. He was in the grandstand for the first time, I could feel him there. With Tegan there, my little boy there, I was really happy I put a performance that hopefully he can be proud of, one day he can look back on, and say, ‘You were there little man, you helped me get that win that night anyway’.”

On doing the L sign with his hands for his son Luca:
“Yeah I chucked it up for Luca, I was just fizzed man. He arrived last week, really special, and every game I’ve played since becoming a father has been pretty emotional and special, but just having him there tonight was really settling knowing he was there.”

On comparison with France match in 2015:
“It’s about big-match intensities. We play them all the time. We have to always get up. Some teams may struggle with that, they think they’re ready for the event. We put a lot of pressure on ourselves to be ready, we put a lot of work into our mental game this week.

“But you never know how it’s going to go. I’ve felt really good other weeks and it’s gone terrible. Maybe it was a perfect storm of emotion. There’s a lot of edge due to the last time we played we lost. The last two performances after that were tough, so it was a tough game and Ireland really bring the best out of us.”

On the performance:
“The lads showed fight, they did show fight all the way through. You can just be proud of the group, wasn’t an easy tournament but lads put their hands up.”

On what has been said in the dressing room:
“Just a few looks and goodbyes. As you know, it’s the end for us in this tournament. It’s the end of the road for a few players, for Rory and for Joe, so a few speeches from them and thanks to everyone that put their hands up.

“This is the place you want to be. We wanted to go further but it won’t be in our book. It’s up to the next group to push it through the next four years.”