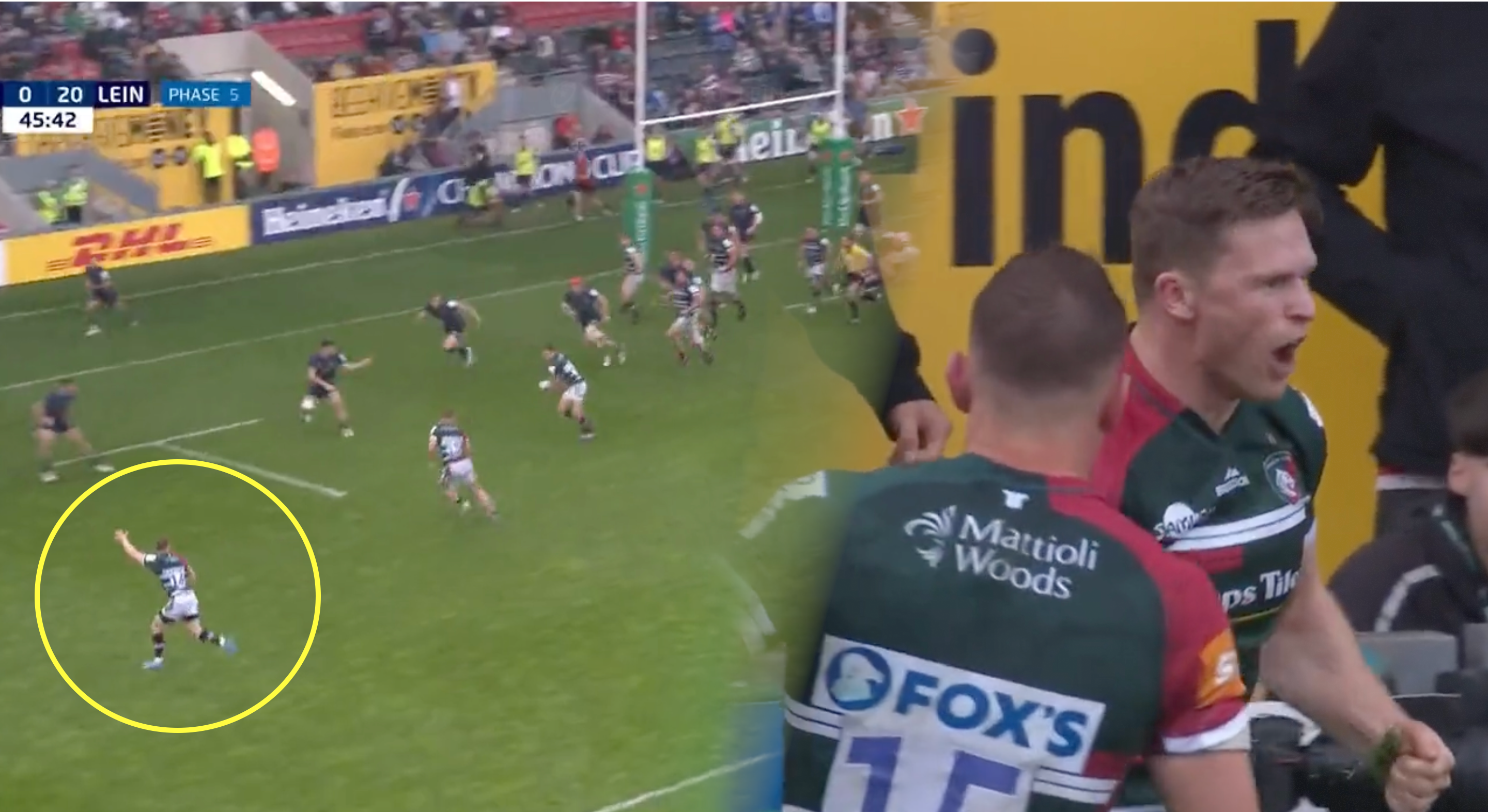 Death, taxes and Chris Ashton scoring a try are the three certainties in life, and with Eddie Jones having no clue really who his starting wingers are, could an England recall be on the cards?

Probably not, but after becoming the Gallagher Premiership’s highest try scorer ever last week with a hat trick against Bristol Bears to take him to 95, the Leicester Tigers winger extended his record as the Heineken Champions Cup top try scorer with a meat pie against Leinster at Welford Road.

The 35-year-old scored early in the second half against the European giants in the quarter-final of the Champions Cup after his side went in at half time 20-0 down to the visitors. The Tigers were completely outplayed in the first half, but even in a faltering team Ashton is capable of getting over the whitewash, and it was a typical Ashton finish.

As one of the greatest finishers the game has ever seen, you simply cannot given him any space out wide in your own 22, and that is what Leinster did. A slight gap in the corner, and Ashton is always going to exploit it.

This is what Leicester head coach Steve Borthwick said about Ashton last week: “We all know what a quality player he is.

“What’s struck me most is that I played alongside him many years ago and you can’t tell very much difference.

“I’ve aged a lot and the way he goes about his daily business is pretty much the same – he’s competitive, he trains as hard as anybody, and that was always the way.

“I’ll always remember walking into the gym, and I thought I was pretty early into the gym when I was a player, and he’s already wrapping up a boxing session.

“That always stuck with me and that’s what I see in him now; he wants to be better, he wants to improve.”