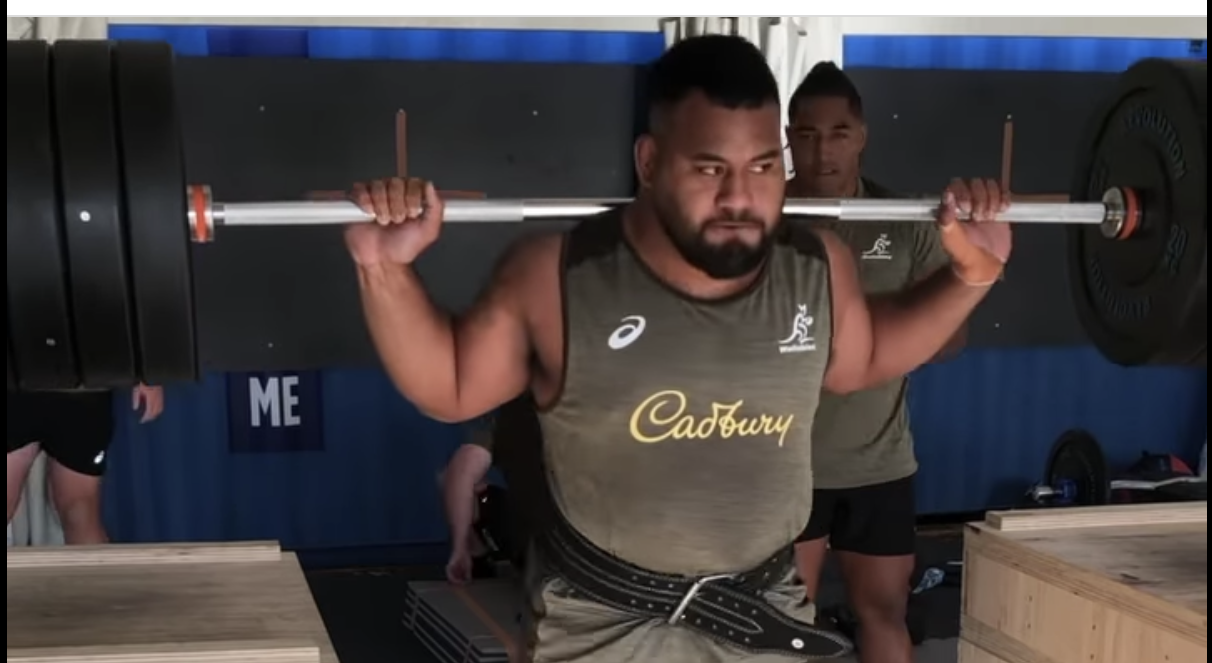 Tongan Thor is an absolute beast in the gym

Wallabies prop Taniela Tupou is undeniably one of the biggest beasts in the game at the moment, and his recent activity in the gym has only enhanced his reputation.

Footage emerged on Monday of the 25-year-old with a 170kg bar on his shoulders, which for a player with the nickname Tongan Thor is a pretty tame weight to squat. He then proceeded to push press the weight above his head. To put that into context, that’s 50kg heavier than Lukhan Salakaia-Loto, who Tupou may be lifting in the lineout in the coming weeks.

The Wallabies are preparing for their three-match series with France, which begins on July 7 at Suncorp Stadium. The tighthead has had a destructive 2021 with the Reds, showing time after time that he may be the most powerful prop on the planet with ball in hand. This latest footage shows that he is only getting stronger ahead of taking on Les Bleus.