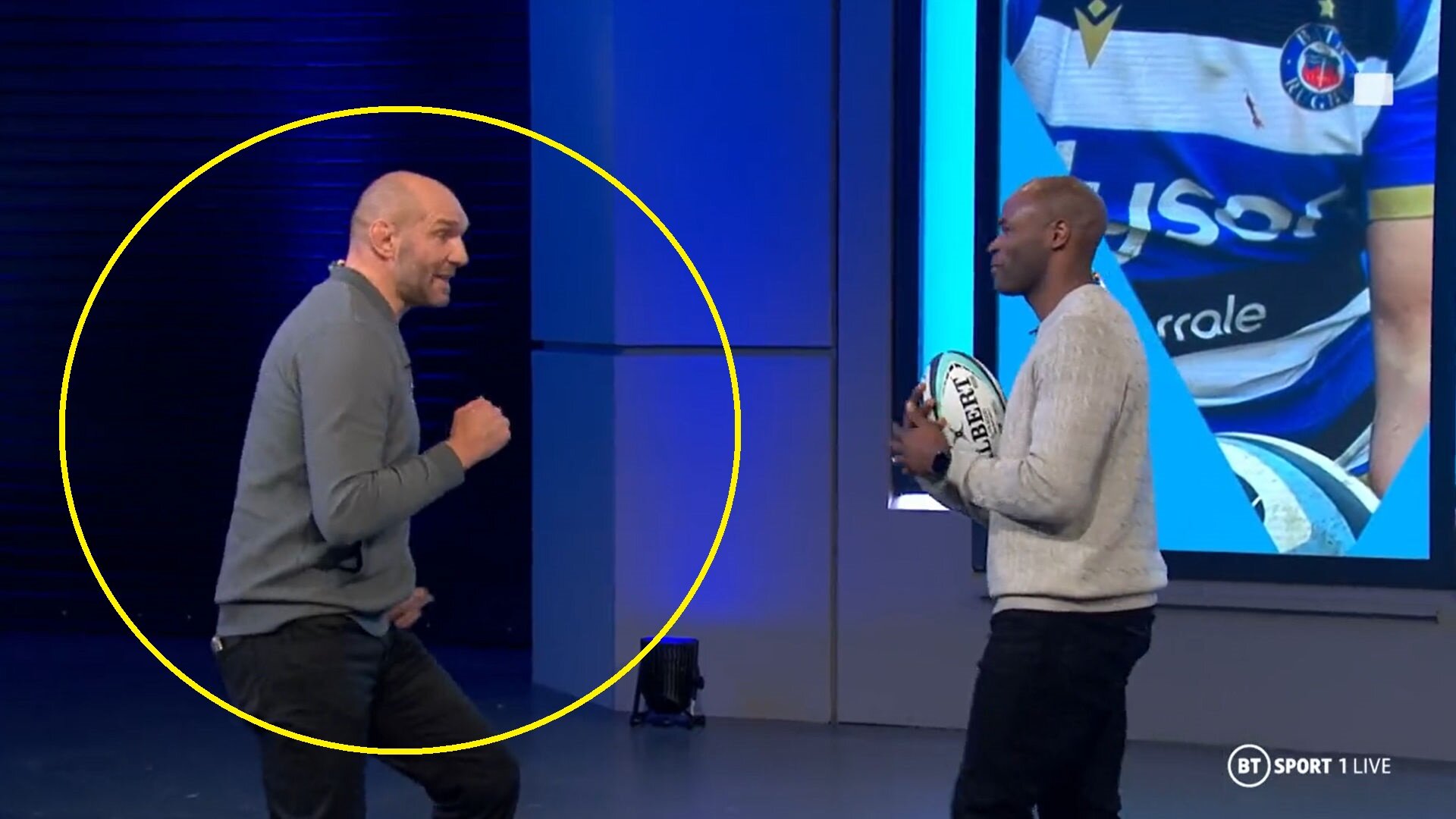 A lot of players are getting red cards for a very similar type of hit of late – the standing dominant hit. But Ben Kay might have a solution of sorts.

Hame Faiva’s hit against Ireland was probably the most high-profile of it’s kind recently, although Aled Davies hit England’s George Ford with one yesterday and somehow didn’t get a red.

Bristol Bears’ Siva Naulago who joined from Super League side, Hull FC in August 2020, has got two back to back reds for nearly exactly the same tackle. Naulago received a red card in the second half of the match between Bristol Bears and London Irish on Friday 11 February, for dangerous tackling contrary to World Rugby Law 9.13. He accepted he had committed an act of foul play but challenged it met the red card threshold. The panel upheld the charge and imposed a three-match ban. He is free to play again on 6 March.

He went and did it again against Bath, a near-exact carbon copy.

The mad thing is he just did a Coaching Intervention Programme to get his ban reduced by a week. In his case you suspect it’s a rugby league bad habit that he’s struggling to ditch.

However, Ben Kay has had a go at suggesting a technique that might help players avoid a red card when they are caught upright in a tackle like this.

BT wrote: “Plenty of confusion surrounding what constitutes an unlawful collision this weekend.

Plenty of confusion surrounding what constitutes an unlawful collision this weekend.

The problem with Kay’s suggestion is that it won’t result in a dominant hit, which many players are eager to get, despite the added danger of a red card.

It seems like there is no easy solution in sight for players on the matter and the game learning en masse not to touch other players heads in the tackle could take years.