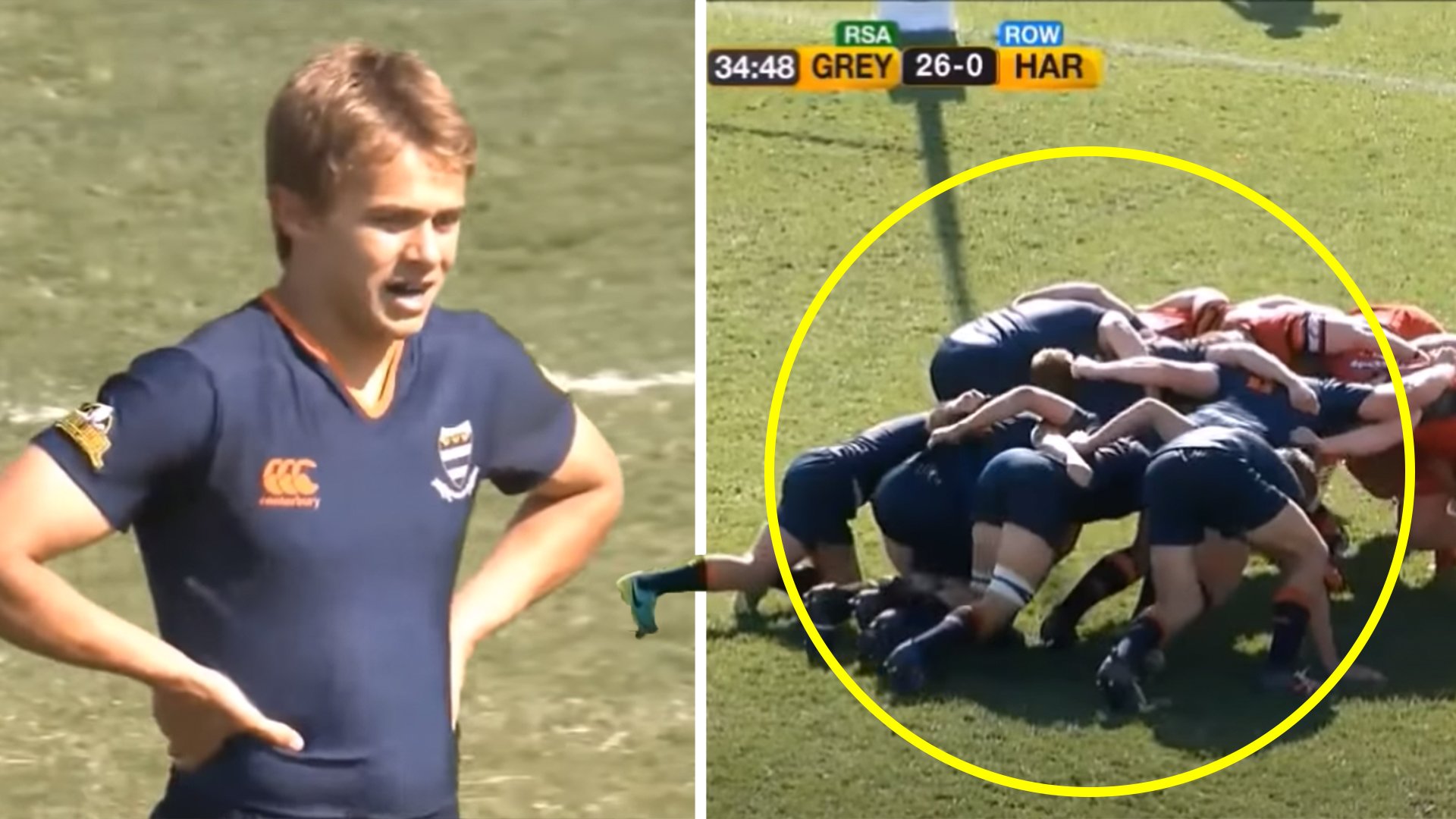 In the Summer of 2018, England sent Hartpury College to South Africa to showcase the best that England had in rugby talent. They came up against Grey College, a school considered by many to be the best rugby school in the world.

Grey College have been unbeaten in school rugby for over two seasons now, and they weren’t going to let this team from Gloucestershire in England stop that.

The match was one of the single worst routings that we have witnessed on a school rugby field.

To this day, an English rugby team has refused to play Grey College.

The comments underneath the video sum up just how dominant this rugby school in South Africa is.

One comments said, ‘If ever a video summed up the issue with youth coaching in England… size first, skills later. The opposite of what it should be’.

This is very true, the skillset and handling on the South African team was incredible, the players were lean for sure but not too big and cumbersome.

Another commenter said, ‘Grey College just looked so much fitter, faster and stronger than Hartpury. Really hard to know how good these players are with Hartpury falling off a lot of tackles and not making the South Africans work for their tries’.

This, yet again, is very true. It looked like Hartpury were planning on bringing a massive team to try and bully Grey College. This was never going to work with Grey College having one of the strongest rugby teams physically in the world.

Grey college should be banned from playing schools rugby…you can’t be good, great and the best at the same time…unfair!!
Rugby Onslaught
@kick_francis
Sharing