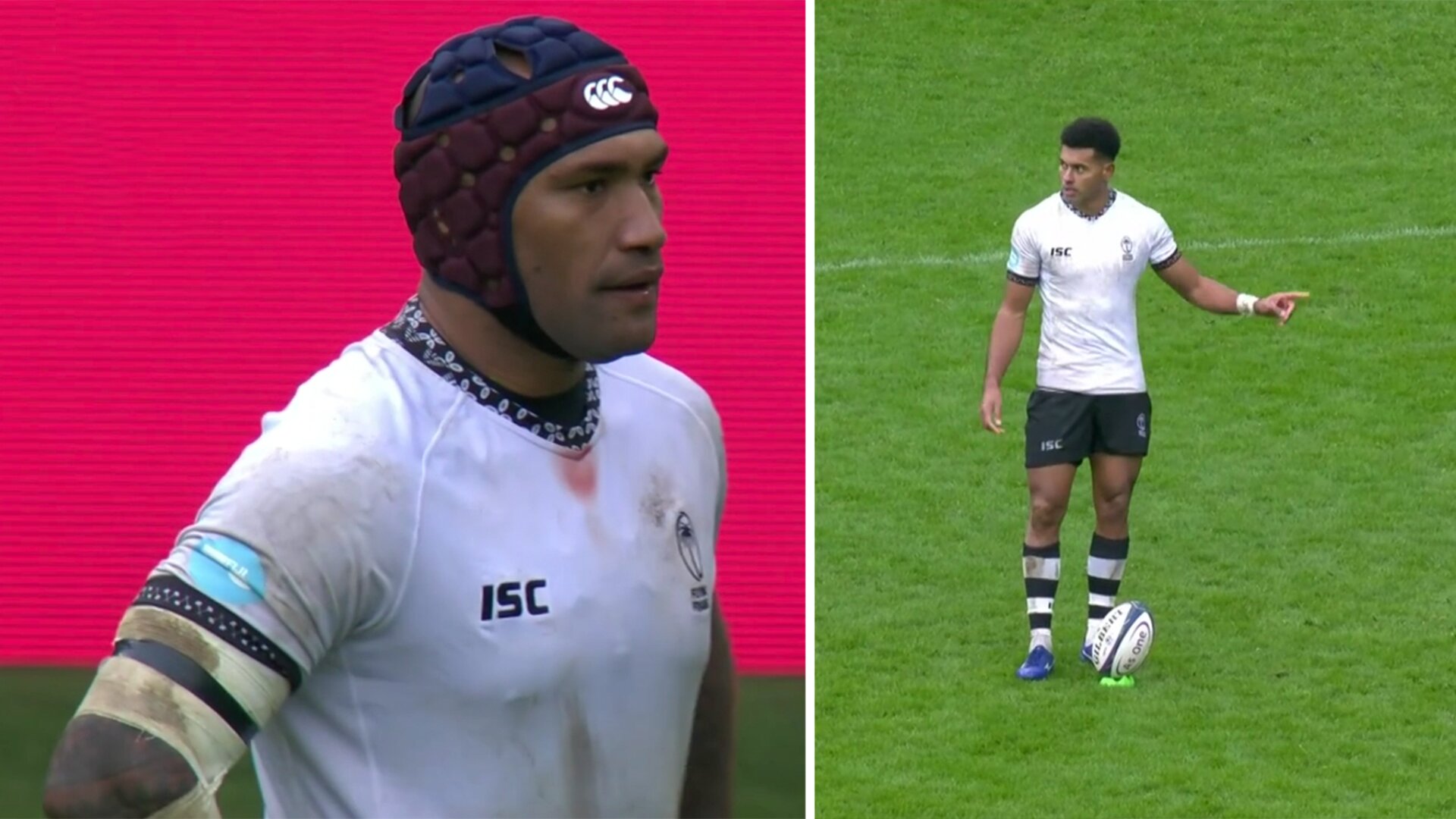 The Fijian scored a hat trick of tries as he and the pacific nation’s side dominated Georgia on the way to their win.

The men in white have not been able to play any rugby in the Autumn Nations Cup until today, as they had been forced to isolate in their hotel rooms.

Today, you could tell the Fijians were eager to impress after missing the first 3 weeks of the tournament.

The Fijian is a household name in the sport for his massive size and surprising speed. You can tell the Georgian rugby team had no answer to it when he came up against them in the matches today.

There was a bizarre moment, as Nadolo powered through for his third try where you could tell that Georgia had given up the game. It was the moment when the defenders openly backed out of tackling the 30-year-old man mountain from Leicester Tigers.

In the 63rd minute of the game, Nadolo was fed a short crash ball in the opposition 22.

The play was clearly aimed to target the fly-half for Georgia, who wasn’t the strongest player on the pitch in defence. The 10 did not disappoint as he completely bailed out of the tackle. The openside flanker also pulled out of the tackle, creating quite an embarrassing moment where the Fijian could easily barge through the gap that they both left.

This isn’t a good look for Georgia who was on the way up after a promising performance against Ireland the week before.

Here is the moment both players bail out of the tackle on Fijian Nemani Nadolo.