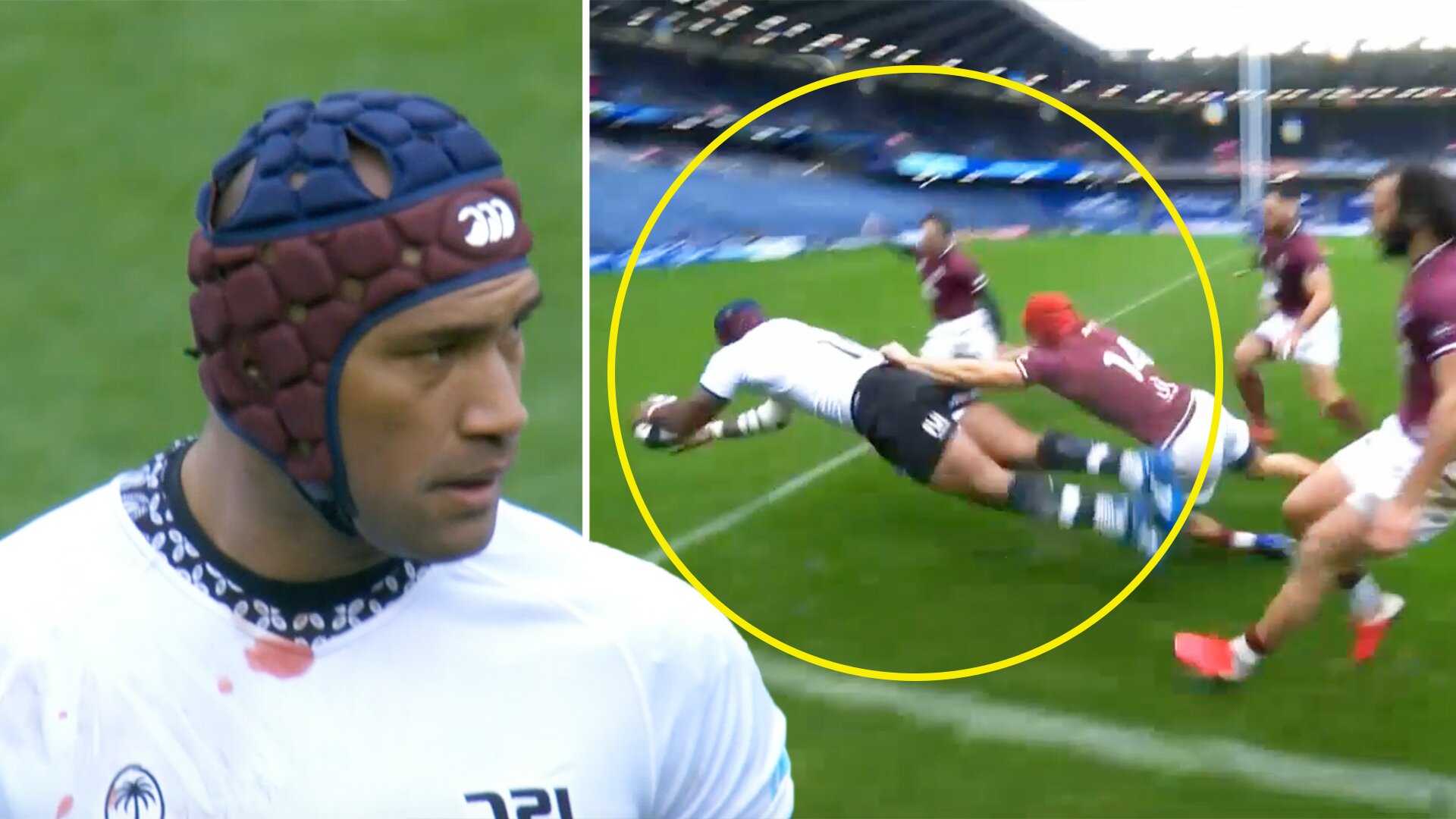 Fiji made their return to international rugby today as they met Georgia at BT Murrayfield.

After weeks in isolation following a number of positive covid 19 cases the Pacific island side were back and with a bang!

Georgia didn’t know what had hit them this afternoon with the likes of Semi Radradra and Nemani Nadolo in scintillating form.

It’s been a tough few weeks for Fiji who have been holed up in their hotel rooms after covid infections spread through the team. Nemani Nadolo documented what it was like to be in isolation in a video posted on his family Youtube channel.

It showed how players could not leave their hotel rooms and had to exercise in them, clean their own quarters and be delivered food outside of the door.

The team showed no signs of rustiness today in the Autumn Nations Cup, however, as they flew out of the blocks to score within 72 seconds against the Georgians.

Nadolo got himself on the scoresheet early on with this brilliant effort to score in the corner.

We see as three Georgian defenders aren’t enough to take down the powerhouse winger who barrells over in the corner.

Georgia had no answer to the relentless attacking pressure and free-flowing flair play that was a far cry from the tactical kicking game that we’d seen from so many sides in the tournament up to this point.

Fans on social media were raving about the Fijians who were putting on a show for weary rugby fans.

Fiji are straight up balling.

Nothing more to add.

This Georgia Fiji game is actually what this tournament needed. #GEOvFIJ

What a terrible shame Fiji were not able to play all their games, how much better the tournament would have been#NationsLeague #GEOvFIJ