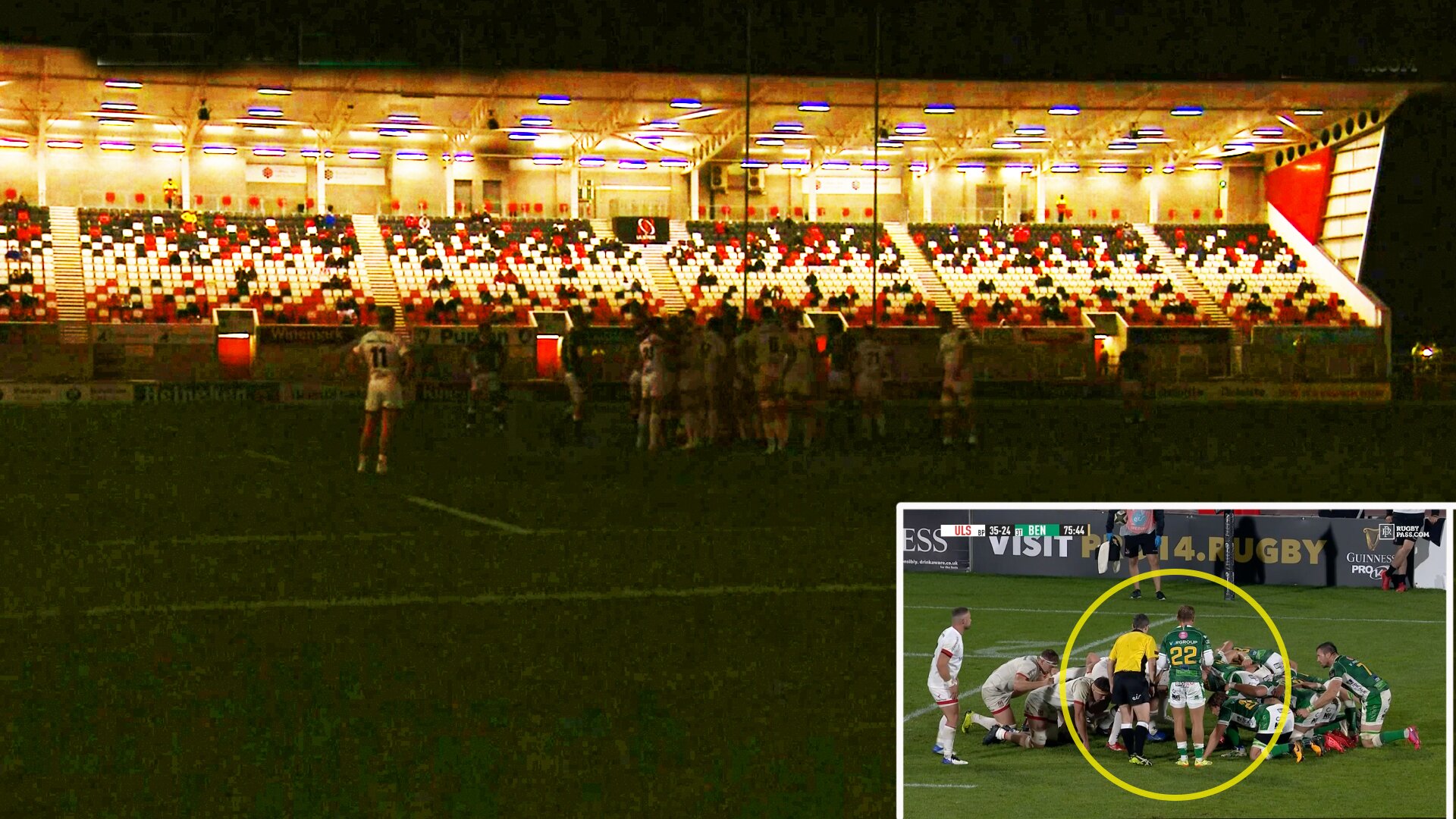 There were bizarre scenes in the Pro14 yesterday as Ulster and Bennetton’s game was plunged into darkness in the closing stages at the Kingspan.

The moment occurred a second before the sides were due to engage in the scrum in what could have been a dangerous incident had the players not reacted so quickly.

The hosts were leading 35-24 at the point of this bizarre moment at the Kingspan stadium. Watch the incident from last night’s clash

No, not that switch 🙈

After Adam McBurney sealed the deal for @UlsterRugby the ground staff had enough and said game over 😂#GuinnessPRO14 #ULSvBEN pic.twitter.com/9Nc9rxqaVZ

Despite eyebrows being raised when he decided to leave Harlequins, the reason behind highly-rated England prospect Gabriel Ibitoye choosing France is less about off-field drama and more about simple logic.

The 22-year-old winger surprised many when he signed a two-year deal with Agen this summer, despite a broad consensus that a future with Eddie Jones’ England team was beckoning.

In an in-depth interview with Gavin Mortimer in TheXV, Ibitoye has explained that came down to fact that those currently involved in England’s back three – for now at least – at better than him.

Gabriel Ibitoye continues to shine for Agen. He made a big impact against Pau

“It wasn’t a tough decision to make, to be honest,” he explains. “This current England team have a fantastic back three and I’d be lying to myself if I said I was as good as them. I think this move will accelerate my development and then hopefully in a few years’ time I’ll be at that level.

“I made the decision myself. If I’d been in contention many conversations [with Eddie Jones] would have been had but I knew I didn’t have to have those conversations because I’m not there.”

Londoner Ibitoye had demonstrated his pedigree at England U20s level and was impressing as part of the set-up at Harlequins, scoring 14 tries in 40 appearances for the club. It was his performance versus Clermont last November in the Champions Cup in France that apparently brought him to the attention of Agen.

French media have been impressed with the compact, powerful performances of former age-grade arch-finisher and have even likened him to Rupeni Caucaunibuca and even the late Jonah Lomu.

“English rugby, in my opinion, is more structured. Here, when I get the ball, I look up and think ‘okay, what are these defenders doing and how do I beat them?’ The primary job of outside backs is to beat defenders and get the team going forward…because it’s a lot less structured [in France] players can create something out of nothing and it highlights individual brilliance. That’s what I need to try and improve in my game.

“So I think French rugby is more suited to me.”