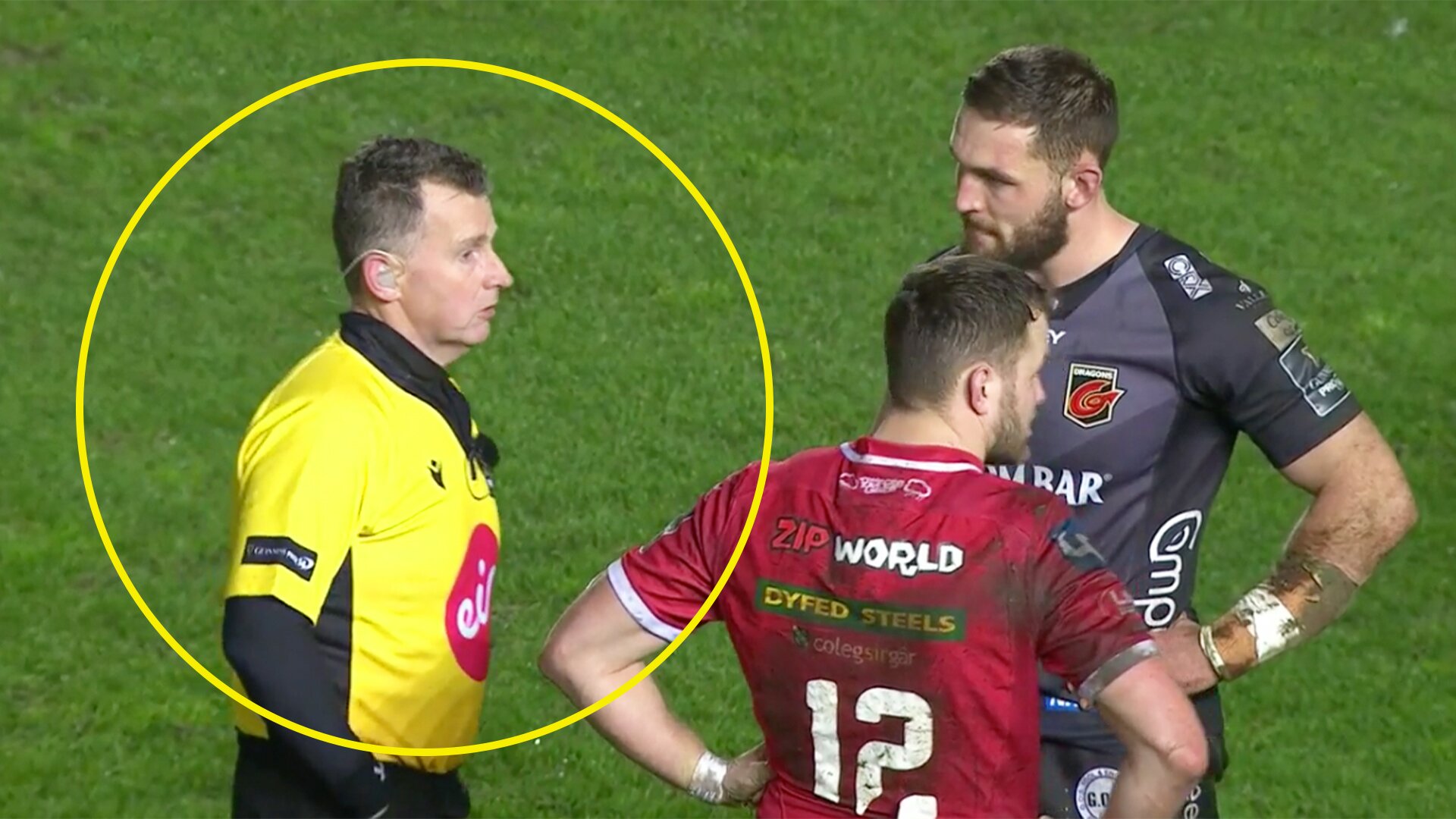 Nigel Owens was once again sending the internet into meltdown today after a high profile gaffe in the Pro 14.

The Welsh referee who recently retired from officiating in international test matches was taking charge of Llanelli Scarlets vs Newport Gwent Dragons this evening.

The moment occurred in the second half of the Wales derby in the 55th minute of the encounter.

Nigel Owens recently announced that he’d be hanging up his whistle after refereeing 100 test matches.

The world of rugby collectively came together to wish a fond farewell to the 49-year-old who has made a name for himself with a number of viral moments over the years.

This evening’s Pro 14 clash was the latest in a long list of those viral moments that has seen the Welsh referee transcend the game in recent years.

The moment came in the 55th minute of the clash in Cardiff as Owens addresses both of the team’s captains. He’s about to dish out a card for foul play when he reaches for his pocket.

To his bewilderment, the cards are nowhere to be seen.

Watch the bizarre Pro 14 moment in the video below.

Even the world’s best referee can forget his cards… @Nigelrefowens 😂

Fans on social media reacted to the hilarious gaffe this evening.

Best part of the #SCAvDRA game is Nigel Owens yellow carding Screech and realising he’d forgotten his cards! Soon followed by a nice try by Scarlets. Too much of a battle on the ground therefore fast ball at a premium means defence on top.