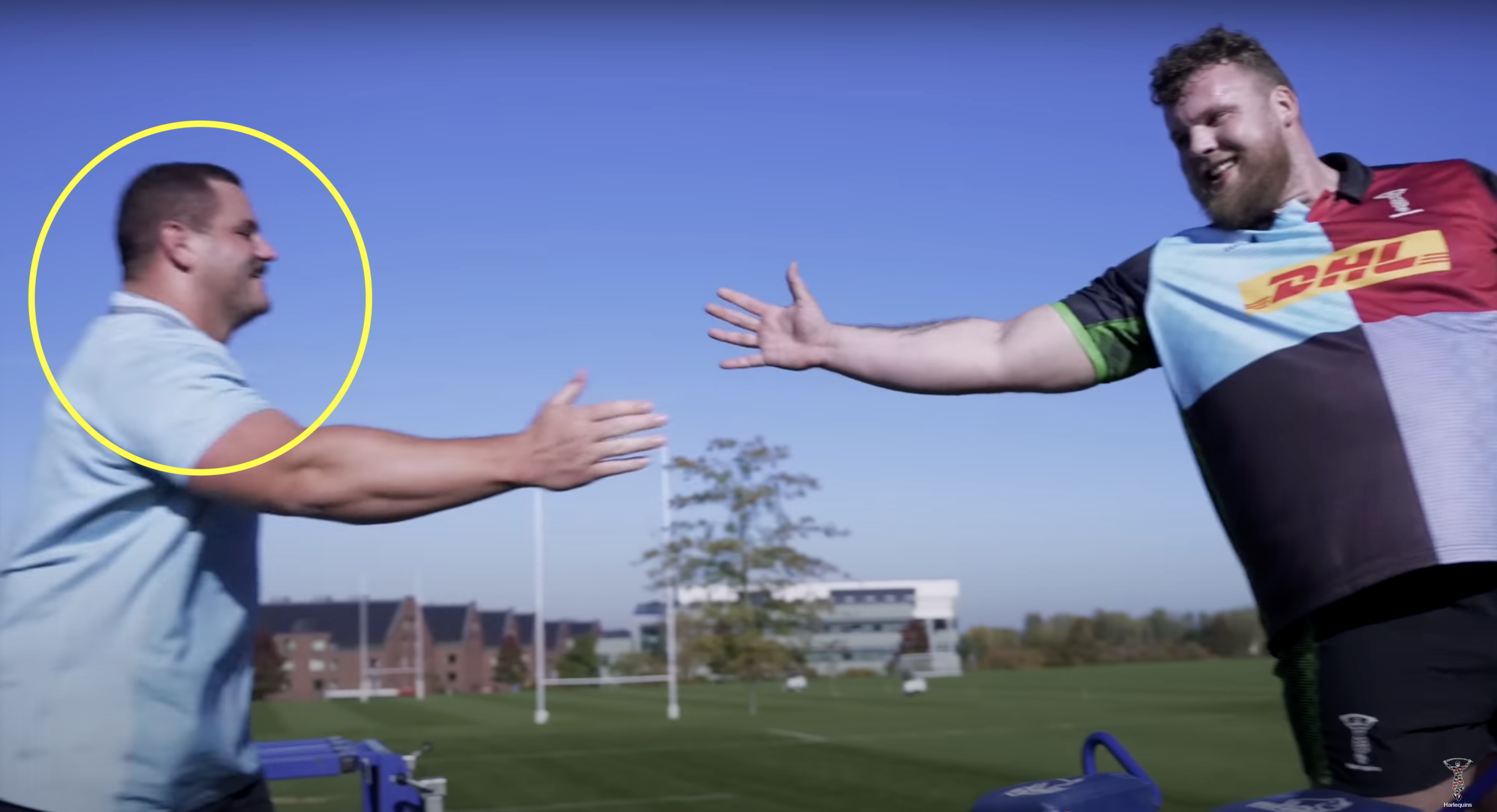 There are not many better compliments for a prop than stunning the literal strongest man in the world with your strength.

That is exactly what happened when the reigning, and two time, world’s strongest man Tom Stoltman and his brother, 2021 Europe’s strongest man, Luke visited Quins recently.

The brothers joined the players in the gym before heading out onto the training pitch with them. There they had a go on the one man scrum sled. Then, 126kg tighthead Wilco Louw put his monstrous quads to good use and had a go at the sled with the Stoltman brothers standing on it, and the results impressed the pair.

With Tom weighing 180kg and Luke weighing 160kg the Springboks tighthead had 340kg to drive back, which he did time and time again.

The brothers also took on Marcus Smith and Tommy Allan in a kicking contest, although they did not come out of that as well as they did in the gym.

Even next to Luke, who is only a modest 6 foot 3 inches (1.91 metres) and 160 kg (25 stone and 3 pounds) compared to his brother, Marler was made to look pretty small. The four of them next to each other looked like a collection of protein-inspired Russian dolls. The loosehead even shared a photo of Tom carrying Care with what was presumably absolute ease.

This is not the first time Quins players have mixed with strongmen, as World’s Strongest Man competitor Adam Bishop used to be a trainer at Quins. However, even Bishop is dwarfed by Tom.