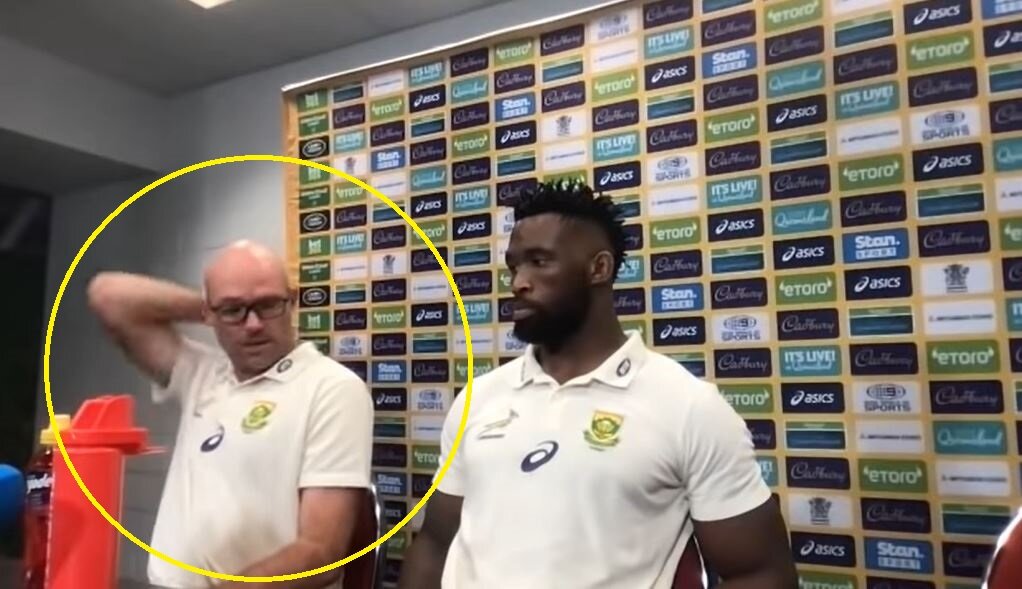 Jacques Nienaber has explained the reasoning behind his decision to start Kwagga Smith at blindside flanker this Saturday against the All Blacks instead of Franco Mostert.

Mostert has been operating in the back-row since Pieter-Steph du Toit picked up a shoulder injury during the British & Irish Lions series, despite usually being regarded as a lock. However, he has dropped to the bench this week in place of Smith, who comes in to make a fairly lightweight flanker partnership with Siya Kolisi by the Springboks’ usual standards.

There have been questions as to whether Smith can operate as a blindside alongside Kolisi as it may diminish the brute force the Springboks are famed for, although this may be a clear sign that Nienaber wants a mobile pack to compete around the park with the All Blacks. Additionally, with the likes of Duane Vermeulen, Eben Etzebeth and Lood de Jager, this is hardly a small pack still.

“On Kwagga’s selection, [Franco Mostert] has been a stalwart for us this season,” Nienaber said when questioned about Smith’s selection.

“He’s trained every single training session, played every minute, and Kwagga brought a nice energy when he came on last weekend against Australia. Kwagga’s a versatile guy, he’s a guy that we trust. He’s been part of us now for a while, since 2019, so I’m excited to see what Kwagga’s going to bring, then obviously we can bring [Mostert] in at lock or blindside, where ever we feel we need some injection.”