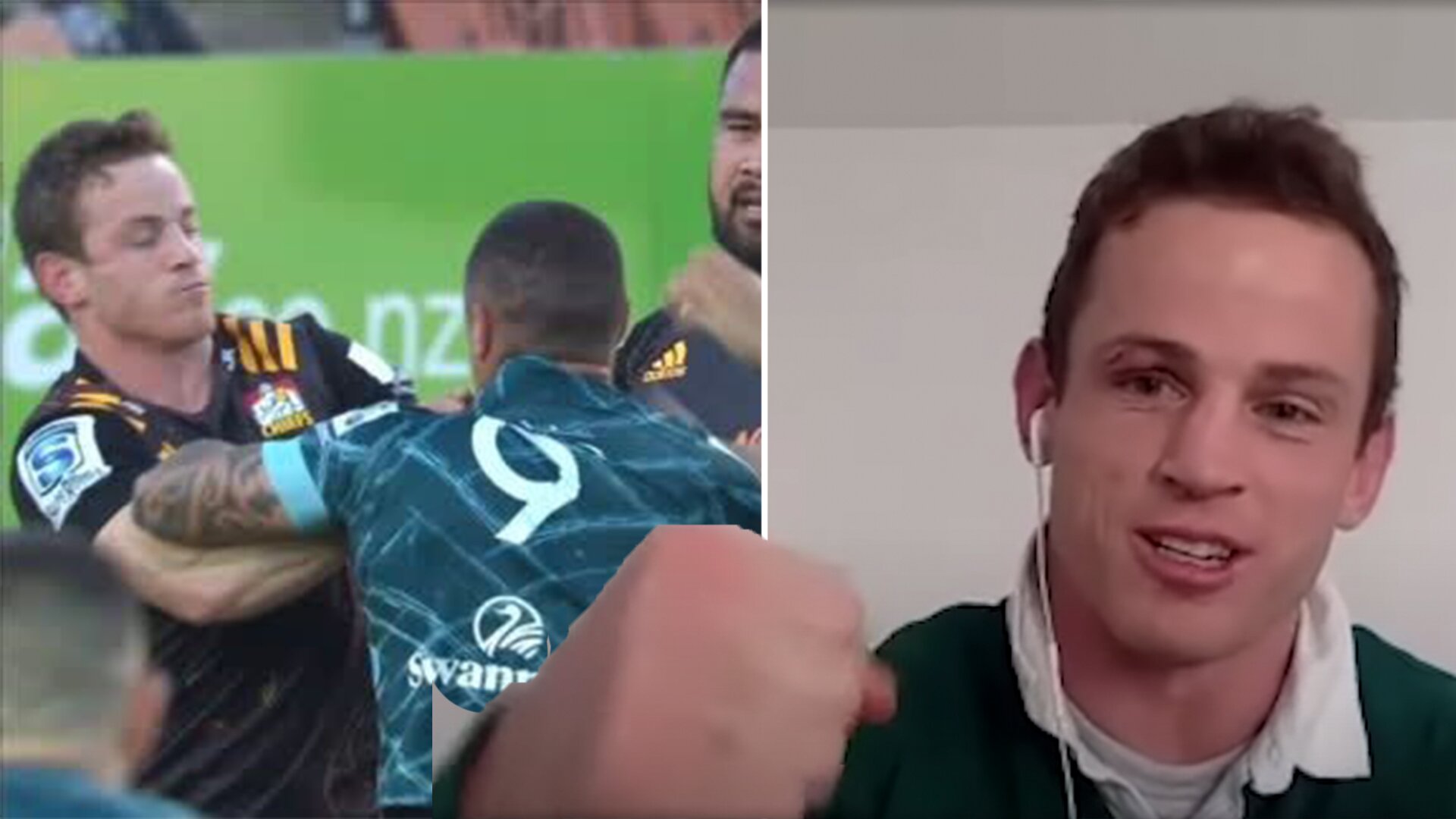 A new video has emerged detailing the bust-up between Aaron Smith and Brad Weber last weekend.

The Chiefs scrum-half, Weber, recently gave an interview with RugbyPass in which he gave his side of the story on this tasty clash.

He sure knows how to tell a story!

Weber starts off by explaining that he caught Smith with a swinging arm by accident as he was moving in to make a try saving tackle.

Smith was on another level for the Highlanders last weekend…

‘I knew I’d caught him pretty flush in the face – and I could hear him mouthing off on the ground.’

‘I sort of stood up and I said I know it was me.’ As he waited for his halfback counterpart to retaliate.

We see as Aaron Smith emerges from the pile of bodies on the floor to confront Weber.

The Chiefs scrum half was quite literally ready for Smith to come swinging he says,

‘He then started doing the freestyle swimming – but he didn’t really connect with anything. I was ready to have a crack at him.’

The Chiefs playmaker hoped that the altercation would help to give his side an edge in the tight encounter.

‘At the time I was glad, I thought sweet – I’m in his head, you know he might overthink this too much but – I probably ended up firing him up even more and he come home strong later in that game. So probably wasn’t a great thing from me but we had a good laugh about it after the game.

This is an utterly hilarious interview, we didn’t know Weber was this funny!

Weber’s Chiefs side have suffered seven straight defeats in Super Rugby Aotearoa as they go into this weekends fixture against number one side the Crusaders.

Coach Warren Gatland has been under pressure in recent weeks following his sides losses but critics have defended the former Wales boss with his side losing out narrowly in a number of those fixtures.