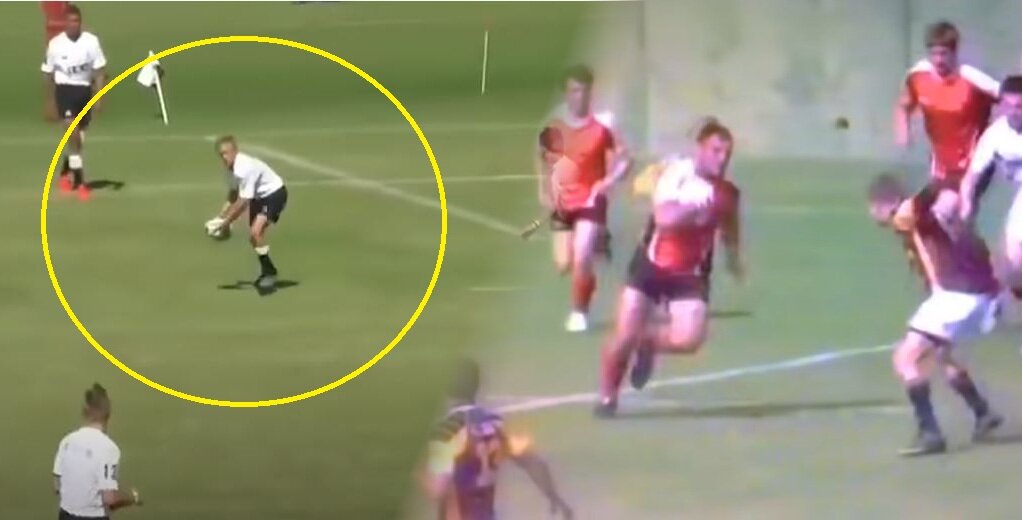 Calls for this brutal viral rugby video to be banned

Is this brutal rugby video too brutal?

Rugby’s elite powers have desperately wanted to ban it since it was released this week, but 10s of thousands of people have already watched it on Youtube.

Rugby’s ruling classes were left scrambling to have it taken down, as it was sure to put parents off letting little Billy and little Katie play this fine sport.

How violent is it and is it too brutal? The Manscaped ad in the middle certainly is, but this is 2021 after all and you can’t criticize a Youtuber for having Manscaped ads. They’re everywhere.

Anyway, watch it and let us know if you think it’s too much. We can’t decide.

IN OTHER NEWS: The women’s senior cup competitions kick off this weekend – another milestone on the WRU’s Pathway to Participation.

Senior teams around Wales are set to play their first Pool match in either the South Wales or North Wales Cup, or the South Wales Plate – almost 18 months since their last competitive match.

“It’s so good to see the excitement of teams and their rugby families at the return of competitive matches. I’m really looking to watching a Round 1 South Wales Cup game on Sunday and I know the other WRU community team members will be watching the action at games around Wales too.

“It’s been a difficult time for everyone but the commitment shown by players, coaches and volunteers of these teams to help each other through the lockdown periods will hopefully pay dividends as we start to come out the other side and they can enjoy doing what they love again.”

In one of the most anticipated clashes of Round 1, Llandaff North take on Pontyclun at Hailey Park (Sunday, 3.30pm).

Llandaff North coach Tom Rogers says games like this are huge for his players.
“Pontyclun are certainly the best team around at present so it’s going to be a tough challenge but that is what our players want. The appetite is there for competitive matches now, we’ve trained well with good numbers so we are looking forward to testing ourselves on the park now.”