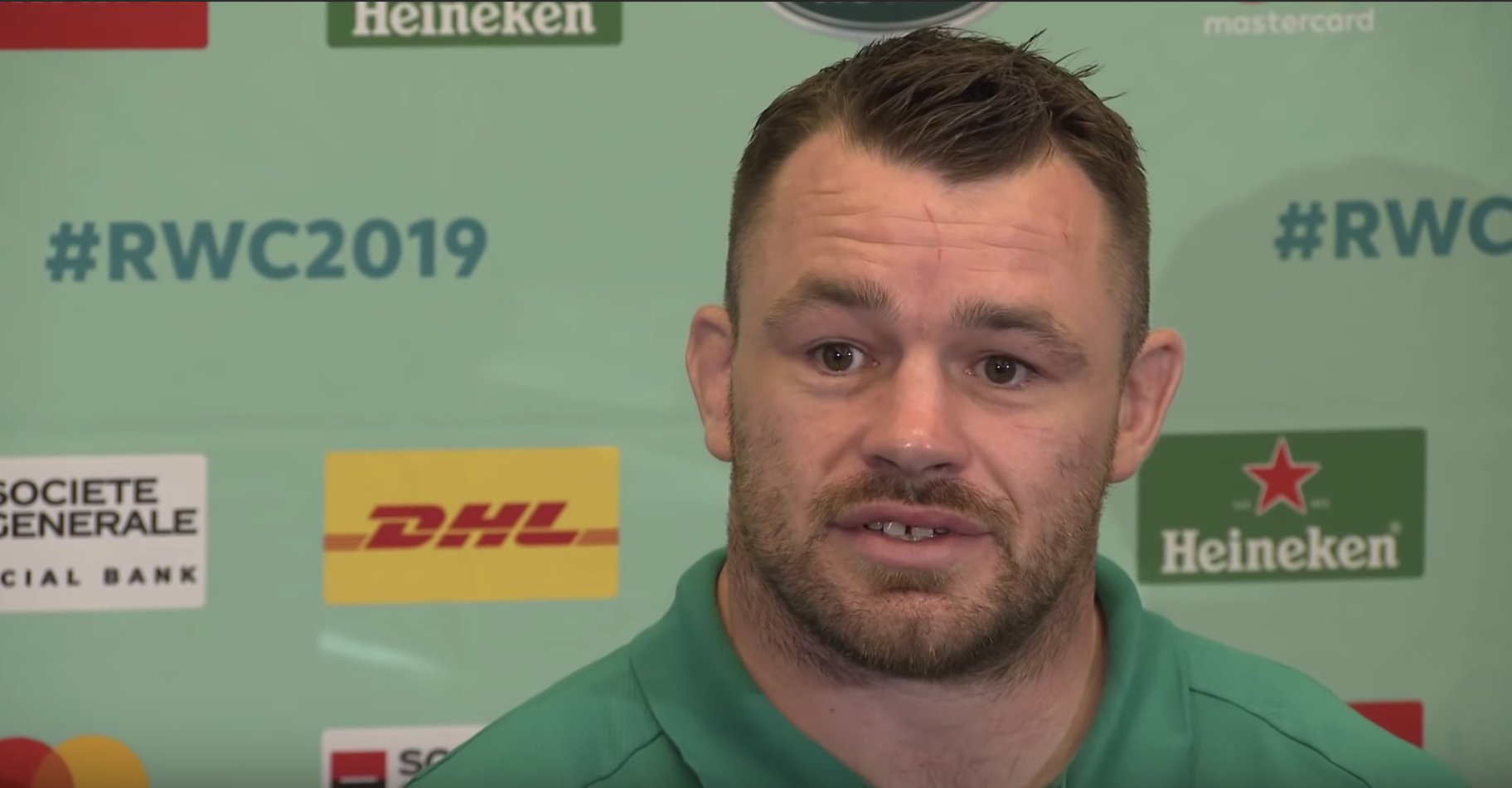 Ireland prop and all-around hard-man Cian Healy was in blunt but fine form in a recent press conference that he did ahead of Ireland’s clash with New Zealand in the Rugby World Cup Quarterfinal.

Healy was brilliantly blunt with the media in his own special way when he was questioned about what the game coming up this weekend.

“I don’t look back on any of them, they’re gone for me now and none of them have been at a World Cup, so they don’t matter an awful lot.”

This was only a taste of the blunt nature of this interview from Healy, who answered almost every question that came his way in a straight to the point manner.

Healy has been up to a great deal this World Cup, he previously tried his hand at smithing in Japan.

Incredible experience today in the forge of shigeki tanaka, an extremely skilled and successful bladesmith from Miki City, Japan. He trusted and helped us to use his tools and helped me forge out my own knife which I can finish in my workshop at home! I've never used a power hammer before and absolutely loved the experience! Not too bad a result either! Tanaka San is a 4th generation Smith, all before him made sickles until he broke the mould and moved into knife making, now selling his works worldwide. Now that's how I like to spend a day away from rugby!! #knifemaking #forge #hammerin #handmade #japan #culture

Healy is under no illusions that Saturday will be the biggest game of his career.

Speaking to the press conference he said…

“Yeah, definitely. Do-or-die game. I think everyone understands that and knows the position we are in and the opportunity of what we have to do. It is not a case of looking to get people to buy in. Everyone wants in. Everyone is trying to get in. That’s going to cause big challenges for the coaches, to pick that team, because everyone has put their hand up. Everyone wants to be involved.”

Ireland have beaten New Zealand twice in the past two years, but that will do little to calm the nerves of Irish fans who are still reeling from their loss to Japan in the group stages.

With Bundee Aki also banned for 3 weeks, Ireland fans will be hoping that Ireland can find that team spirit which got them the wins over the All Blacks.

Watch Healy in this interview here.

He is in great form, but he very blunt with his answers!