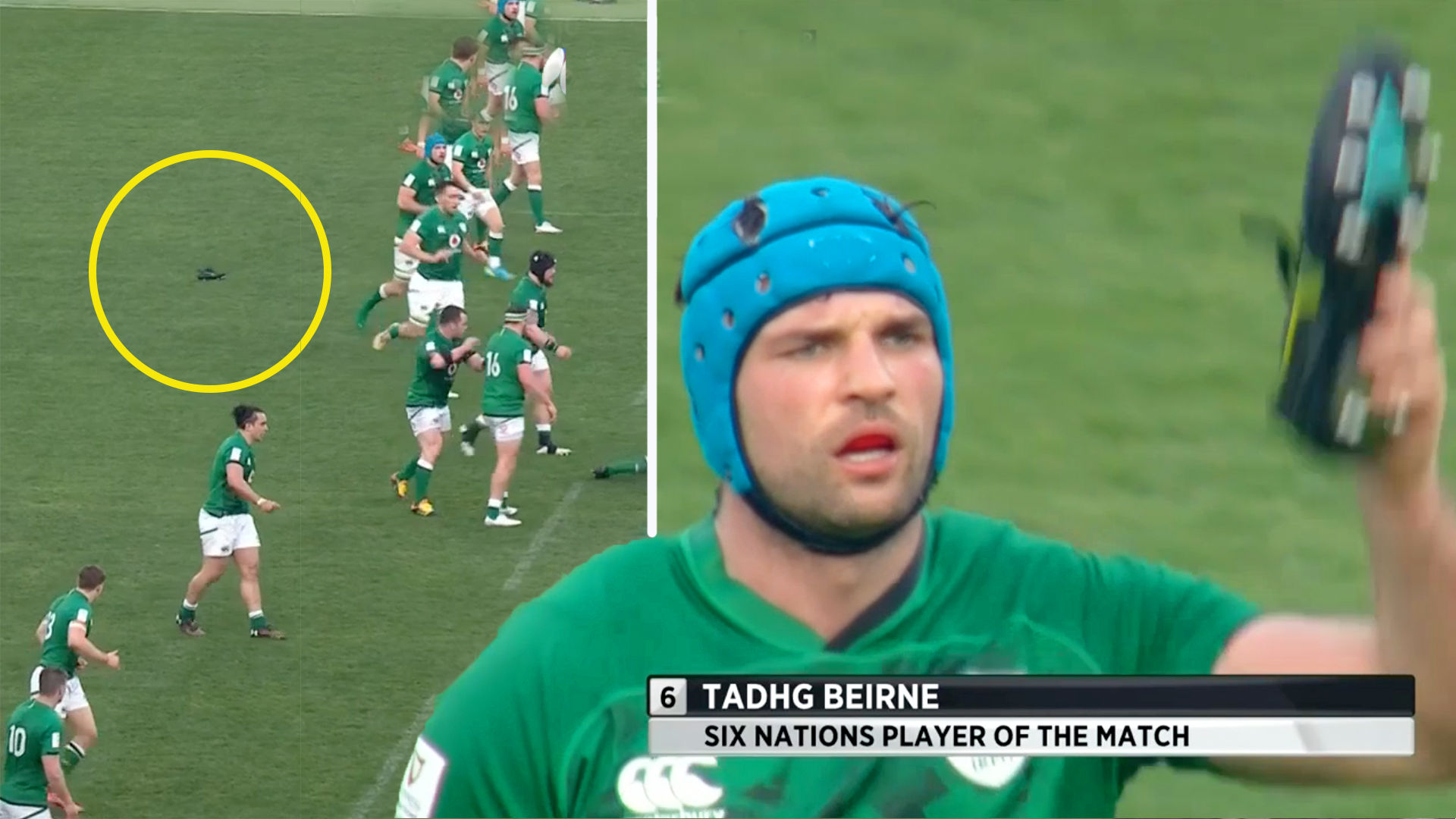 It’s something that has happened since the dawn of rugby union – but this could have been the last straw for the ‘boot throw’ in the sport after this moment in the Six Nations today.

The Irish overcame the Italians in Rome today after an assured performance off the back of two Six Nations defeats.

There was one moment towards the end of the match that drew the attention of some users on social media.

In the 75th minute of play we saw as eventual man of the match Tadhg Beirne had his boot removed by an Italian player.

It was then thrown back so that the player was forced to run about the field with one unsheathed foot for a minute of play.

With the obvious risk to the player’s foot – should this have been a red card offence?

A Lions starter for me – Tadhg Beirne 👏 pic.twitter.com/y9Ge5xCl1J

This isn’t the first instance of this act that we’ve seen in a rugby match – but hopefully it will be the last.

With so much emphasis being but on player welfare in today’s game – surely it is a no-brainer that deliberately removing what is effectively a piece of safety equipment off a player’s body should be a sending-off offence. 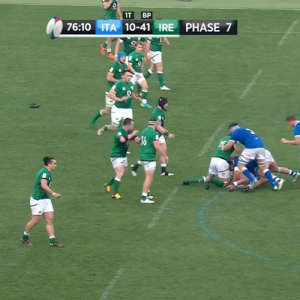 As of yet no action has been made on the player in question but the citing commissioner could get involved in the coming days.

It’s not just boot throwing that fans have questioned. One common occurrence in rugby fixtures is when player’s throw scrum caps away on the field of play.

Here is one moment in last year’s Six Nations where a French player threw away Maro Itoje’s head gear.

should this have been a red card?

What do you think? Let us know in the comments