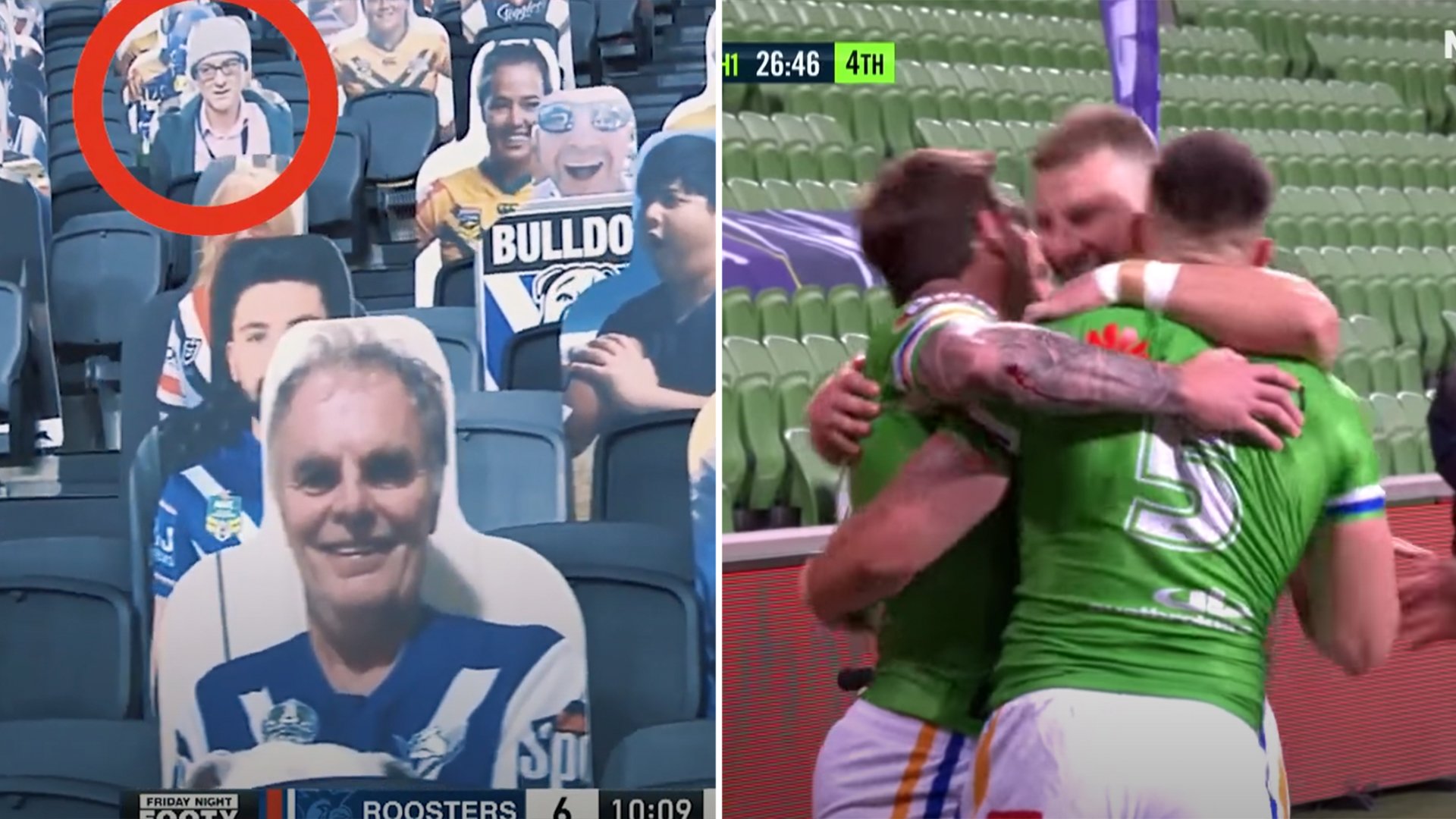 Dominic Cummings, the advisor to Boris Johnson and the government in the UK has found himself in a Rugby League match after a joker put his cardboard cutout in the middle of a fake crowd.

We found this article initially reported in the Guardian website.

As Australia’s NRL season restarted this week, the Fan in the Stand initiative allowed the public to pay $22 for a cardboard cutout of themselves to be placed in a seat to “watch” their team in action.

It seems one fan with a sense of humour had other ideas. The Guardian reported that a cardboard cutout of Cummings appeared at Bankwest Stadium for the Sydney Roosters’ match against South Sydney Rabbitohs and did not go unnoticed by TV viewers.

“He’s travelled to Sydney now. Cummings doesn’t give a shit!” posted Sam Rowlett, along with a photo of the match coverage – a post which quickly gained several thousand likes on Twitter.

The Guardian also found a moment where

This is not the first time an image of Cummings has appeared at a closed-doors sports fixture recently. Last week a Twitter user called David posted a photo of the adviser enjoying a match in Germany as the Bundesliga restarted. Although in this case Cummings was photoshopped in:

Fantastic seeing faces from all over the world at @borussia_en pic.twitter.com/7J9GVfbZyN

With numerous sports planning a return to action either behind closed doors or with small, physically distanced crowds, this is surely not the last time the increasingly unpopular Cummings will make an appearance as the world’s exit from lockdown continues.

English rugby’s top professional players are formulating a battle plan to head off attempts by the cash strapped Gallagher Premiership clubs to retain the 25 per cent pay cuts that have been imposed during the COVID-19 shutdown.

With leading clubs making it clear they believe a 25 per cent wage cut should remain when the season gets underway again following the Government’s green light for sport to return from tomorrow, RugbyPass has confirmed the Rugby Players Association (RPA) board has turned down the idea of a continued wage cut. It is understood the RPA and its members will formulate their position this week once the Premiership clubs have confirmed their stance over the wage cut.