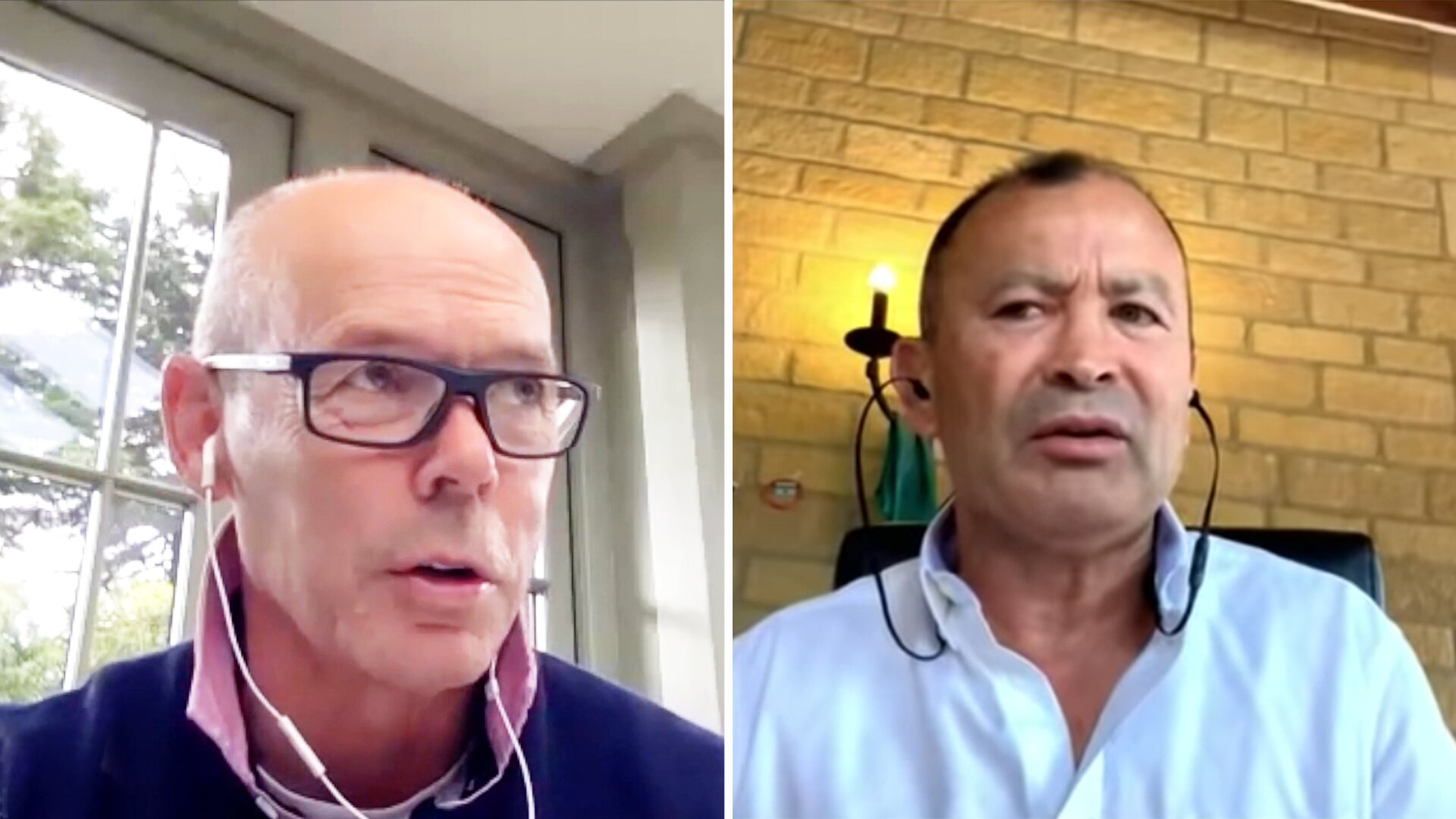 The ongoing argument between Clive Woodward and Eddie Jones escalated today after this clash between the two England coaches.

Earlier this week former England coach Clive Woodward called out Jones on poor preparation in the lead up to the Rugby World Cup final last year.

Jones has now responded to add further fuel to the ongoing debate between the pair.

Woodward spoke in a webinar earlier this week with St Mary’s University in which he called out Eddie Jones and his England side on poor preparation for the World Cup final in 2019.

He said there were distractions all over the England camp in the lead up the crunch final in Yokohama against South Africa.

He particularly focused on a press conference involving Joe Marler and Dan Cole 48 hours before the final in which he described their antics as ‘like Laurel and Hardy’.

He also went on to criticise things like turning up late to the stadium on the matchday and allowing celebrities into the training camp.

“It was like Laurel and Hardy. I know they [Cole and Marler] are on the bench but this is 48 hours from the World Cup final… it wasn’t larking around – it was embarrassing”

– Clive Woodward pulled no punches in a recent webinar 🥊
https://t.co/8KtfQQKX37

England prop Joe Marler responded to the remarks himself after the story broke earlier this week and tweeted this response aimed at the former England coach.

Marler wasn’t happy at all

Change the record Sir Clive – you should be grateful you can “milk the cow” for another 3 years 💤 @CliveWoodward https://t.co/m4st23wBgR

Eddie Jones was asked about what he thought about Woodward’s remarks in an interview recently with Sky Sports.