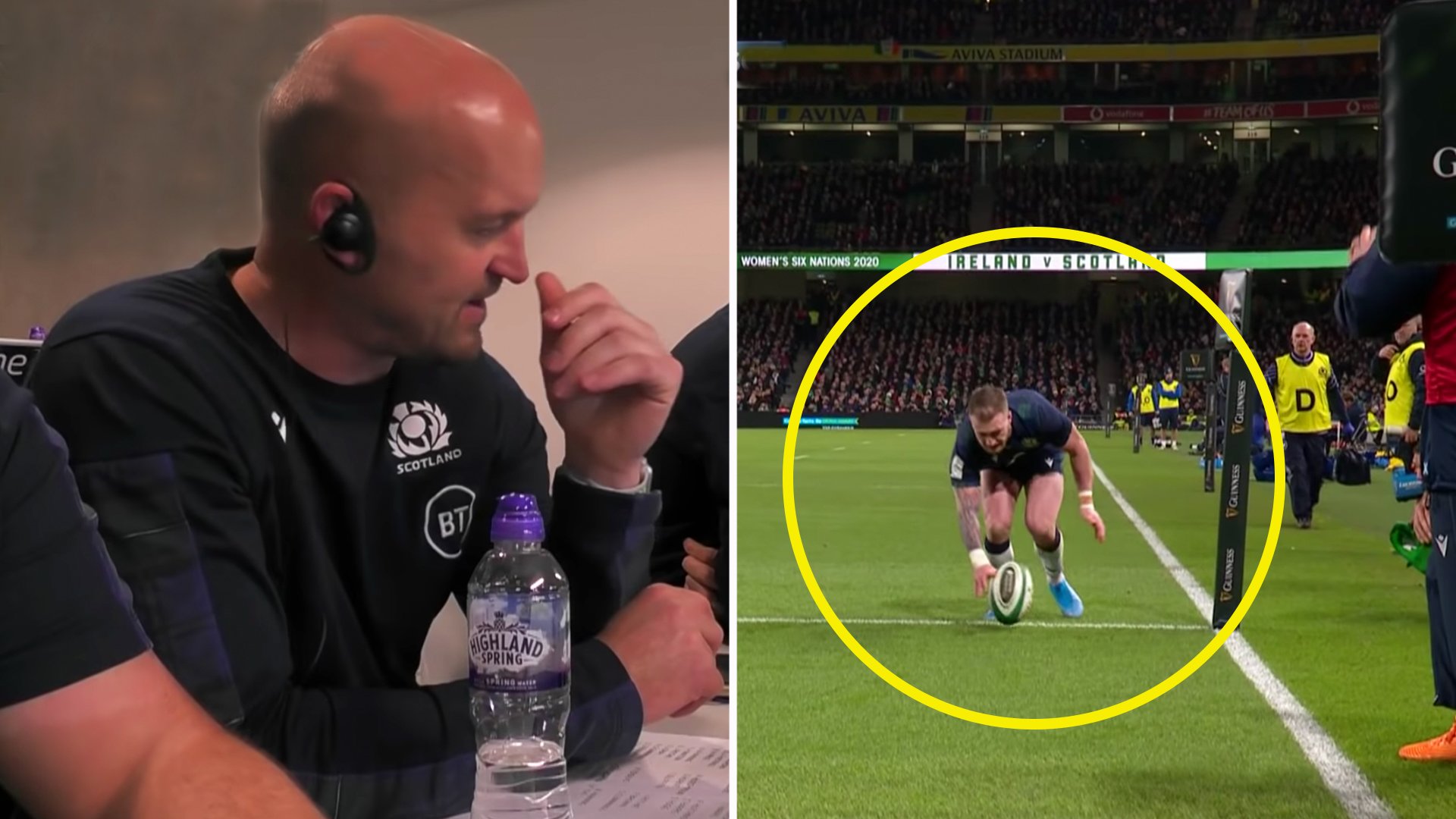 This unheard new audio leak isn’t going to go down well in the Scotland camp.

This microphone pick up from the Scottish coaching box has captured comments made by coaching staff after Stuart Hogg’s infamous ball drop over the line against Ireland earlier this year.

We knew they were unhappy – but not to this extent!

This will be the latest setback for the SRU who have already had player drama this year after Finn Russell’s falling out with the Scotland set-up.

This video is spreading fast over social media so it’s only a matter of time before members of the Scottish team see it. It’ll be interesting to see if there are any further developments on this story.

Whoever leaked this audio from the Aviva will have some answering to do!

Normally when broadcasters film team managers and staff within these coaching boxes, we are given a visual of the coach without the audio attached.

It’s clear from this footage to see why no microphones are broadcast out to the viewing public – as comments like these must be common, even in extreme cases like this.

The moment comes right after Stuart Hogg drops the ball over the line in Scotland’s 19-12 defeat by Ireland in this years Six Nations.

The Irish had held only a seven-point lead at the Aviva when the Scotland captain dotted down in the corner.

This 50th-minute howler certainly would have swung the match in the visitors’ favour and it was hugely frustrating for Scottish players and fans alike to watch – given how well their side has played up to that point.

Was this reaction justified from the Scottish coaching team or was it a step too far?

Watch the new unseen footage below, please be warned. There’s some strong language.