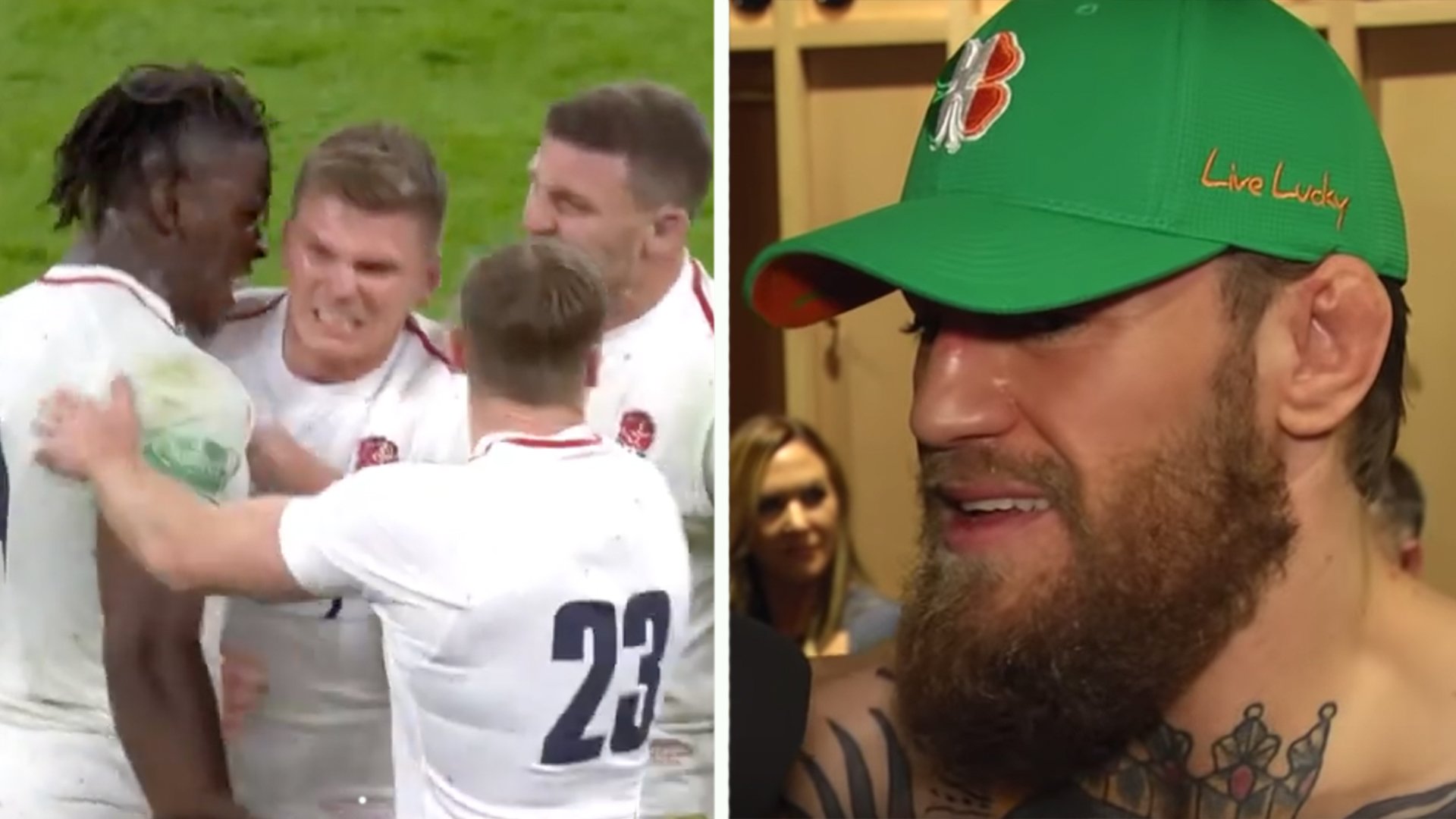 The 31-year-old Irish fighter making the shocking name drop in an interview this week following his victory over Donald “Cowboy” Cerrone at UFC 246 in Las Vegas.

For non-fighter fans, Conor McGregor is the biggest name in mixed martial arts, and he sensationally won his first fight in two years after being out of the ring for a lengthy period.

In an interview this week, McGregor thanked the English rugby captain for the help that he has given the him in preparation for the fight.

Mcgregor had an emotional interview after his victorious return… “I met Owen (Farrell) a couple of years ago after my fight with Khabib, he’s a man who doesn’t mess around in his sport and I took a lot of inspiration from that.”.

After doing some research online, Rugby Onslaught discovered that the friendship between Farrell and McGregor is in fact insanely close, with the pair of them meeting and even training together. We were surprised to see how close the pair were in the sport, and we were even more shocked to see that Owen Farrell had made the effort to fly over to America to watch McGregor in his return to the Octagon.

In pictures which were captured this week, Farrell can actually be seen accompanying the Irish team as they celebrate their TKO win over Cerrone. Saracens fans will not be pleased to see that their key leader and talisman was out into the early hours in an entirely different continent celebrating his friend’s victory.

Owen Farrell played well for Racing 92 on the weekend as they narrowly beat the French team to keep their Champions Cup hopes alive.

McGregor dedicated his victory to Owen Farrell thanks to the shoulder striking technique that Farrell taught him that won Mcgregor the bout late on Sunday morning.

“I’ve taken a lot of inspiration from the tackle technique that Faz regularly uses in rugby, his shoulder is so dominant in the tackles that he uses and I asked him if he could teach me how to perfect the art.”

Conor McGregor used a shoulder strike to initially daze “Cowboy” Cerrone, a strike that he thanks Farrell for teaching him… “Farrell is a true competitor in rugby, he told me that his shoulder is his life, and that it has changed his life in rugby. I thought, why don’t I give it a try, and look at how easily I put Cerrone away…”