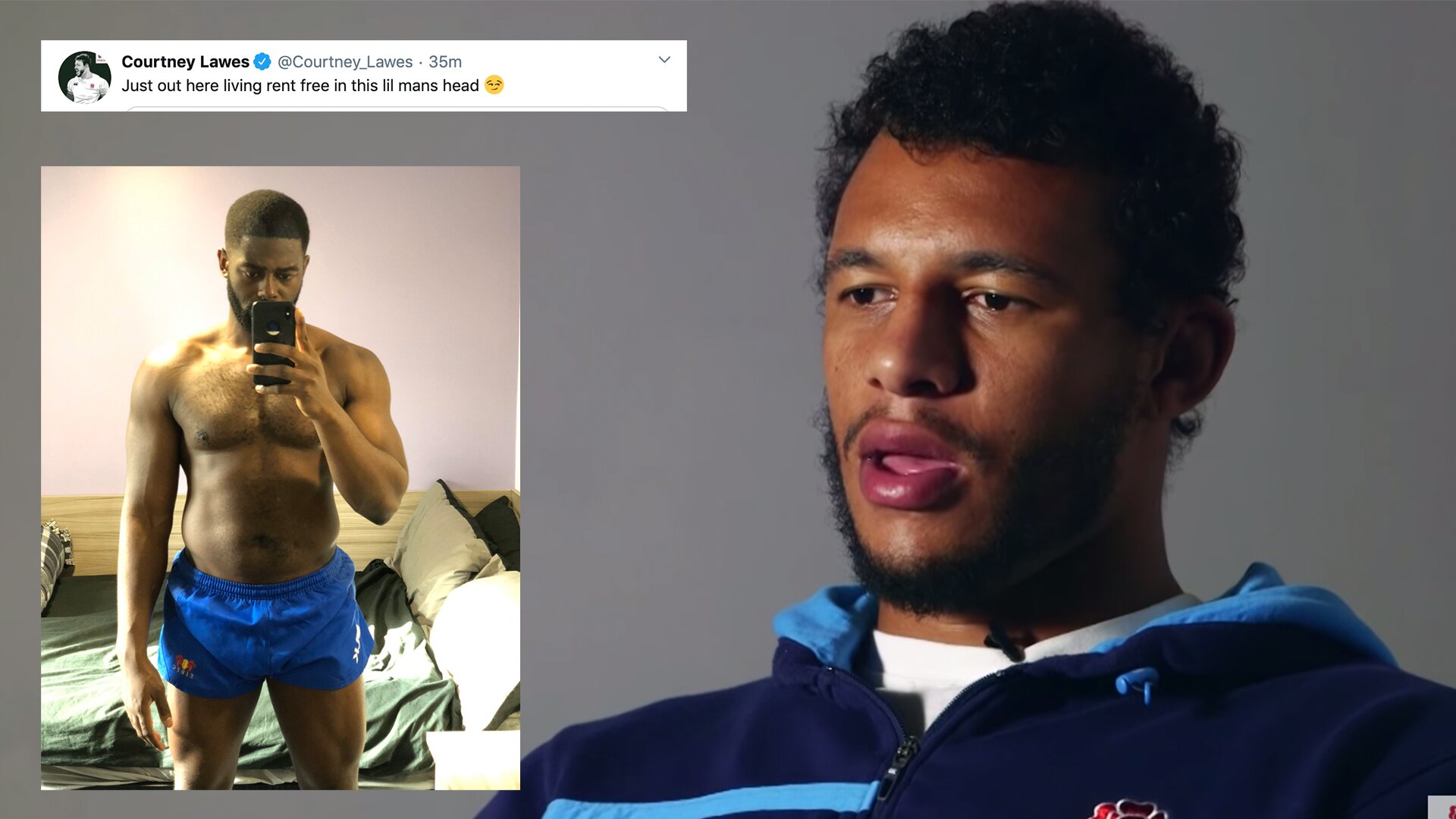 Courtney Lawes appears to be handling a lot of the hate that receives from people online very well recently after he has received a barrage of people going after him for his recent interview with the Telegraph.

England and Northampton forward has very outspoken views on many things in society. Many of these include his views on marriage and his being unapologetically ‘anti-woke’.

His beliefs have led to many on Twitter, in particular, going after the 31-year-old.

I see Courtney Lawes is being silenced again following his 4327th interview since lockdown.

Many of the England star’s tweets have riled up many people on Twitter in the past. This tweet back in 2019 sent many into a state of meltdown.

England is not a racist country.

Just thought I’d clear that up 👍🏽

This week Lawes did an interview with the Telegraph speaking openly about some of the name-calling that he has received since he has become more active in the public sphere.

After the piece was released this week, it looked like some wanted to go after the Saints man again.

An amateur rugby player called Fade Wilson appeared to not like the article, saying how he could not complain about being called names after his response to Marcus Rashford’s work that he did in early July.

You can’t cry about being called names when the first thing you do after Rashford feeds kids that the government won’t, is this: https://t.co/sNXaFZmTe2 pic.twitter.com/a3lAfe61dO

Lawes decided to handle this much like he has handled a lot of the hate that he has received this year, in his stride.

The response he gave will undoubtedly infuriate the Twitter users who don’t agree with him even more.