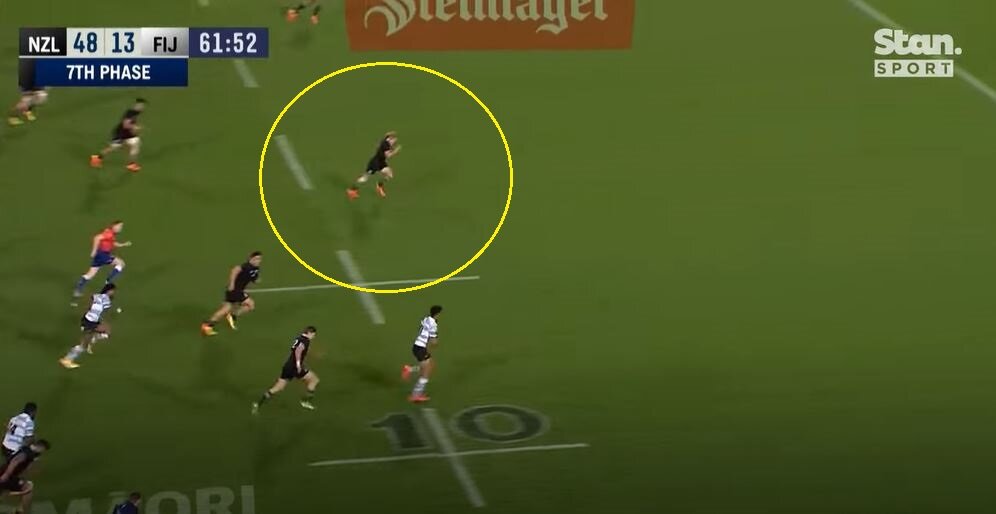 All Blacks magician Damian McKenzie makes a crazy try-saving tackle and even manages to win a turnover against Fiji.

Actually, as one of our followers has pointed out, there’s no clear separation after the tackle prior to McKenzie contesting the ball. So actually, penalty to Fiji, maybe a penalty try and what the hell, a yellow for DMac as well?

This was the All Blacks 600th Test in the team’s rich history. The first All Blacks Test match was against Australia way back in 1903.

Aaron Smith and Beauden Barrett played in their 28th win together last weekend, equalling the All Blacks inside backs wins partnership with Justin Marshall and Andrew Mehrtens. Marshall and Mehrtens took 41 Tests to reach the target while Smith and Barrett’s 28 wins have come in 34 Tests.

But McKenzie has topped all that. Watch this:

“It was the second Test of the year for us last weekend and we were pretty happy with our performance. There were a lot of views about our performance and that’s the beauty of being in this team: people expect perfection.

“We took some really good steps up from the week before (against Tonga) and we were satisfied with our performance, but it did highlight some areas we need to keep growing. This Steinlager Series campaign has been about growing our game and making sure we have players that are ready to go for what will be a long season.”

On Savea’s and Lienert-Brown’s milestone, Foster said: “To play 50 games for the All Blacks is pretty special and it’s also special that they get to do it together. Both are really influential players, they’re excited and will have some proud families coming along to watch.”