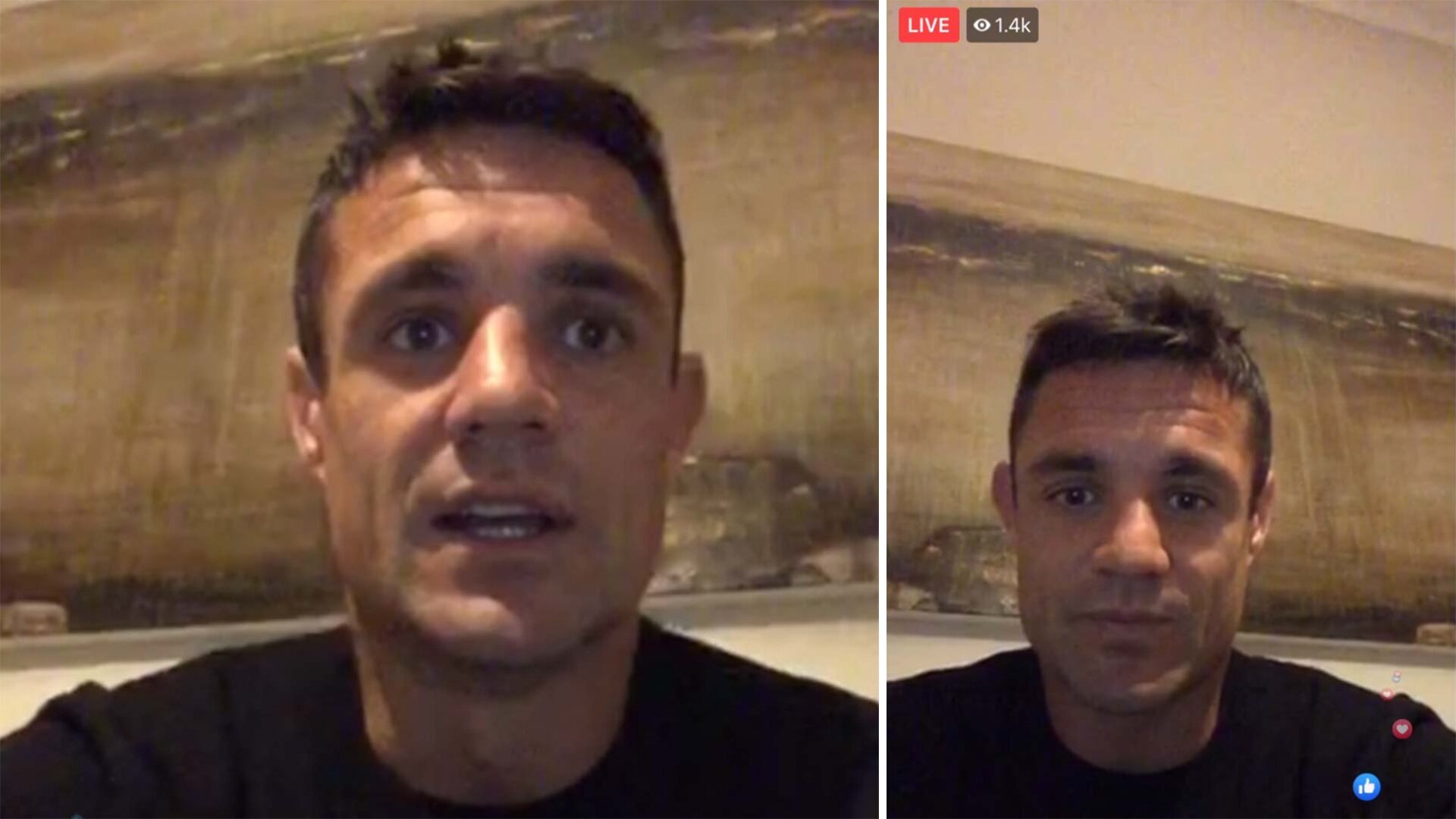 2020 was a bummer of a year – and this Dan Carter moment was right up there in amongst the low points.

The former All Black fly-half had moved back to New Zealand in 2020 after a stint playing in the Japanese Top League. Carter moved back to Auckland to be closer to his family and joined up with the Blues just ahead of the Super Rugby return last summer.

This embarrassing moment came back in July after the 38-year-old took to Instagram to take part in a live Q&A with his followers.

With injuries, the former Crusaders legend wasn’t able to make an appearance for the side but he did play a part in the coaching set-up for the Blues.

Dan Carter went on his Instagram page to address his followers, many of whom had questions to ask the fly-half about his injuries, plans for the future and what his role would be at the Blues after his injury lay-off. It seems that not all fans in the live stream wanted to be quite so civil.

Dan Carter featured for his hometown club, Southbridge in 2020

In his first game in New Zealand since 2015, Dan Carter kicked 12 points while playing for his hometown club Southbridge. https://t.co/LnIJkxHnaH

On the live stream that Dan Carter set up on Instagram, followers were able to enter a chat bar in the corner of the screen to ask questions and to enter messages to the 112 cap All Black.

As the stream wore on and hundreds more people entered the chat, it was immediately apparent that something wasn’t quite right.

Watch the live stream fail in the video below.

Dan getting an absolute ribbing on his Instagram live 👁👄👁 🍺 pic.twitter.com/rAAltdS3RU

As you can see in the video above, dozens of followers start inputting messages asking if Carter could drive them home from town. Some of the messages went as…

“Hey DC, could you sober drive us to town?”

“Danny can you sober D me and the boys to town tonight?”

“Dan could you do us a drive us home tonight?”

The messages are in reference to a drink driving offence committed by Dan Carter back in 2017 whilst playing for Racing 92 in France. 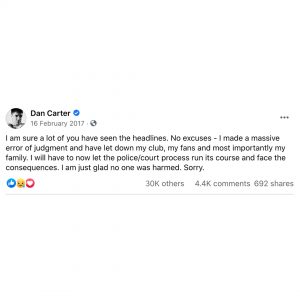 The New Zealand legend was forced to apologise for the offence after being pulled over in Paris for being found to be as much as two times over the legal limit to be driving.

The Racing ace was handed a $1700 fine on a drink driving charge.

The All Black star lost a lucrative sponsorship deal with Land Rover as a result of the ban.

In other Dan Carter related stories